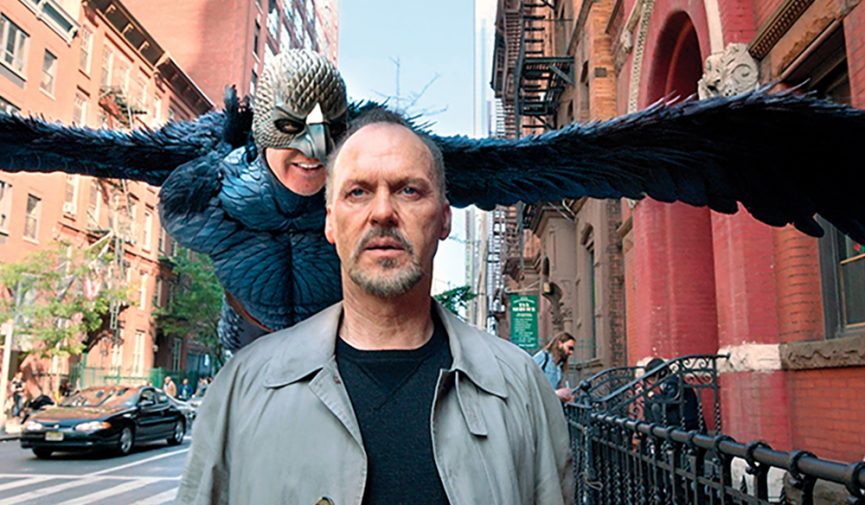 How Symbolic Framing Adds Depth to Your Shot

Background objects can create symbolism in your shot. Be aware of your framing and avoid unintentional messaging.

When your subject overlaps an object in the background, it can appear as if the two are connected. For example, a background object such as a pole or lamp can look as if it is sprouting out of the head of your subject, which often results in an awkward and distracting image. However, not all foreground-background juxtapositions are mistakes. Knowing how to position your subjects in relation to their background can help you add depth and meaning to every shot. 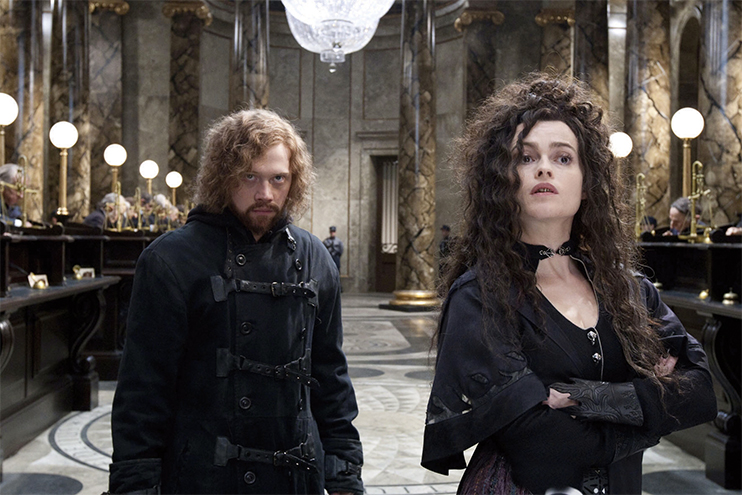 For example, In Harry Potter and the Deathly Hallows Part 2, background columns are sprouting out of the characters’ heads but it doesn’t look bad. In this instance, the columns highlight the verticality of the two central characters, accentuating their posture and bearing.

Intersecting background objects can create interesting symbolism that adds depth to your shot. Let’s have a look at some examples. 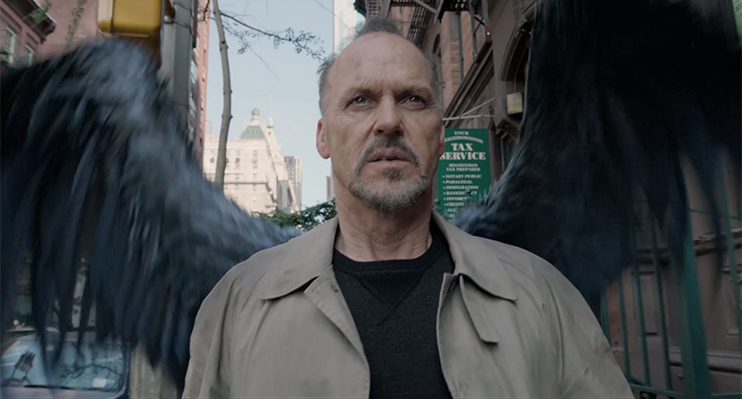 Wings as intersecting background objects appear in many films. Though wings can be a little over the top, they often highlight underlying character traits, and they lend a mythic cast to the scene.

For example, wings can indicate an inner Birdman or reveal the true nature of a vampire, as in Twilight. In both instances, the supernatural or metaphysical qualities of the characters become more overt, simply through their relation to the background. 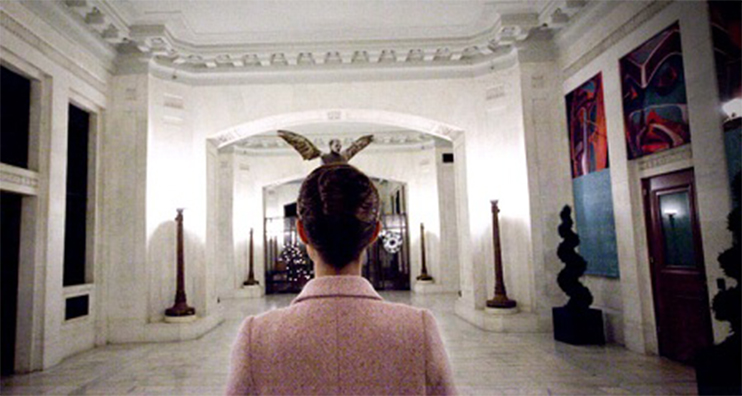 The character traits implied by intersecting background wings are often positive. However, wings can have darker implications, such as wings as subtle horns in Black Swan. 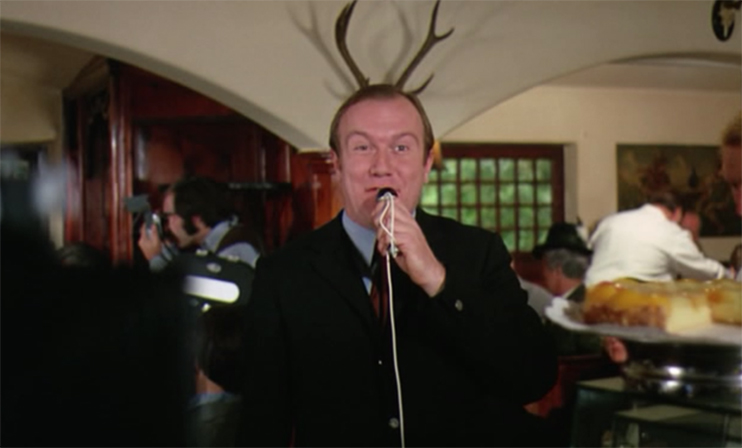 For a meaner and more ominous background intersection, horns and antlers suggest thornier character traits. Of course, horns and antlers as background objects aren’t always serious. When placed directly behind the head of the subject, the association is often comedic. The antlers in Willy Wonka & the Chocolate Factory, for example, work well as a comedic background element because of a direct background placement.

When the subject matter is more serious, background horns and antlers are often staggered away from the characters’ heads. The background intersection in True Detective  reveals a man still haunted by an unsolved case. Since it’s not unusual to see an animal head attached to the antlers, the association of death is never far from the depiction of antlers and horns.

Whether in the foreground or background, flags are naturally packed with symbolism. For the purposes of brevity, I’ll only highlight the use of the American flag.

American flags as intersecting background objects are common in superhero movies. This is usually to emphasize the hero’s patriotism. You can see this pretty clearly in Spiderman 3.

But having a character intersect with an American flag isn’t always positive. Depending on the content of your film, the use of an American flag as an intersecting background object can be more ambiguous and sometimes downright critical. Movies such as Dances with Wolves and Ravenous have addressed manifest destiny and the conflicts associated with the American flag on the frontier.

The American flag is so symbolically potent that it doesn’t need to intersect with a character at all. Its presence alone is enough to invoke the nation’s identity, history, and politics. 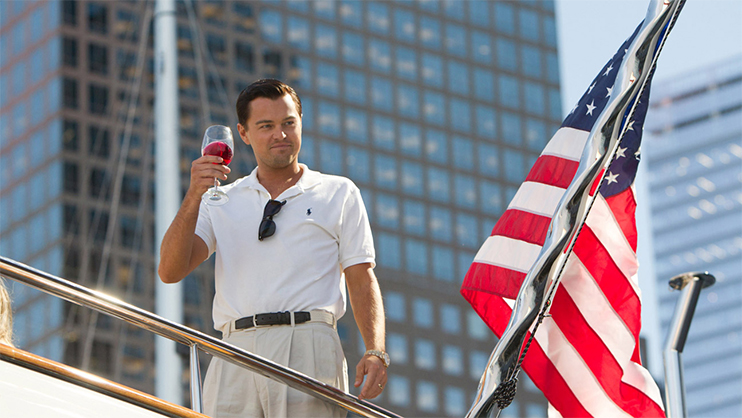 The social and cultural commentary laced throughout The Wolf of Wall Street is enough to add symbolic gravity. We might even be tempted to read into the twisted flagpole. 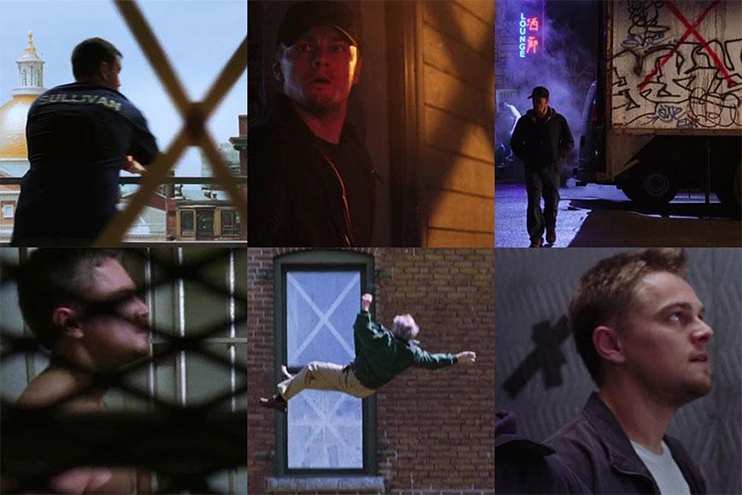 Background intersections in compositions are inevitable. The key is being aware of the potential distraction or added symbolism. There is no end to the symbolic meanings you can create. For a final example, consider the use of the “x” in The Departed as a way of foreshadowing a character death.

Additionally, paying attention to background elements helps you craft frames within frames, which is another important approach to compositional backgrounds. It can be a lot of fun to use background objects subtly, or not so subtly, to reveal underlying character traits and add depth to your compositions.

Have you seen or used background intersections in a creative way? Please share in the comments. 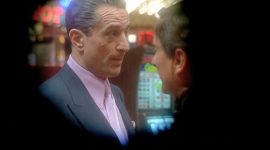