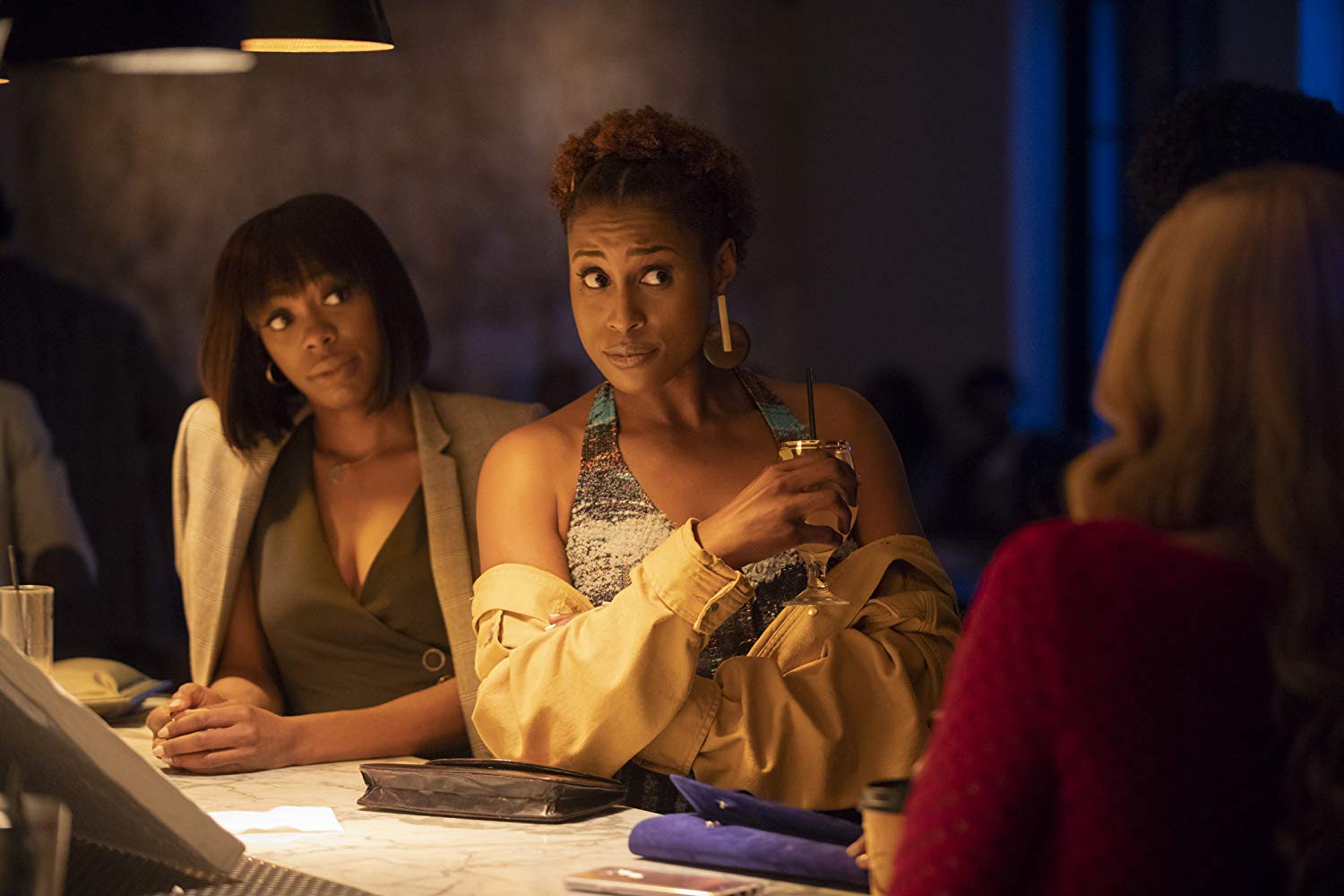 Industry Insights: Behind the Scenes with Editor Nena Erb

We went in-depth and behind the scenes with Nena Erb, the editor of Insecure, Crazy Ex-Girlfriend, and Project Greenlight. 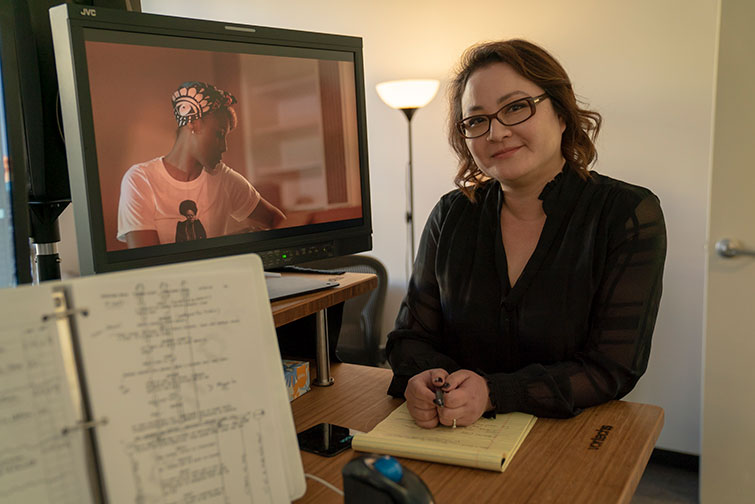 PremiumBeat: Do you have a particular way you like to work, or does it wholly depend on the producers and directors?

Nena Erb: When I start an episode, I usually reach out to the director to say hi or introduce myself, if we haven’t worked together before. I typically ask them how they like to work. Do they like to camp out and watch me address notes on the fly, or are they the type that likes to screen it with me, give me notes, and then leave me to do the work? There are benefits to both methods, and I’m used to running the session in whatever method they prefer.

PB: Does a warm personal connection produce the best results, or have you had artistic conflicts with the major players and it actually upped your game? How hard do you fight for your vision, or do you feel your role is to serve the directors?

NE: Editing is an interesting job. It requires you to be objective and subjective. Subjective so you can pick the right performances that will best tell the story, and hopefully resonate with viewers. Objective so you can pivot quickly if someone doesn’t agree with your vision.

Once you’ve handed in your editor’s cut, it’s not your vision anymore. It’s about the director’s vision or the producer’s vision or the studio’s vision, and your job is to make their vision reality.

And I find that there’s no upside to pushback or [confrontation], if people have a difference of opinion. It’s not about who’s right or who’s wrong. It’s about how you want to tell the story. As an editor, I’ve already gone through all the dailies and know where all the bodies are buried, but they haven’t. It’s my job to take them down that path — even if I’ve already been there — so they can discover things for themselves. I find sometimes revisiting dailies will spark another idea, so I’m all for it.

PB: You came aboard Insecure in Season 3. What’s it like being the new kid on the block with a show that has its tenor and tone pretty well established?

NE: I’ve loved the series from the beginning, so I was excited (but also nervous) when I signed on to work on Season 3. Working with an entirely new group of people comes with its own challenges — not to mention learning the style and tone of the show. Fortunately, Issa Rae, Prentice Penny, Deniese Davis . . . pretty much the entire crew . . . were wonderful. They were all very supportive. And Mark Sadlek, the returning editor on the series, had been there from the pilot, so he was a great resource if I had any questions. The entire team was incredibly supportive and made my first season of the show a wonderful experience. 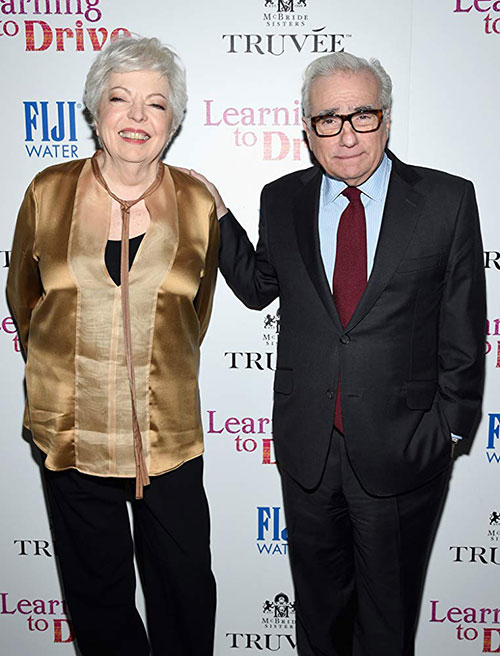 PB: Editing actually has a long history of women participating: Thelma Schoonmaker, Sally Menke, Barbara McLean, Anne Coates. What do you think it is about — the role of the editor — that made it a more practical way in for women?

NE: Back in the day, people felt editing was women’s work because it’s similar to sewing. I’m not sure when in history or how the scales were tipped in the other direction, but it’s become a male-dominated field. It’s hard to give a concrete comparison without stats, but I’ve often been the only woman in the post-production department on my projects. It’s only recently that I’ve found my way to projects that made it a point to hire women editors. Having a female voice in post-production is important. Especially if it’s a show about women. Men and women see and react to things differently, so it’s beneficial to have both voices in editorial.

PB: You won an Emmy for Project Greenlight, and you’ve worked robustly in non-scripted formats. What’s the rush and the challenge in editing documentaries or reality shows vs. narratives?

NE: In nonfiction, the camera captures and documents the events that happen. You have no idea what the story is, and it’s your job to find it in hundreds of hours of footage. Regardless of the project or genre, it’s all about the story. For nonfiction, I prefer to remain truthful. I don’t want to manufacture false moments because I’m not a fan of putting words in people’s mouths, if it’s not what they’ve already stated.

On a narrative project, you know what the story is and your job becomes more about finding performances and cutting the project in a way that elicits the right emotion, or reaction, that you need to tell the story. 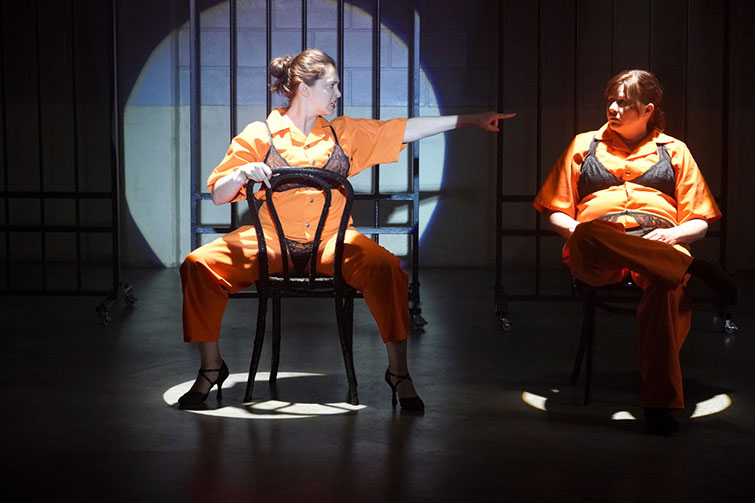 PB: You’re editing the final season of Crazy Ex-Girlfriend. Is there any additional pressure to get it right?

NE: The series was in Season 4, and there was a well-established look, sound, and tenor. The musical numbers, or videos, were what changed from episode to episode. That was challenging, not because it’s the final season but because they run the gamut in genre, and that’s what I love about the show.

The look of the series is well-established, but you get to be creative in the way you cut the music videos. Cutting musical videos on Crazy Ex is a little different because these music videos are essentially Rebecca Bunch’s fantasy, so it’s important to establish the fantasy space vs. the reality of where she is in the show. This way the viewers aren’t confused as to what’s happening. That can be with a lighting change or an effect/treatment or sound design you put in post. And it’s also not just about the choreography in a big dance number, or the wow factor in dynamic camera moves — the most important thing is the jokes have to land. 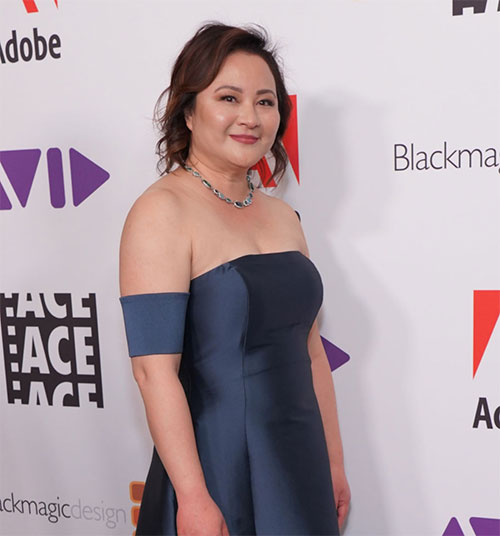 PB: I’m Jewish — you’re Asian — we’re basically the same people. We were raised with parents wanting us to become doctors and lawyers and around Majong games. How did you pitch your family on wanting to become an editor? (I’m asking this for the tons of readers who want to become part of this business, yet get major pushback from their families.)

NE: There weren’t any major conversations with the parents where I shared what I wanted to do. I just kind of did it. And shockingly, they let me do my thing. I’m sure they thought if they let me do this for a little while, I’d get it out of my system and then go to medical school or law school. But after a little while, they realized that wasn’t happening and I was serious about having a career in the entertainment industry.

I told my mom I loved what I was doing and that I can’t imagine doing anything else. And I remember asking her, if she were a patient, would she want a doctor who hated their job? She understood where I was coming from. I’m sure they were incredibly nervous for me but they let me forge on my own path. This is unusual because in Asian culture, it’s about the collective, not about the individual. So for them to allow me to do this went against everything they knew and believed in. 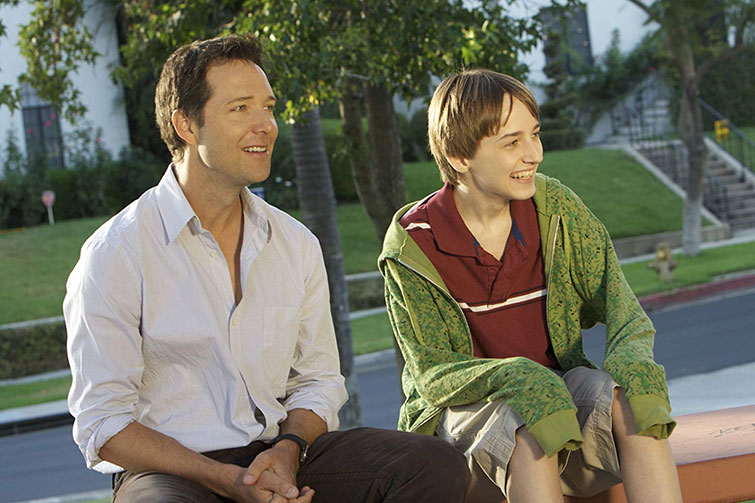 PB: I can’t help but notice that you do a lot of labor-of-love, low-profile projects. Many of them shorts. What draws you to these projects?

NE: I’m drawn to the content. Powerful stories and well-written scripts are the reason I take on side projects. I enjoy collaborating with directors I’ve worked with before, or friends that I want to support. It’s also a great opportunity to try my hand in other genres, and it challenges me to solve problems, without having the backing of a big production. It really keeps me on my creative toes. 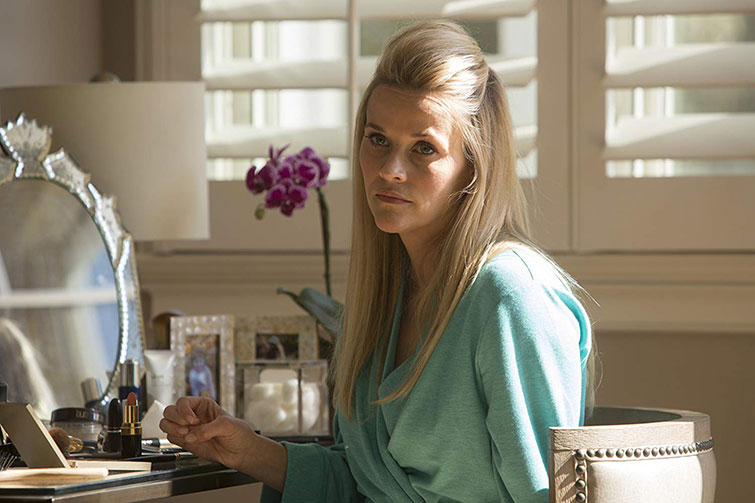 PB: Any bucket list genre or project you’d love to be doing? Someone you are dying to work with?

NE: I would love to work on any of Reese Witherspoon’s projects, whether it’s a feature or one of her limited series. Big Little Lies was masterful, and she’s currently doing another limited series called Little Fires Everywhere, which was a book I loved. I feel she has great taste in the projects she picks, she’s a champion of women, and I love what she stands for.

PB: Finally — any advice for someone who wants to be where you are?

NE: For recent graduates or graduating seniors, look into ACE’s internship program. They will give you such an upper hand in getting into post-production. For those who are getting into post-production a little later in life, I’d say if you’re working as a PA, be the best PA you can be. Anticipate people’s needs and spend time with the assistant editors and learn as much as you can from them.

For assistants wanting to move up, cut as much as you can get your hands on. No production will hire an unknown. Cut as many shorts on the side while working your day job and tell your editor you want to edit. Ask for scenes to cut or recaps to edit so you can be ready when the opportunity to get bumped up to the editor’s chair presents itself.