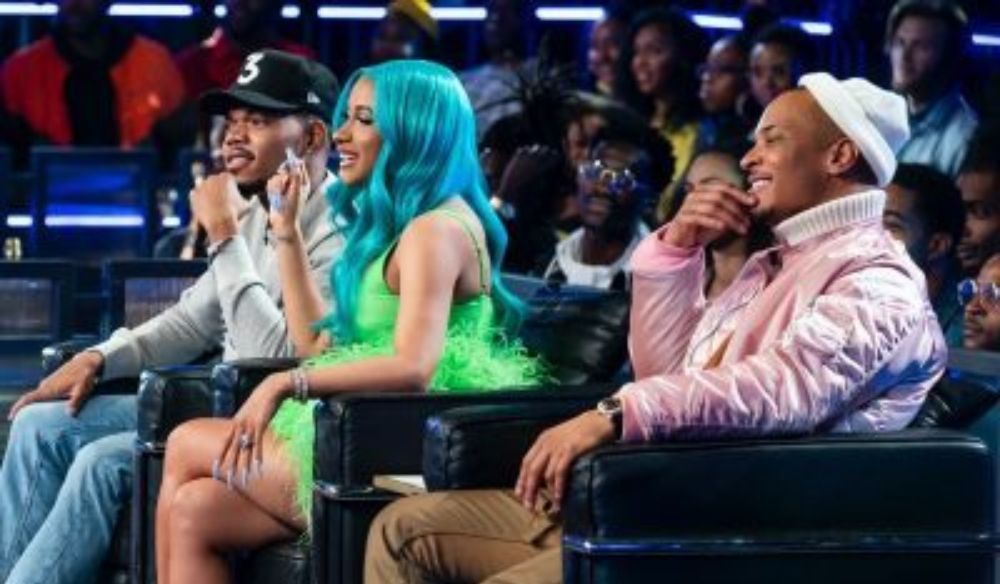 An Insider’s Guide to What Makes Good Reality TV

In narrative screenplays, conflict is king. However, crafting compelling, layered, truthful characters is key to the audience caring about the journey. Reality TV might be the purest exploration of that concept.

One of the main differences between scripted and unscripted is who’s driving the success of the story. Feature films are often thought of as director driven. Scripted TV is the writer and producer’s medium. However, one could argue that Reality TV is made in the editing bay. Hours of footage needs to be whittled down to identify the desired conflict and character development. Reality shows, just like history, are not always grounded in facts, but rather in the interpretation of them by those in charge. Are there any responsibilities in that interpreted representation or is it simply entertainment?

To break this all down, PremiumBeat went to an invaluable source — Emmy Award-winning editor for Top Chef and six-time nominee, Katherine Griffin.

As varied as these shows are, we wondered: Is there a common thread when approaching an edit for a reality show?

Yes, because they’re all different flavors of documentary storytelling. In Reality TV, the editor is the visual writer responsible for tracking every aspect of the story, and that’s the same for any type of show in the genre. One major aspect of that is the sheer volume of footage we are given. We have hundreds of hours of footage with no retakes, and sometimes one camera. So, cutting Reality TV is figuring out how to condense all of that down to a concise, clear story, and often that’s a real challenge. Sometimes, the key moments aren’t even caught on camera, and you have to get creative. Frequently, I look at footage that has no natural beginning, middle, or end, and I have to figure out how to make it into a scene. Just like Tim Gunn says, “Make it work!” The creativity we have as Reality Television editors is awesome.

In theory, the concept of “make it work” seems roll-up-your sleeves romantic, but what about the reality? What kinds of tricks can an editor do to serve the storytelling with limited footage? And, are they different tricks than a scripted editor might use?

Not different, but I’d say it’s fair to say that since we’re approaching the storytelling from more of a writing perspective, we use certain tricks more often. Like cheating lines from an entirely different scene or using interviews to punctuate a moment. We don’t necessarily have all the elements you would naturally expect from a scripted shoot, so we, more often, search across all the footage of the season to find wild lines or reaction shots to make a scene work. When it comes together seamlessly, it’s really gratifying.

Something I think is remarkable about editing reality and documentary television, as a whole, is that the editors aren’t just picture editors. We’re fully responsible for editing all sound, sound effects, music, and graphics, too. Literally, every single thing you see and hear on a reality television show has been chosen and crafted by the editor to tell the story. That rarely happens anywhere else in the industry, but I personally wouldn’t want it any other way. I absolutely love the sound and music editing aspect of my work.

With so much responsibility, one needs great power. Katherine feels most comfortable with Avid, which has great media management and sharing capabilities.

Personally, I only use Avid. A lot of editors jump around on multiple systems for different sorts of projects, and I did do a short film on Final Cut many years ago. But, I just really like Avid, probably because it translates so well from actual film. It uses the same vocabulary and workflow. I learned to cut on film and edited my first feature on 16mm, right out of high school. Then, I took classes to learn Avid when I first moved to Los Angeles, and it just felt so natural to me. Reality and documentary television is predominantly cut on Avid, so that worked out for me. It’s the best at handling large, shared projects, but it’s also the system I use at home for my personal projects. 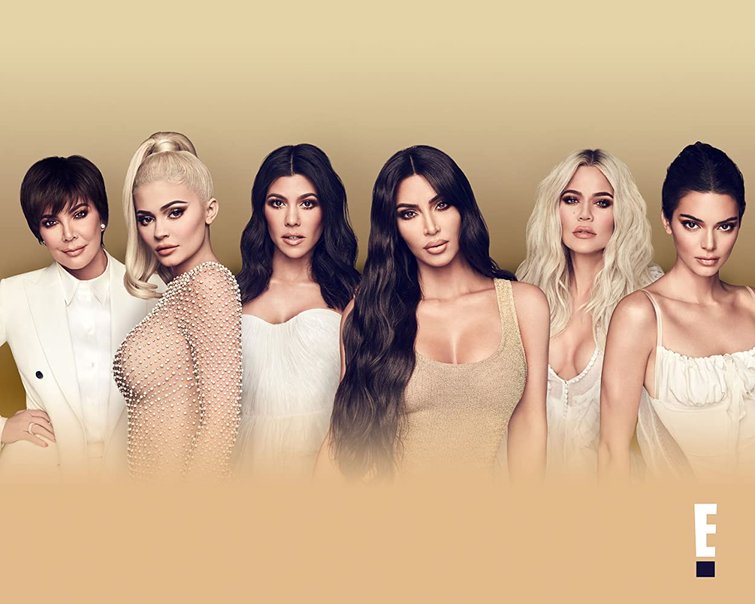 According to a Morning Consult/Hollywood Reporter study in 2018, people’s opinion of Reality TV had a low favorability, but they still watched it. When chatting with Katherine, even I felt the need to offer “full disclosure” that I’ve seen all forty seasons of Survivor. She was very familiar with that reaction and dug deeper on what she thinks contributes to the longevity of many of these reality shows.

Anytime someone tells me they love what I’m working on, they always say something like, “I never watch reality TV, but…” or “It’s my guilty pleasure.” I find that fascinating. I don’t know the exact numbers, but Reality Television must make up close to half of all programming, that must produce billions in revenue. Yet, it has this weird veil of shame around it. And Survivor is the perfect example — try to name one other show with forty seasons!!

I think the personal connection that viewers feel toward these shows, and the people or situations in them, is exactly what gives the shows their longevity. Reality TV is essentially “slice of life” storytelling. Whether it’s a docuseries like Keeping Up with the Kardashians or The Deadliest Catch or a competition series like Top Chef or Project Runway, they are a peek into a subculture that already exists. That is incredibly watchable! And, because we’re watching real people instead of trained actors, people can’t help but picture themselves in the show and wonder what they would do in that situation. Since the casting changes every season — unlike scripted television — a show can keep the same construct season to season, but still feel fresh and exciting with an entirely new set of people. That’s what gives these shows staying power.

The Secret to Casting 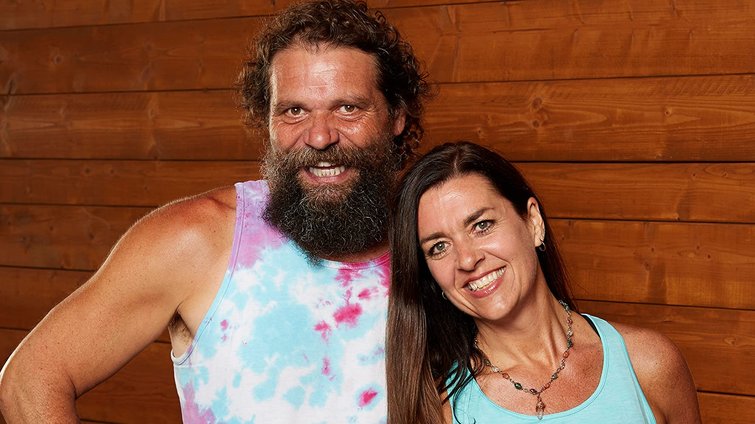 Casting seems to be everything when it comes to Reality TV. We were curious: What are the secret ingredients that contribute to the ebb and flow of a cast member’s popularity across an entire season?

I think the winning formula, once again, comes down to casting authentic people who are willing to share very personal aspects of their lives, in a controlled environment (there are cameras and everyone knows they’re being filmed), where anything can happen, anything can be said, and there is no redoing or undoing it. And, of course, the editing.

That’s the rub, isn’t it? Expecting honesty and vulnerability from people who know they’re being filmed and edited. How much actual reality can you expect to capture? And, who drives that? In narratives, the screenwriter provides the text. In Reality TV, do producers provide the roadmap and agenda or is the show really found in the footage?

There’s definitely a road map. By the time I’m cutting a show, the producers in the field have worked with the producers in post (sometimes they are the same person and sometimes they aren’t), and they have worked out the general structure of the episodes and season. However, if it’s a docuseries I’m cutting rather than a competition, there is a lot of trial and error and a lot of room for exploration. Sometimes, entire storylines evolve from an interesting aspect of the footage that then resonates on screen, or sometimes a storyline the producers thought would be the A-story turns out not to serve the season, as a whole, and gets scrapped. More than any other genre, it truly is editor-driven. One of the things I find so fascinating about Reality TV is that if the same roadmap and footage was given to three different editors, you really would have three very different shows.

Archetypes are created in reality television. Heroes and villains, the crazy, the cutthroat, the trusting or intense. Obviously, choices need to be made to support a character’s narrative that works within the drama of the show. What’s the human cost on that and has a participant ever challenged their depiction in the edit? What are the ethical concerns if a reputation is damaged, since these are real people and not fictional characters? Katherine spoke to that.

I’m sure that happened a lot in the early days of Reality, but this is something that I feel has evolved considerably, even just over my career. In the beginning, it was still the wild west and people might not have known what they were getting into. I’m sure there were people who challenged their depiction, but the contracts they sign are very explicit. I don’t know of any specifically, but I’ll never forget when I was on one of my very first shows, at a company that no longer exists, and a character was outed as gay. He hadn’t come out on his own, and I was mortified. I remember my producer saying, “You have to leave your conscience at the door, Griffin.” Needless to say, I didn’t work there much longer.

I don’t think those kinds of ethic concerns happen anymore, at least not on any of the shows in my sphere. I actually feel the opposite is true now. I just finished a season of RuPaul’s Drag Race All Stars, and the executive producer worked closely with me to make sure the depiction of each queen honored exactly who they are.

Mostly, the characters reveal themselves, and we just let them do it.

Where is the future of Reality TV going? Will influencers such as the Kardashians, the helpers such as the Queer Eye team, the Real Housewives of insert city here, or the competition shows lead the way? Katherine sees a new trend based on a new normal.

I think this culturally tumultuous time we’re living through will have a big impact. Covid-19, the Black Lives Matter Movement, the upending of our government … they’ll all inform shows moving forward. Reality TV is perfectly suited to address current events head-on because of its documentary style. It’s reflective of the times. It actually pains me that the term “Reality TV star” has become so derisive because of the current occupant of the Oval Office, because I think Reality TV is very powerful and extremely creative. It has such a wide range, and there’s truly something for everyone. Who would’ve thought that a show about couple’s therapy would be so magnetic and raw? Or, that you could have so many different shows about baking? I think it’s awesome that these shows showcase such incredible talent and, in some cases, shape industries. That’s powerful!

The movers and shakers of the industry might be the most tangible beneficiary of Reality TV. But, for storytellers and storytelling lovers, the gem plucked out of talking to Katherine was her observation that “mostly characters reveal themselves.” Her job is the intersection of art and technique, but her gift to viewers, supported by the continued popularity of the medium, is being able to find the footage that makes everyday people relatable and empathetic.