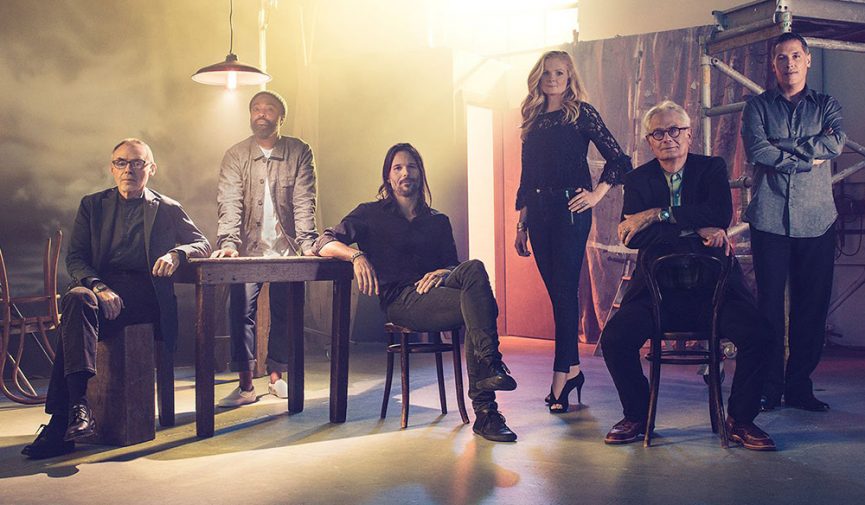 Follow along as the cinematographers behind some of the year’s most-acclaimed films share behind-the-scenes stories and offer real-deal industry insight.

The Hollywood Reporter’s annual Oscar Roundtables are a fantastic watch for anyone with even a mild interest in the film industry. The concept is simple: Gather a handful of contemporary filmmaking’s best and brightest, stick them in a room together, and film the conversation. The result is always fascinating, insightful, surprising, and inspiring. Plus, you can finally put a name to a face to a shot!

This video, over an hour in length, is well worth your time. It’s not just a simple conversation — it’s a culmination of years of experience, passion, and technique.

Here are a few of the discussion’s key highlights and eye-opening takeaways.

Prieto recently had two major films released around the same time — the sci-fi romance Passengers (on which he utilized the ALEXA 65 of The Revenant fame) and Silence, which was shot mostly on film. During the roundtable, Prieto explained his decision to shoot Passengers digitally and discussed the importance of the feeling you get from an image.

We felt the image, the oxygen, should be clean. And for me, the grain gives you a texture that gives you also a vibration that didn’t feel accurate for Passengers. So when I performed several tests and showed Morten Tyldum, we agreed that Passengers should be this format. Whereas on Silence, it was about hiding, it was a very different thing.

We needed clarity on Passengers, clarity of the air. In Silence it’s priests in Japan. Most of the time they’re hiding. There’s a lot of darkness, candlelight — I used some digital for that. I used ALEXA anamorphic lenses for the low-light capabilities. So I was able to shoot most of it on film. There was a lot of exteriors and I felt that using the film for certain scenes where the texture needed to be a bit rougher was necessary. For the night scenes with candles, I used digital.

Bradford Young’s ever-expanding resume has positioned him as a contender for the title of The Next Great Cinematographer. His impressive work on Arrival is proof of his wide-ranging talents and photographic expertise. In the roundtable, Young focused on the philosophy of cinematography and the importance of trust and communication with the director.

My requirement is, after we go through the war, that I can break bread with you at my table, with my kids and my wife. So, for me, I try to give the benefit of the doubt with the literature, because sometimes the literature isn’t sewn up as tight.

So I’m hoping the director is going to bring a lot of his or her own temperament, accent, [and] perspective to the thing we’re about to wrap our minds around. The community-building thing comes out of the desire to collaborate. At the end of the day, I want to be your friend. With Dennis, I was a big fan. I feel like I knew his writing on the wall.

Sandgren’s stellar work on last year’s love letter to classic Hollywood musicals — La La Land — makes him a frontrunner for the cinematography Oscar at this year’s Academy Awards. Shooting on film and successfully achieving a golden-age-of-cinema look came with a few worries and fears. In the roundtable, he sheds some light on the necessity of planning before you shoot:

Whatever you do on set is so important, and there’s so little you should do in the DI, in my opinion, because the more you do there, the more you screw up the image and how it was captured. The DI is an amazing tool, allowing you to fix things you’ve screwed up, but I think the general look of the film is always created with the lenses or film stock you’ve chosen.

In the course of the conversation, Christensen made an excellent case for shooting the play-adaptation Fences on film. Gritty texture was a must and director Denzel Washington’s trust in Christensen was key. Regarding her recent work on The Girl on the Train, Christensen praised the textures that come with shooting on film.

We were planning on being so close on our lead actress who’s observing other people’s lives from the train. It was so much about a POV story, it’s a girl right there, who is observing people and thinking her thoughts that aren’t what really happened in reality, so there’s a lot of things we had to express with images. We had to be so close to her.

Photographing faces, you have to be careful about how sharp an image is. The thing that I always liked about film is that each frame is different. So the fact that one frame goes to another, and the grain is in a slightly different place, actually is much more forgiving for the human face, and it actually gives you a certain quality that I find fascinating.

John Toll (DP for Billy Lynn’s Long Halftime Walk) offered some interesting insight into director Ang Lee’s controversial decision to shoot the film in 3D at an unheard of 120 frames per second.

He has always been interested in the idea of high frame rate, and so he really wanted to explore the idea. But it was primarily to — [it was] an enhancement to the story, a way to become a little more intimate with the story, especially the characters and actors, and he really saw the value in the process for that. It was primarily a new way to tell a story, a new way to involve the audience, and [Lee] intentionally chose Billy Lynn as the project because he did not want to imply that it was technology to create spectacle, but rather creating more intimacy.

Here’s some closing inspiration from Bradford Young, who called out the necessity of truth and self within your art with this final thought on capturing images.

Which movie from last year do you think looked  best? Do you disagree with some of these cinematographers? Let us know what you think!