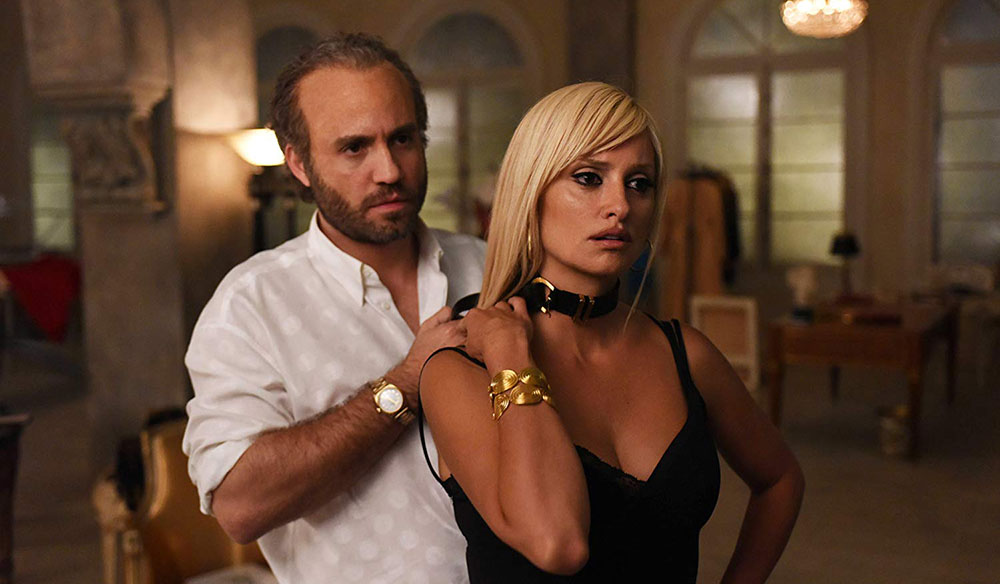 We sat down with art director Adam Rowe to discuss his vision of success in the industry — inspiration, process, and hard work.

Art Director Adam Rowe‘s résumé should include narration by Casey Kasem, as it could be a Top 40 countdown of some of the most beloved fan favorite hits on TV. From the acerbic wit of The Good Place and Parks and Recreation to the macabre of Dexter and American Crime Story, the tone of the series translates into a distinct look and feel by Rowe and his team. 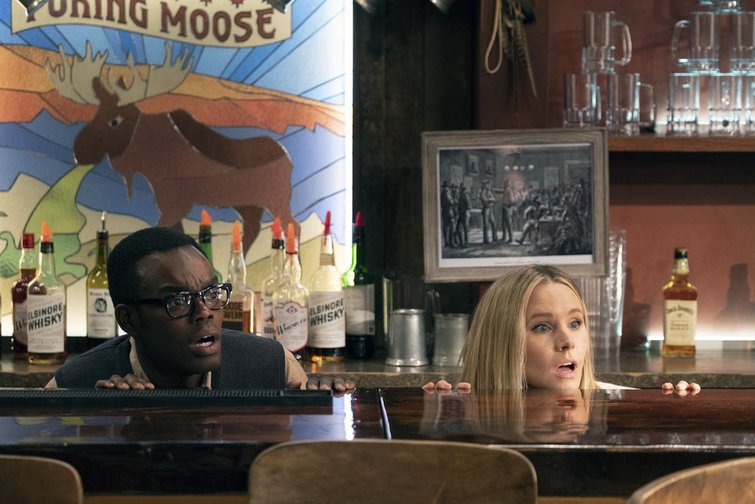 The unique visual identity of The Good Place. (Image via NBC.)

PremiumBeat: On any given project, you’re tasked with facilitating the production designer’s intent, giving the film or television show its unique visual identity. Do you have a standard way of achieving that, or does it depend more on the way each production designer works?

Adam Rowe: There are a lot of variables. The first being how prepared is the production: Is this just a concept? Is this really happening? Do they have scripts, set outlines, verbal descriptions, secret emails, or just holy crap make-it-now! I have worked on a range of projects that fit into all of those situations. That usually dictates the interactions.

Regardless how the production designer develops their vision and wants to run their department, an art director interprets and makes. Collaborating with many other voices (directors, show runners, producers, craftspeople), I create whatever the project needs by navigating time, money, and space. I am always delivering something unique to the story we are telling and engaging with an audience.

I’ll use this analogy. Who doesn’t love origami? If you were tasked with making an origami swan — something I think most people have done — Designer A says, “It’s a golden swan with a very long neck.” And Designer B says, “I think it should be inspiring and should fly.”

You have to react differently to those objectives. For Designer A, you get various gold papers, phone an origami friend, watch YouTube, avoid paper cuts, and make a bunch of long-necked options.

For Designer B, you interpret and inform. The bridges between words, visuals, and realizations can be different per job, but I utilize the same tools. Thankfully, the image banks on the internet have helped greatly. And we must not forget the value of a quick hand drawing or an improvised mock-up.

For that flying swan, you’d conceptualize, develop, and formalize through the help of imagery and dialogue, then realize. Probably soliciting the help of (most likely) someone into paper airplanes. For these two designers, you produce two very different swans. But both unique, beautiful, and ready for their close-up. 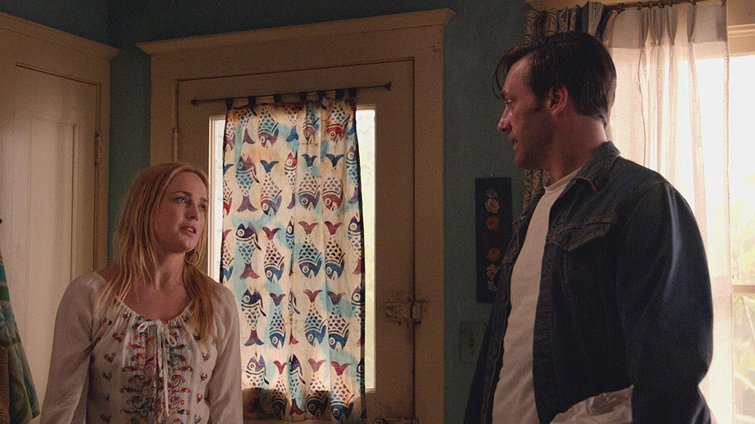 PB: How much does technology inform your work? Any software products that make your life easier or are indispensable to your flow?

AR: Tech is almost immeasurable in the Art Department. For starters, it has influenced rendering styles. Through digital model making, or 3D printing and innovative sketching, producers and directors can more accurately see the world we are making.

There is more fluid development for concepts. Group chats, virtual conferences, FaceTime, and amateur news reporting can bring critical voices closer to the development process. I say amateur because I have been known to make “Adam Rowe, reporting live!” videos to update and inform any number of collaborators. Things are easier to research and share.

I remember on Mad Men having a connection to a local library staff member in the city that was where the fictitious Draper family lived. Even though I loved a weekly chat to learn about the local train station in 1953, I can now access the information online and have an endless world of historic tidbits, thanks to people who enthusiastically post information.

Tech has completely changed and influenced how I work — efficiency, mobility, communication, development — like I said, it’s immeasurable. There is almost no part of the process that hasn’t been influenced by tech. Except for maybe human connection? The process of making something together is still tech free and daily inspiring. Equally important is that connection I can have with an audience when they laugh at a site gag on The Good Place or feel the exuberance in the Life Cafe in Rent.

My favorite tools are my MacBook Pro and the Internet. I also frequently use Creative Cloud, SketchUp, iTunes, image banks. But, most importantly, I still use a good old-fashioned pen and notebook and my silver Toyota truck. 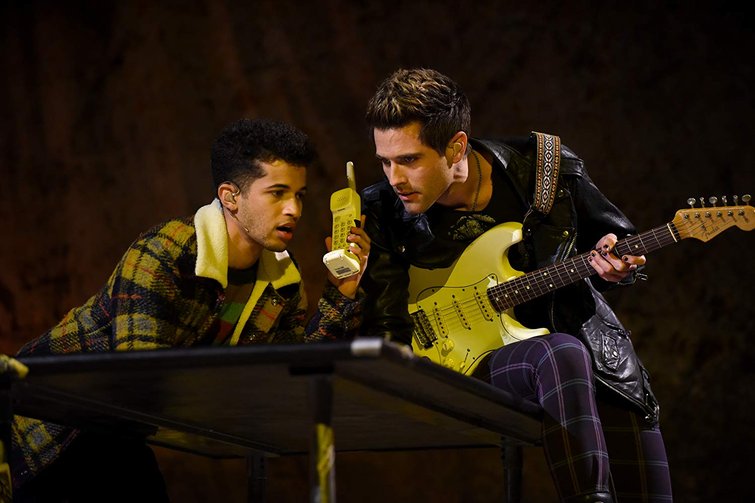 PB: Rent: Live had to be a challenging assignment. What were the preparations like, including the less glamorous aspects of budgeting, people management, and administrative duties? What was the biggest reward from putting that all together?

AR: RENT was one of the most exciting projects I’ve been on for a myriad of reasons. It was inspiring to me as a young lover of theater and music. That appreciation and love helped lift up any heavy hauling that took place in making that project. The preparations were extensive, and I could write a long essay about it. But, in brief, we made that space from the ground up. Audience considerations, rehearsal spaces, camera, scheduling, staffing, music, backstage access, budgeting, budget changes, information tracking, distributing, fire effects, security, electrical, structural, rigging, tech support, storage, dressing rooms, don’t forget ramps, railings, and safety. And oh, the musical itself.

Onto the less glamorous aspects … I don’t know how glamorous any of the above sounds, or how glamorous sitting in the construction site sound stage is after being wet from working in the rain. Trying to track down what mattress size was being used for the musical number “Contact” so we could turn a hospital bed into a light box that needed to be ready for rehearsals in ten minutes. The glamour is apparent when you see that uplit bed on camera with the dancers executing kick ass choreography, or when the joined two casts come on stage for the last act of the show and you’re sitting next to the stage manager singing your brains out along with them. That’s glamorous to me.

I can’t say there’s a bigger reward than earning an Emmy for working on something you loved and dreamed of doing? I think it’s also knowing we inspired a new wave of audience members to love that musical. 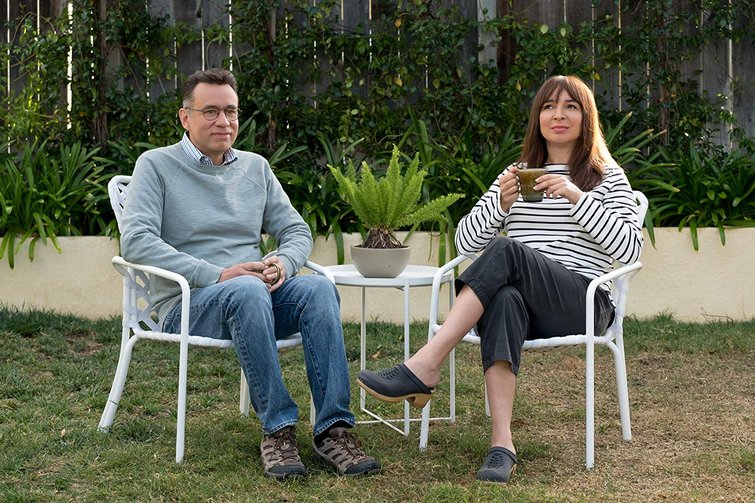 The earthy, yet ethereal feel of Forever. Image via Amazon Studios.

PB: Forever had a very distinct aesthetic. You were going for the mundane, yet otherworldly. What were the considerations around creating that sterile world?

AR: Mundane is a good word. Throughout the process in the art department, including set decoration and props, there were options that ranged from mundane to exciting, and often the mundane or “boring” decision was selected.

Amy Williams had an affinity for mid-century modern. That comes with the line quality of tight, real, and clean. It rippled into a lot of decision-making. So, when making decisions on site, it wasn’t always the first instinct. You’d have to remember to breathe and think critically to try and make a look authentic to this vibe.

We made tighter, smaller bricks in the house when developing its design. Grout was straight and narrower than what is common. The world was a quasi-purgatory. So, we had to restrain and think about what would be there.

Regarding lamp selection, Amy and Melisa Jusufi curated a museum of fantastic lamps. Take a look at that set and tell me you don’t want every damn lamp in that house. It was careful, unique, and deliberate.

One of my favorite things about working with that aesthetic was collaborating with our Greens Department on all the plants. Our Greensmen clipped and clipped and clipped to make sure those topiaries were tight, clean, not too dynamic, and weren’t going to upstage the others, and together on that street they looked otherworldly. 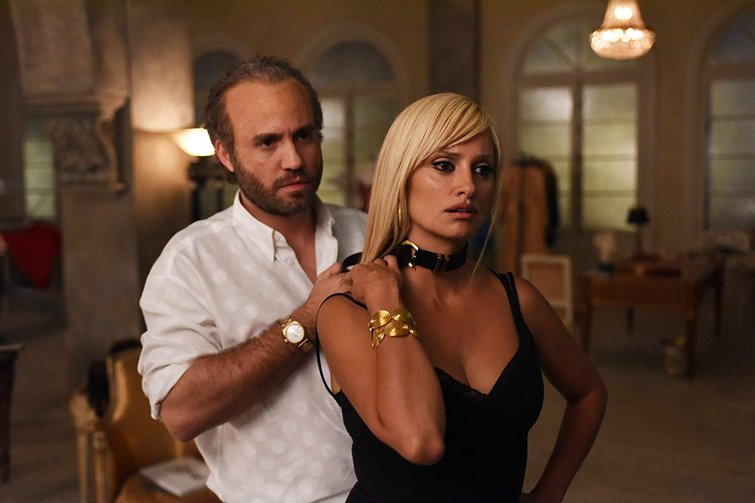 PB: You’ve worked on many well-respected, prominent, and divergent projects such as The Good Place, American Crime Story, and Parks and Recreation. Any difference for you when you’re working on a show that’s in the middle of a successful run?

AR: Thank you for saying that. I try very hard to find projects that I sense are special, interesting, and will resonate. I come to each project with the same mindset, and that usually carries through the whole creation. You don’t often know how successful a project is going to be when making it. Parks and Rec was rumored to be canceled and then renewed on airplane rides to and from NYC, several seasons in a row.

I worked on The Hypnotist’s Love Story with the creator Katie Wech for ABC. Sadly, it was a pilot that was not picked up. However, I went into that show and maintained the same respect and enthusiasm as when making American Crime Story. 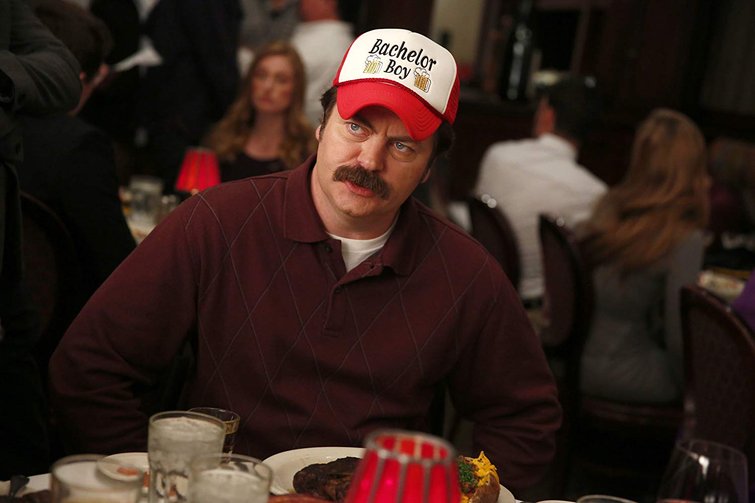 Despite rumors of an early cancellation, Parks and Recreation lasted seven seasons. (Photo via NBC.)

PB: Clearly, you need to have an intimate working relationship with the production designer, but what other stakeholders are key to executing your vision? How involved are producers and directors typically in your day-to-day work?

AR: In no particular order, the construction coordinator, set decorator, and painter in charge on any project are key players. Collectively, they can expand or limit what a project is capable of. I have been very lucky to work with very skilled, well-resourced, and fun collaborators. It’s hard to take any one of those elements out of the equation and still produce a wonderful world.

Producers and directors might not see me every day. Some might not even know what I do exactly. But, I have them in my head with each idea or decision. I’m not making a project in a vacuum. I’m doing it with them and for them, so I keep their notes and guidance in my mind. 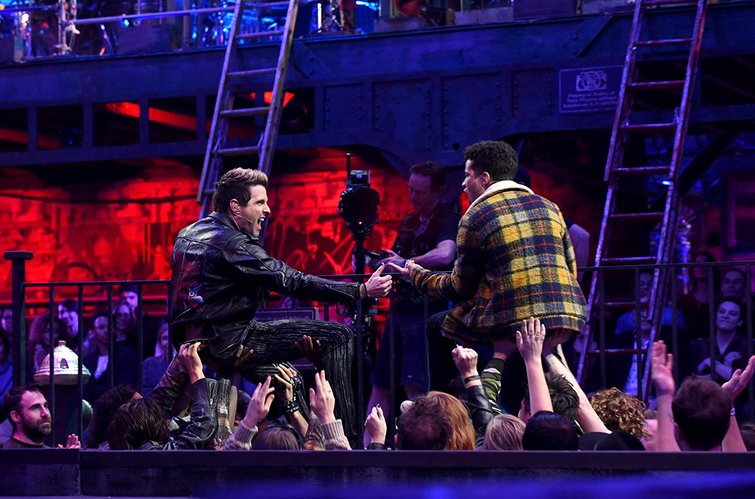 PB: When you see something and are critical of the art direction, can you usually identify what is off or went wrong? And, if a project that you didn’t design impressed you, what about it worked so well?

AR: It can be hard not to be critical. Even in my own work, I can watch something and say, “Why did we make that decision?” We are in a culture that loves opinions and probably prefers the bad ones. How often do you find yourself looking at the negative reviews on Yelp or Amazon?

I try hard when I watch something to plug into the wonder and enthusiasm. Especially on shows like The Dark Crystal, Stranger Things, or even homemade YouTube videos. But I can admit it’s sometimes fun to watch a disaster.

It’s healthy to be a spectator, to be engaged and just watch. I recently saw Le Reve in Las Vegas and it’s been two weeks and I’m still filled with “How’d they do that!” wonder. It worked well because it was filled with spectacle, surprise, and was like an amazing dessert. You can’t explain why it was so fun to enjoy, you can just experience it.