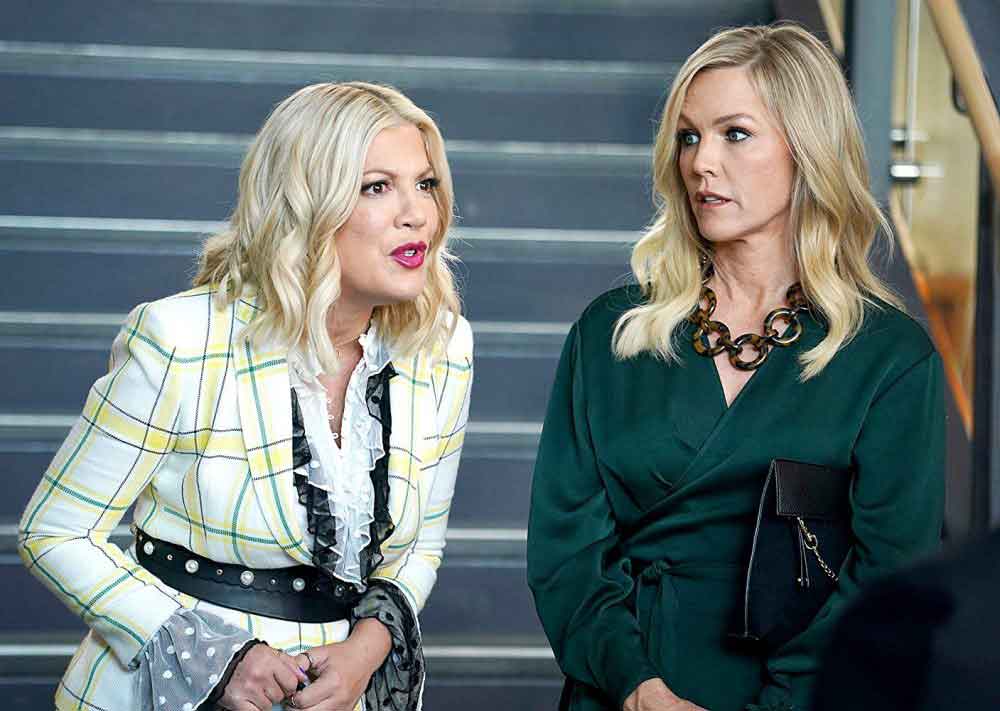 PremiumBeat sat down with Brian H. Kim of BH90210, Hello, My Name is Doris, and G.B.F. to gain a unique perspective on working in these disparate worlds.

Brian H. Kim is a multi-instrumentalist and singer who has recorded and performed with superstar talent, such as Adele, Neil Patrick Harris, Lin-Manuel Miranda, Patrick Stump, and Boyz II Men. As a film and television composer, he has seamlessly navigated from studio blockbusters to indie cult classics to everything in-between. 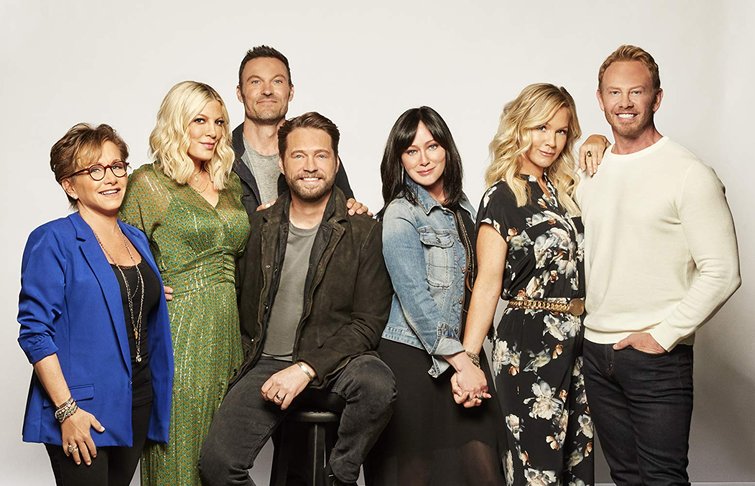 PremiumBeat: Brian, many people were excited to revisit all their friends at the Peach Pit with the brand new BH90210! When updating a beloved series, how close did you stay to the original’s musical feel or did you leave the 90s behind?

Brian H. Kim: I was excited too! We tried a lot of different ratios of modern-to-retro as we figured out what the score would be. Did we want 90s sounds throughout? Did we want none? In the end, we figured the best place to use those iconic 90s sounds would be in the flashback/dream sequences, where we see the actors inhabit their old characters. There are also a couple of very distinct callback moments (like the intro of Christine Elise/Emily Valentine as the new network executive), where we thought a really strong throwback sound would help sell the scene.

The majority of the score, though, is kind of a mashup of Beach Pop and Light House music. The big focus was keeping everything fun and bubbly — even the dramatic scenes have an element of pop to them. Tori Spelling has described the show as a “soapedy,” and so we always wanted to emphasize the fun of every episode. 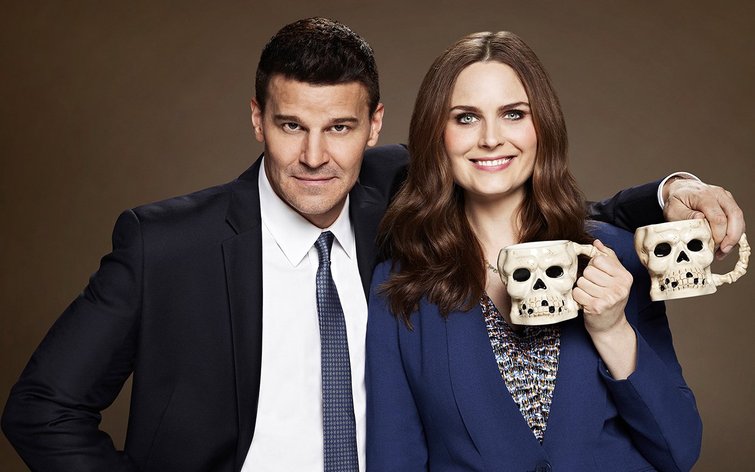 PB: You’ve worked on series that have had very successful runs, such as Bones and How I Met Your Mother. How do you keep the musical footprint fresh, while also maintaining a consistency to the vibe of the show?

BK: I try to focus less on myself and what I want, and more on what’s happening with the characters. As the characters are experiencing new events and emotions, I can take old themes and sounds and rework them to match what the character is going through. My longest running solo gig was the Disney animated series Star vs. the Forces of Evil, and over the course of four seasons (over five years), I loved being able to dig deep into established themes and make them more bespoke to every new episode. When that show was done, I felt like I had put together a body of music that was substantial and far-reaching, but also really cohesive. 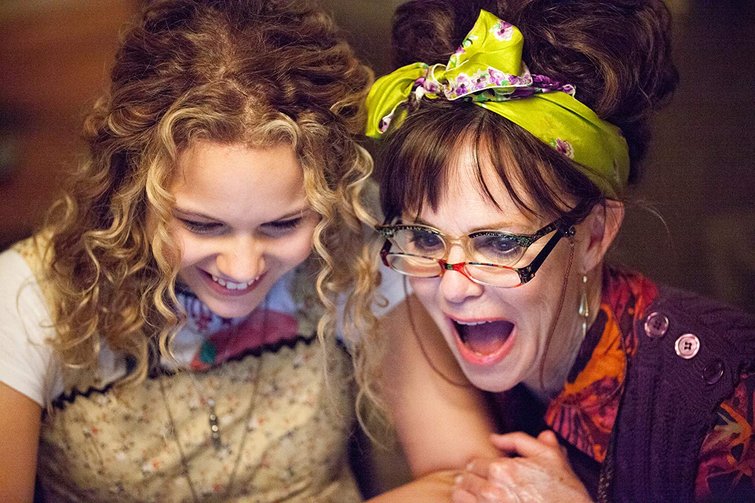 PB: Although you’ve done many television shows, you’ve also done several independent films, such as Hello, My Name is Doris and G.B.F. How is the process different for you working in film? And, since no two experiences are alike, how did it work with Directors Michael Showalter (Doris) vs. Darren Stein (G.B.F.)?

BK: All of my TV work has been really run-and-gun. Not a lot of time to second-guess myself, just have to think and work as quickly as possible and move on. So on my shows, I spend a lot of time in the beginning — both on my own and with the showrunners — establishing a sound and vibe for the show, so I can use that as a template moving forward. I can, of course, adjust and add/subtract to the sound as I move along, but having a base set of sounds to start from is so key when I have to write, say, half an hour of music in three days.

On those films, my experience has been much more contemplative because both the films you mentioned were not burdened by super tight deadlines. So, I could work more slowly and breathe a little more.

I was a big fan of both Michael Showalter and Darren Stein before I worked with them (for The State and Jawbreaker, respectively), and so working with each of them was very much a dream come true. On G.B.F., Darren really wanted to make sure I stayed true to the John Hughes-esque nature of the film, playing up the emotional stakes (everything in high school feels epic), but also being aware of camp during the more fantastical moments. Darren has such an eye for color and scale, so putting together the 80s-inspired score for that film was always about matching his level.

On Doris, much of our discussion was the opposite of G.B.F., in that, we always wanted to skew smaller. Sally Field‘s performance is really remarkable, in that, she really grounds a character that could easily have been a punchline (a hoarding, anti-social, fantasy-filled recluse). And so, we never wanted the music to make her a joke. We actually put together a lot of cues for more comedic scenes and then scrapped them, because the scenes played much better dry. So everything was played from a very specific point of view — Doris’ point of view. Intimate, but always with a bit of naive wonder. 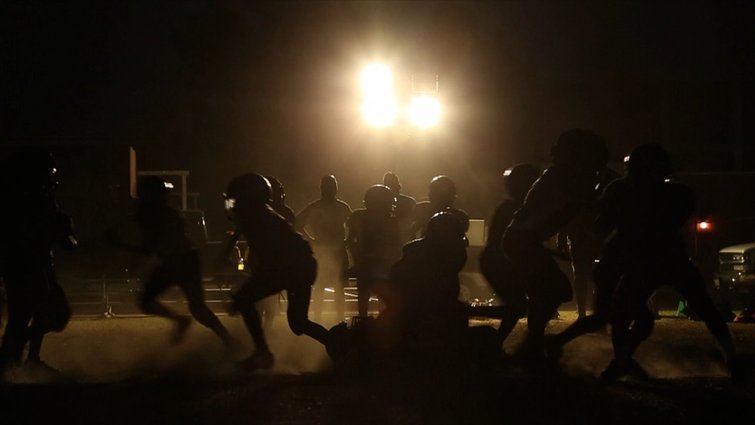 Requiem for a Running Back via Hydro Studios

PB: Documentary work seems to hold a special obligation when it comes to scoring, since you are supporting a subject’s specific point of view. Do you approach non-fiction composing differently than narrative?

BK: My documentary scores have always been suite-based, in that, I compose a handful of much longer cues at the very beginning of the process, and then we chop them up and adjust them into smaller cues once we get locked picture. The scores are kind of placing an additional structure on top of the points of view that are already coming across. Like, for Requiem for a Running Back, our narrator/director Rebecca Carpenter travels across the country speaking to advocates and victims of CTE (Chronic Traumatic Encephalopathy) in the NFL, and we wanted to give all of her traveling sequences forward momentum. So, I composed a big cue with foot stomps and stadium claps and choppy solo string passages. The pace of the cue gives us the momentum, but using that vibe every time she travels gave the film some additional structure. Like every time she entered a new city, we started a new subplot, and the music was an aural starting point for that new subplot. 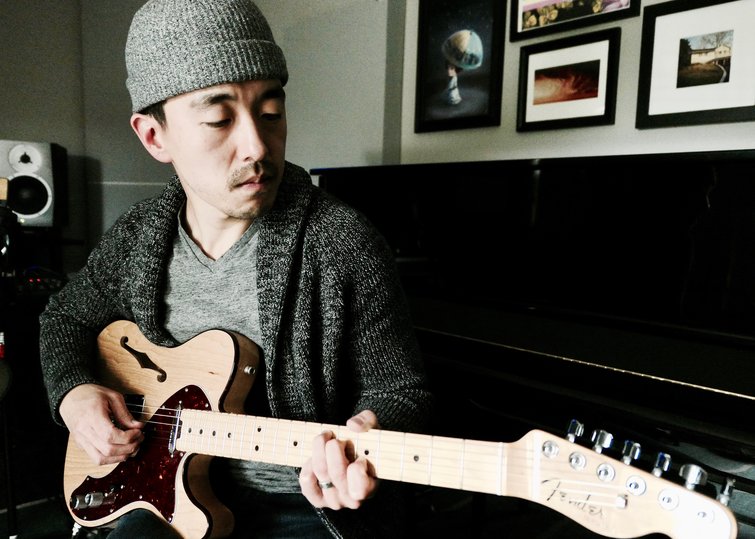 PB: What is your preferred creative process with a new score and what is the role of technology in that process?

BK: It’s a different process every time! It really depends on the director or showrunner or writer or producer I’m working with, and what works best for them. Sometimes I write a suite of themes, or sometimes I send them songs and YouTube clips, or sometimes I just dive right into an episode, or film, head-first and see what happens.

Technology is really key in all of these, because without things like my computer or Cubase or Vienna Ensemble Pro or Universal Audio or Kontakt (and MANY others), I wouldn’t be able to create a starting template to work from, and I’d have to route all of my instruments and busses from scratch every time I sat down to work. Which would be a nightmare.

New plugins also allow me to, say, run an audio file through a different mic preamp (“3 Preamps” from Arturia is pretty wild). Or, have an entire rack of analog synths that actually remember all my settings (again, Arturia). Or have a plethora of tape artifacts to sample and splice (Soundiron). Or Splice! Ah, Splice. That website is such a game-changer.

Given all that, I do think my rig is very simple compared to some others I’ve seen, in that I only have one computer, my studio is only one room, etc. While I do like having lots of software and tech at my fingertips, I am most comfortable when I can feel like I run the tech, and the tech doesn’t run me. This is just personal preference, though. I’m always super impressed by composers who have these setups that are technological marvels. Or composers who just work with paper and pencil!

PB: What advice would you give to a composer currently building their resume and hoping to someday be working on major film and television projects?

BK: Don’t focus on following a specific path. There are a million different paths into this job — grad school, internships, being in a band, producing songs, theater work, etc. One path isn’t better than another, and you should be open to everything, because (at least for me) a wide variety of experience can be a huge blessing.