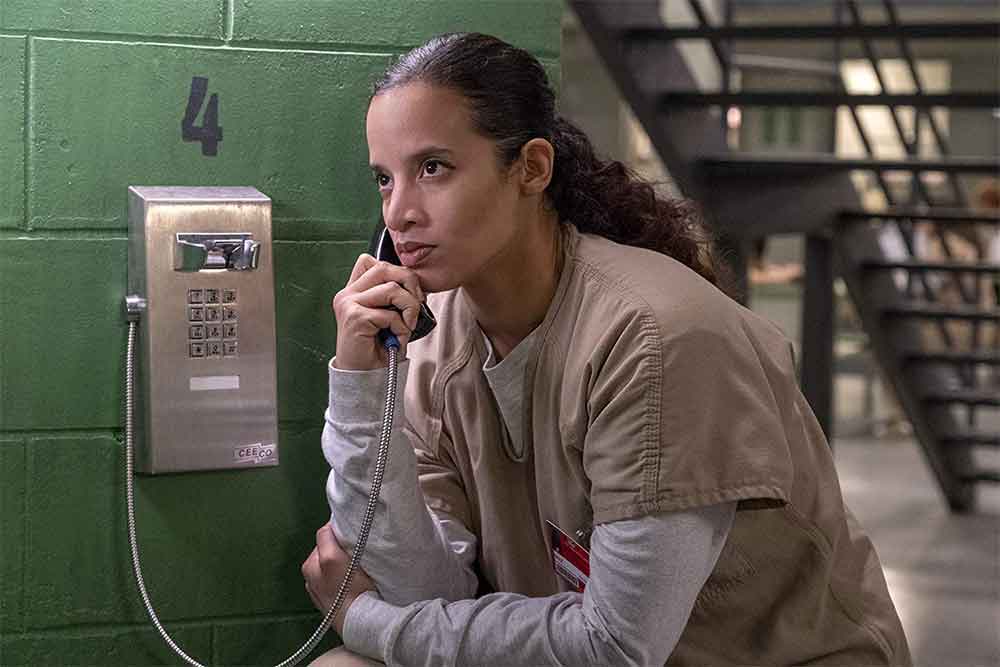 PremiumBeat talked with this versatile designer about the process and people involved in creating the look and feel of very different properties.

Production Designer Malchus Janocko has explored the cell blocks of Orange is the New Black, the privileged lives in Gossip Girl, and the heightened Marvel universes of Spiderman and Luke Cage — to name a few. 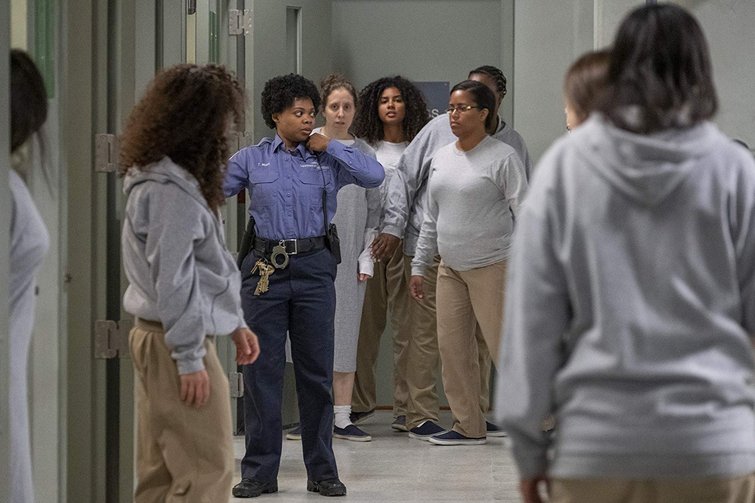 Orange is the New Black via Netflix

PremiumBeat: When Netflix debuted Orange is the New Black, it was an instant hit. How has the production design evolved as the characters evolved on the show?

Malchus Janocko: I joined the crew for Season Four and we inherited a strong history of design and characters, built by the previous team. The design evolved as the story grew and we moved from minimum security to maximum security, and then the addition of the ICE facility. We were given new characters and new flashbacks every season, which gave us a great deal of scope and scale, while remaining firmly in prison. For the final season, several of our characters are released and we follow them into new situations — outside jail — that are not flashbacks and we really get to see both the light and dark side of being released from prison. Adding the “Immigration and Customs Enforcement” story to our world made the stories very current.

PB: As this is OITNB‘s final season, how do you emotionally leave a beloved project behind and reset your creativity for the next gig?

MJ: I have loved working on Orange. It was such a creative and original, poignant and important show. The whole art department was in a sad state after we wrapped. I had the good fortune of restoring creativity and design mentality by teaching at Savannah College of Art and Design for the spring quarter. It was such an amazing opportunity and gear shift, with amazing students. 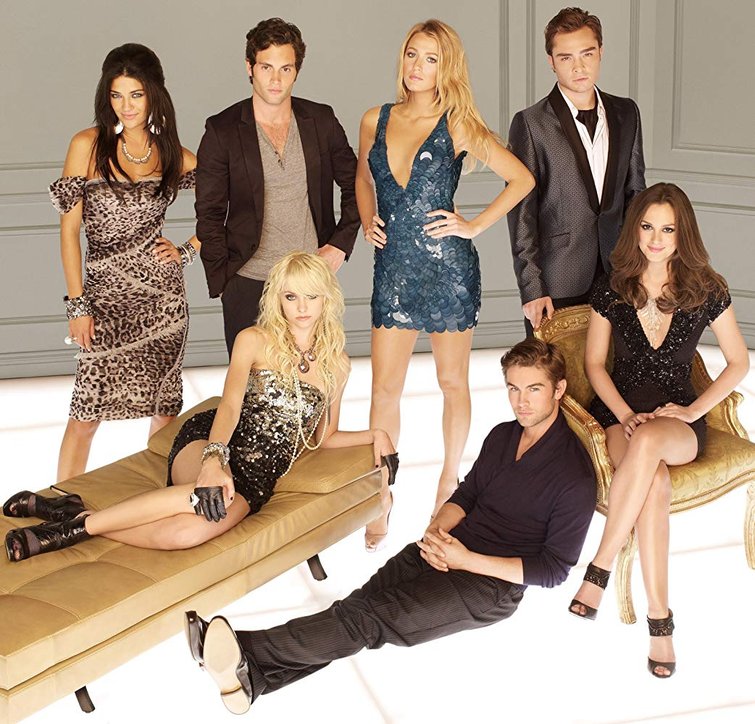 PB: Prior to Litchfield prison, it was the glamour of Gossip Girl. You obviously swim in all depths of the pool! What was the process involved in creating the world of privileged Upper East Side New Yorkers?

MJ: I had worked in the events industry in New York for years, prior to being hired by Loren Weeks to art direct on Gossip Girl. He was switching gears from designing Third Watch to design Gossip Girl, and I was a good addition to his team. I got to move up to Production Designer and was able to use my experience in society functions, fashion shows, and parties in almost every episode. We got to scout and shoot in amazing townhouses and apartments all over New York — particularly on the Upper East Side. Our locations manager Randy Manion and his team gave us amazing options for every episode. We spent a lot of time at the Palace Hotel, and then the Empire Hotel. We bought lots of fashion magazines and high-end interior magazines, and looked at trends in color and pattern in both. We always strove to create the perfect backdrop for Eric Daman‘s spectacular costumes. 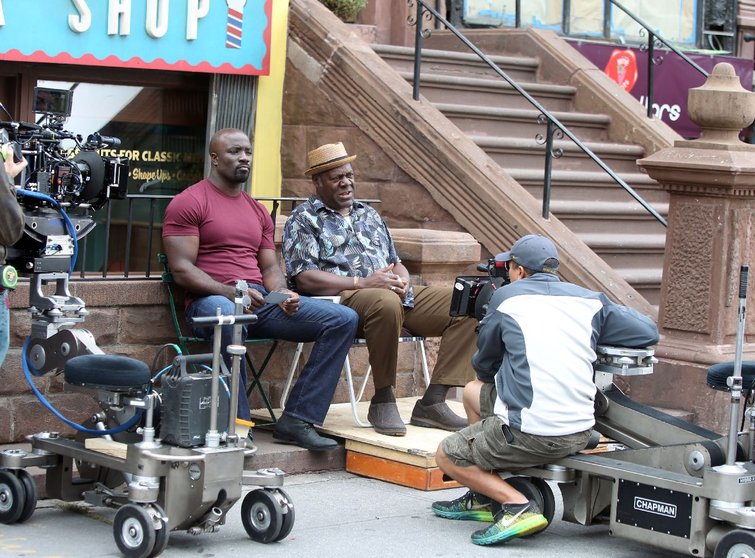 PB: The Marvel universe, I would imagine, is very hands-on with the look and feel of their brands. How much creative freedom were you given on Luke Cage and The Defenders?

MJ: I was an art director on those shows. Loren Weeks (again!) and Toni Barton were the designers. They both had a great deal of say on creating the look of those shows and were truly collaborators with the Marvel writers. The scenery built the characters, was there in service of the story, and to create an environment for all of the action. Some of the writing called out for incredibly specific details, like the dragon cavern in The Defenders. But, still finding creative solutions for scale and construction is one of the most rewarding aspects of art direction.

The Leftovers via HBO

PB: Damon Lindelof is the man of mystery, having explored space in Star Trek and the enigmatic Lost! You worked with him on The Leftovers, another mystery-box exploration. Is there a specific design approach when working on realities that aren’t quite what they may seem?

MJ: I was so excited to work with Damon Lindelof. As a huge fan of Lost, I could not believe my good fortune to work for him on The Leftovers. He is extremely charming and funny in meetings, and his thoughts on set are challenging and specific — creating deep backstory and mystical clues from wide and varied pieces of research. Diane Lederman layered-up amazing sets, with specific details requested by Damon directly. 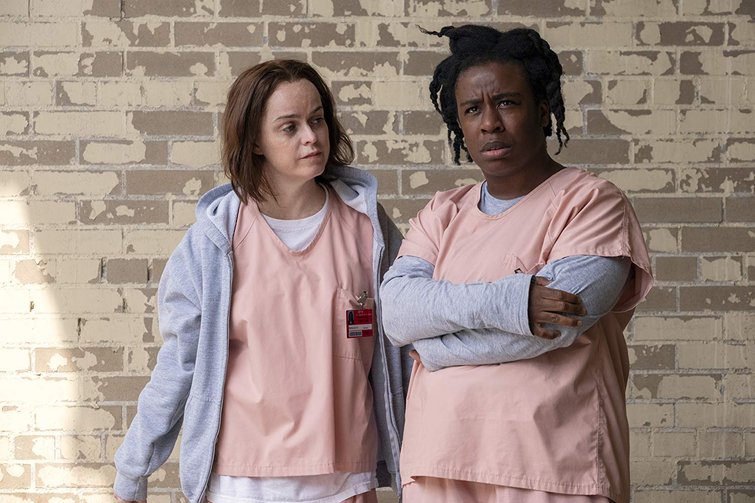 Orange is the New Black via Netflix

PB: What advice would you give a newbie designer on navigating a successful career in this business?

MJ: Just say yes! Work with all different kinds of designers and decide who you want to be. Remember to listen, and learn when to keep your mouth shut. Be patient in your day to day, and patient in your long term. Make sure to do what you are asked, and then go further and offer your own take as an additional option.

Being a good person, with great timing, can win over being a great designer and a bad person.

There are designers out there who are creative AND nurturing. Loren Weeks was my mentor when I transitioned into television, as he had made a similar move in his career. I hope that I can match his generosity of spirit and creative drive. When you can help someone else, do it.

There are good days and bad days. If you keep smiling, you can turn the bad day into a good one.

Top image Orange is the New Black via Netflix.