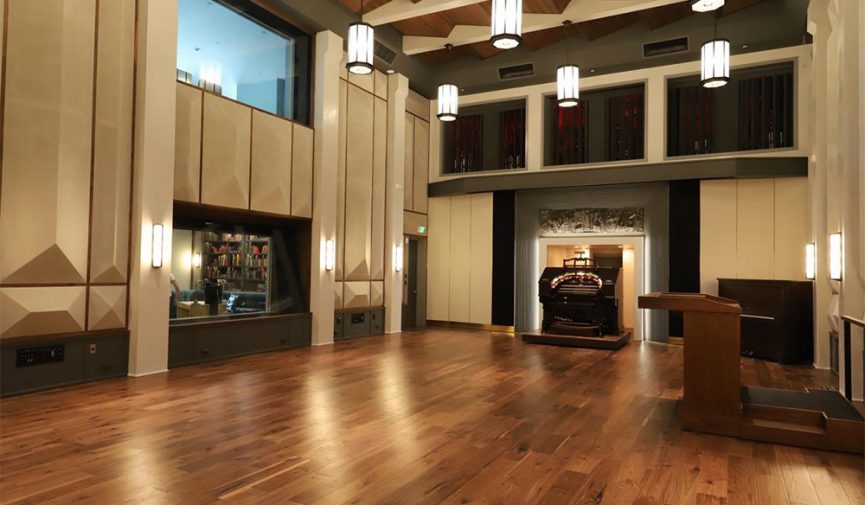 We sat down with Nathan Barr for a conversation about composing sound tracks for films — and how a composer fits into the overall production crew.

Nathan Barr, who has brought the chills to Eli Roth’s Cabin Fever, the sultry to Alan Ball’s True Blood, and the intrigue to FX’s The Americans, gives us insight into all things composing. 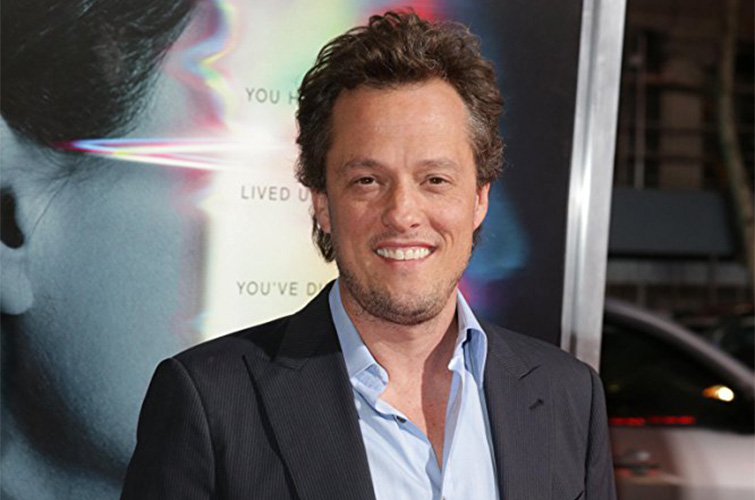 PremiumBeat: When I look at your credits and abilities, it’s easy to be impressed. Then I remember that I gave you your first opportunity to show it, and I feel like a freaking genius for recognizing your awesomeness! Of course, at the time, you were assisting Hans Zimmer. How influential was that experience for you as an artist?

Nathan Barr: Yes Traveling Companion was my first film ever! I remember coming up with the main theme in Hans’s writing room, which he generously let me use when he wasn’t working. I remember you and your editor David coming over, and feeling pretty awesome being able to preview some ideas for you in his amazing room, sitting at his desk. He was also very generous in letting me join him in various meetings when it was appropriate. I got a front row seat peering into the life of one of the most successful film composers in history, and I still vividly remember how exciting that time was.

When I started developing my own career after leaving Hans, I had to find my own way of writing that was comfortable for me. My experience with Hans taught me a lot about how I would differentiate my compositional process from his. For example, his writing space at that time was not set up to record live instruments. It was packed full of noisy samplers and synths that made recording anything in the room impossible. Also, whereas he worked almost exclusively “in the box,” I wanted to have microphones up and readily available so I could experiment with my growing collection of musical instruments. 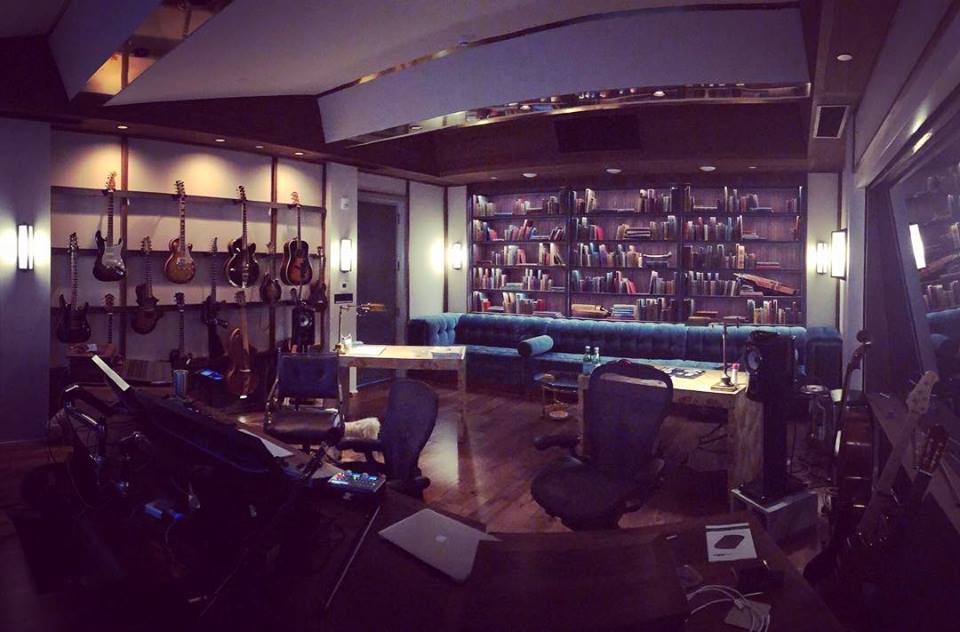 PB: How important is it to you to get along with the director, and do you like more freedom or more direction when you are creating a score?

NB: While I do know of examples where conflict between a director and a composer has yielded great musical results, it makes the whole process unpleasant and tortuous. Some of the work I am proudest of has been the product of supportive directors and show runners who trusted me to explore without too much interference. While these individuals look at the process of creating the score as collaborative, it’s also important to them to let others express themselves — and that’s empowering. 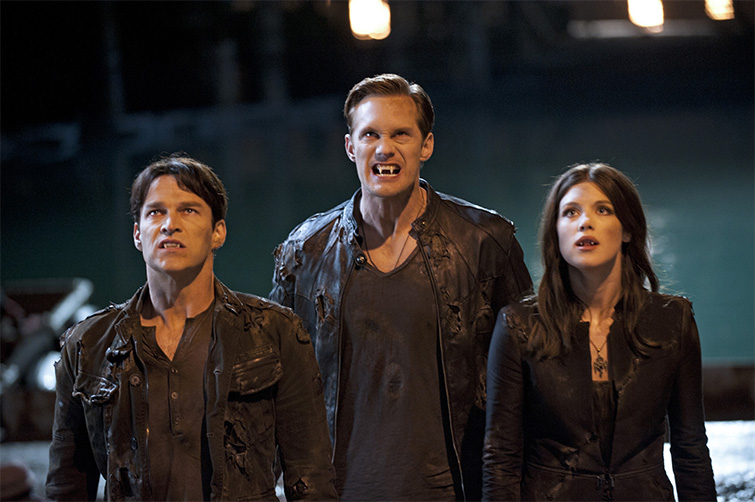 PB:  If there is one word that I could use confidently to describe you, it would be “versatile,” and I would use that word in several different contexts. Artistically, you move flawlessly between genres (romance, horror, drama, adventure, comedy) and media (features, television, shorts, docs, webisodes), and skillfully, you play so many different instruments. Do you view a story and the tools you use to score it as varied colors on a single palette or do you approach each project very differently?

NB: I definitely try to view each project through a new musical lens. While I may begin the scoring process for a new project from the finishing point of the previous project, hopefully I end up in a new place I haven’t visited before when all is said and done. And I do love the versatility of what I do as a film/TV composer. Jumping from a western to a horror film to an indie drama is a thrill, and it keeps the process fresh and exciting. 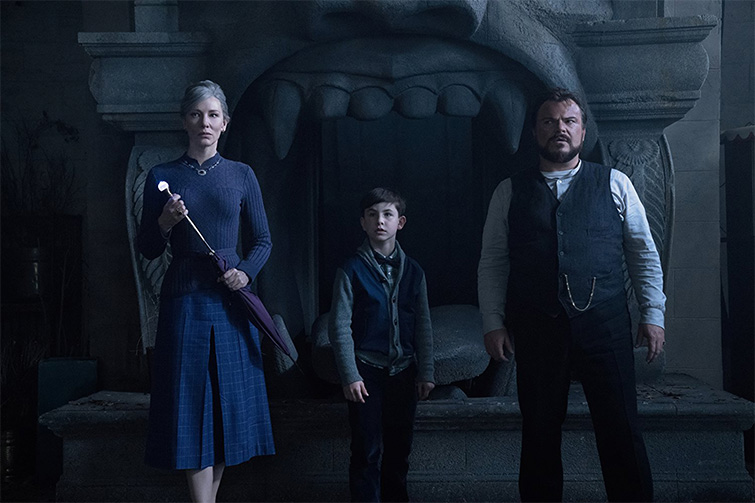 The House with a Clock in Its Wall. (Image via Universal Pictures.)

PB: Clearly, you must work very closely with the director and producers when you are scoring a film, but what other departments and crew positions are extremely helpful or important for your process? For example, cinematographers work closely with directors, but often the production and costume design team could heavily influence their lighting and setups.

NB: Honestly, one of the most important collaborations for a composer beyond the director is the picture editor. A well-cut film is infinitely easier to score than something that has not been put together effectively. Great picture editors cut every scene with a natural rhythm or tempo in mind, which directly impacts the composer’s music.  Two other important crew positions that composers interface with are the music editor and the post-production supervisor. The former is there to protect the score during the dub, help shape the score, and keep track of spotting notes and cues sheets — and the latter is there to make sure schedules align. 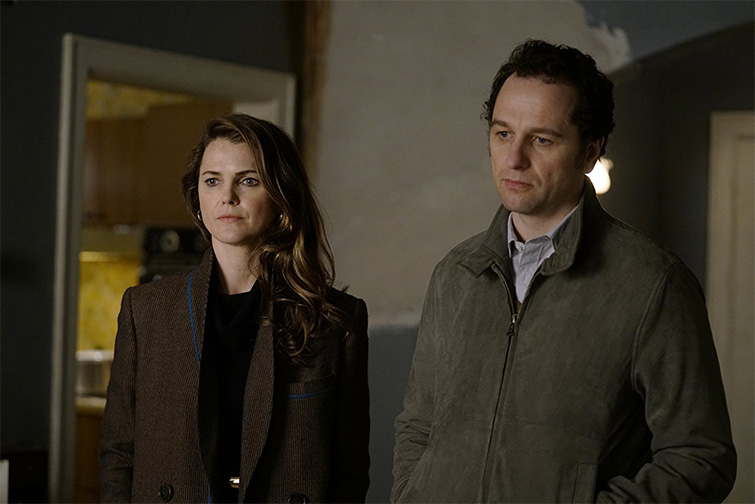 The Americans. (Image via 20th Television.)

PB: I understand you recently purchased and restored the Wurlitzer that resided on the 20th Century Fox scoring stage from 1928 until 1994. You collect and play very traditional and unusual instruments. How much of the history of cinema and world culture influences your work?

NB: The history of cinema is very important and influential to me. When I first got into this business 20 years ago, I spent my first couple years educating myself by devouring films from great directors all over the world and in all time periods. Whether it was Truffaut, Hitchcock, Kubrick, or Tartovsky, I watched and watched and listened and soaked everything up. This all continues to influence my work today. For example, David Shire’s scores to Coppola’s film The Conversation and The Taking of Pelham 123 were starting points for me with my score for The Americans. Buying the Wurlitzer Theater Organ that was built for the scoring stage at Fox in 1928 has already impacted me as far as the current projects I am working on. I believe that instrument and its place in film history will profoundly affect my creative output in the coming years. 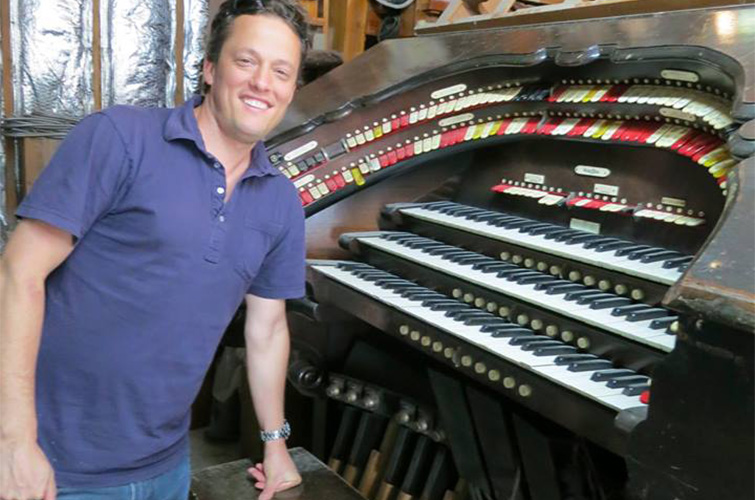 PB: Finally, as someone who is incredibly curious and creative, what new technology have you been using in your composing, and what new toys on the horizon that you’ve heard about (if any) are you most excited about incorporating in your work?

NB: The Wurlitzer is the latest toy/tool I am thrilled to be exploring. I am also having a friend build an unusual instrument based on a pipe organ that will allow me to experiment with organ pipes in a way that would not be possible in the context of an installed organ. It is called the “Herman-Taylor High-Pressure Stout-O-Phone.” It’s a collaboration between several folks in the organ business, including the legendary Edward Millington Stout III and Dick Taylor, who are among the best in the business. New creations like this get me so excited about what I do.

Looking for more film industry interviews? Check these out.