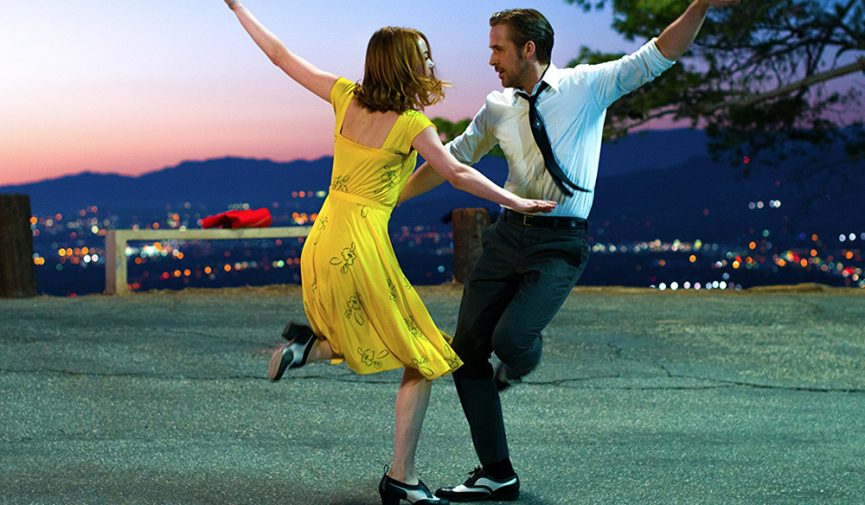 Set Your Film Right: On Location with Robert Foulkes

Location is everything in filmmaking, so knowing how to manage the “where” at the heart of your project is as important as the “what” or “when.”

They say it’s all about location, location, Location! To get the lay of the land, we spoke with prolific supervising location manager Robert Foulkes about the “where” of filmmaking — and why it’s so important.

PremiumBeat: I want to start with La La Land since it feels like the most overt example of how locations not only establish the tone and truth of a film but can also become central characters in and of themselves. When you get a script such as this, that is a love letter to the city, to what extent did the writer/director Damien Chazelle spell out what he wanted, and how much is your independent research?

Robert Foulkes: The Love Letter to L.A. aspect to La La Land was a thrill for me from my very first reading of the script, having lived here (and been involved in “show business” in one way or another) my entire life. There were a few sequences that called for a specific location in Damien’s script, such as the Griffith Observatory and The Lighthouse Café in Hermosa Beach, while others called for a specific setting or world but allowed for more scouting options — Mia working at “a movie studio,” Mia and Sebastian watching Rebel Without a Cause at “a classic revival movie theater,” etc.

Some of the most enjoyable locations for me to brainstorm with Production Designer David Wasco were for what we referred to as the falling-in-love montage. Damien wanted to place Mia and Sebastian in as many wonderful, iconic L.A. backdrops as possible, and we came up with a list of 15 or so ideas that then got narrowed down to nine or ten, and ultimately (due to the amount of shooting time allotted and whether one ultimately became more important to Damien vs. another) the five or six that made it into the final film. Placing these starry-eyed characters aboard Angel’s Flight remained atop the wish list from the get-go, and we were so happy we were able to pull that off — and also help to have it brought back to life as a downtown tourist attraction. 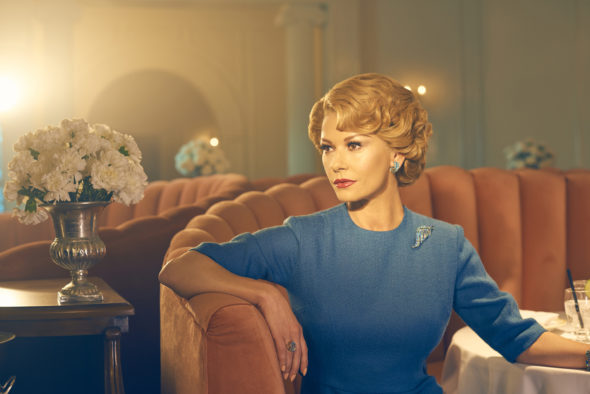 PB: La La Land was stylized and grand, but it wasn’t period. Working on a mini-series such as Feud presents different challenges. How much was recreated on a soundstage vs. how many physical locations did you have to source, and what was the process of working with Ryan Murphy?

RF: Working on projects that require a recreation of “period L.A.” can put both a big smile on my face or a bittersweet frown. A smile as I get to help breathe life back into vintage restaurants, theaters, office buildings, etc, that may not have the cashet they once had, but a frown when the other reality sinks in — just how many once-legendary places throughout Los Angeles are no longer with us. Being a part of recreating the 1963 Academy Awards at the venue where they actually took place (the Santa Monica Civic Auditorium) was very rewarding, for example, but wishing we could have filmed scenes at Perino’s restaurant, the Brown Derby, Ambassador Hotel, etc, makes one wish for a time machine!

I would say about 50% or more of each episode of Feud took place on amazing sets designed by Judy Becker. Knowing in advance that several episodes would call for scenes inside Joan Crawford’s home, on the set of What Ever Happened to Baby Jane?, etc, it made sense that those sets and others would best be made available at all times on the Fox sound stages and to ensure they had the size, scope, and heightened glamorous reality that Ryan and Judy were going for. Ryan’s early prediction of several scenes throughout the show taking place inside a Perino’s-like restaurant meeting place for primarily the Hedda Hopper character, made the construction of that set a no-brainer, as well.

The majority of vintage, high-end Hollywood haunts that remain in our city tend to have either red or black leather banquet booths, not the brilliant color palate that made Judy’s restaurant set so special. I’ve had the pleasure of working on Ryan Murphy productions since back in the days of Nip/Tuck, another show that made use of some brilliant and unique sets and settings.

PB: With Feud, you were recreating real people and real events. You mentioned that frown — were there many locations that were either impossible to get or simply not around anymore, and what was the process of making that work and staying true to the story?

RF: Despite our disappointments that some places mentioned in the scripts were no longer around or available, we ended up quite pleased with several others that did get to take place at the actual, scripted locales. Whatever Happened to Baby Jane? did screen at the Warner Grand Theater in San Pedro as we were able to depict in the show, and is still a great-looking old movie theater. And our Baby Jane finale beach and its surrounding terrain has remained relatively intact for those scenes to play beautifully. I knocked on the door of the still-existing Baby Jane exterior home in Hancock Park to confirm if the current owner would be open to our filming there. We didn’t end up needing to do an exterior shot out front, but standing there and opening its original iron gates seen in the classic film are the little things that can give a geeky chill to a location scout/movie buff like myself! 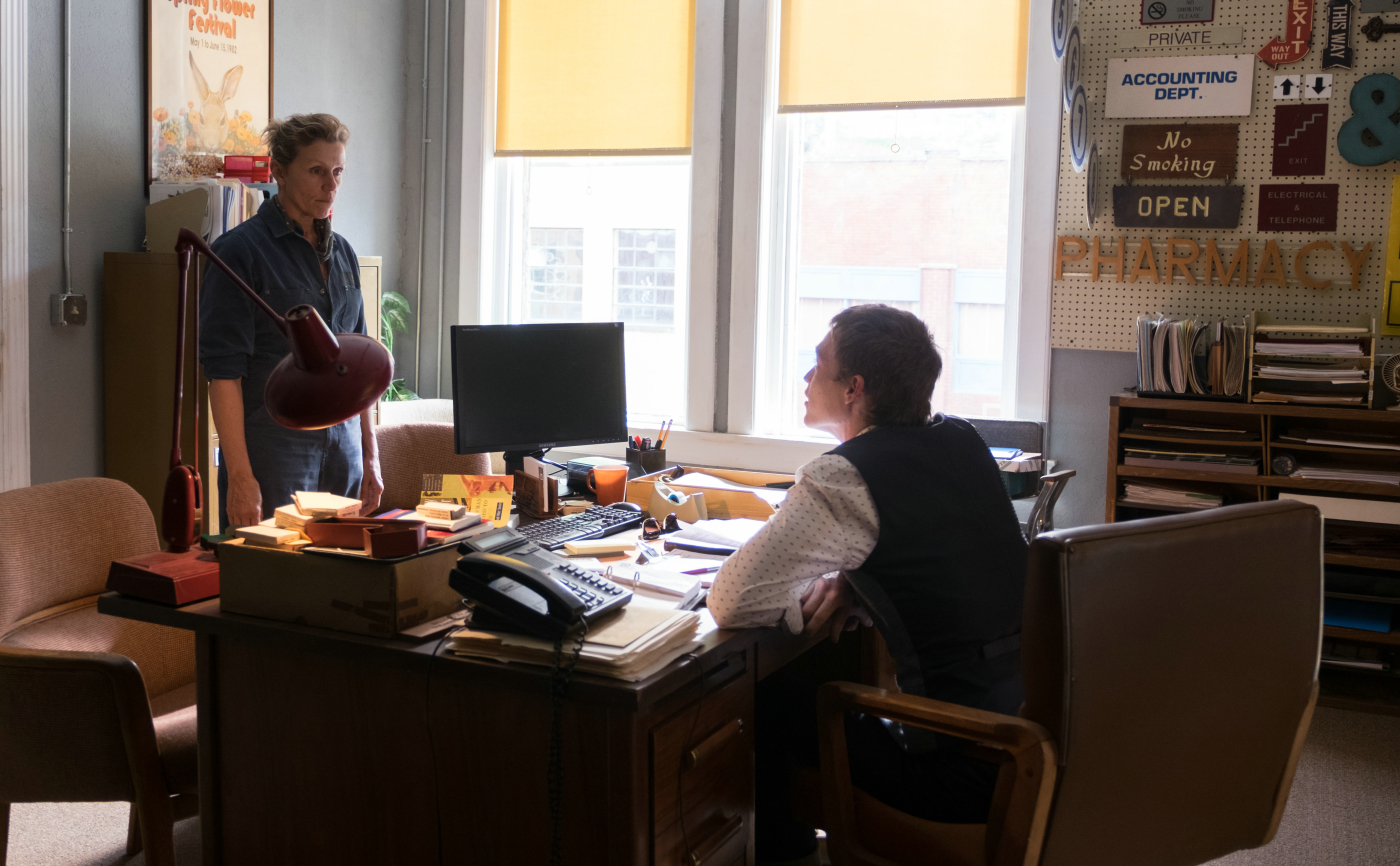 PB: The nerdy, fan side of me gets giddy at how many iconic locations you must have to visit with films like La La Land and Feud, but equally fascinating is perhaps inhabiting a world that, I would assume, you start out as very much an outsider. How did the process work on creating the world of Three Billboards Outside Ebbing, Missouri?

RF: Three Billboards was my second film as a location manager for Martin McDonagh, and all I can say is I hope he comes up with a third American production soon because both have been wonderful, creative experiences.

Yes, with something like La La Land or Feud, you know from the get-go that your scouting canvas will most likely fall within the TMZ (the 30-mile studio zone radius of Los Angeles). Whereas with Billboards, it starts with a narrowed-down six or seven different states and all the towns and farm roads within them! Martin had a very specific vision for what would make a small town main street and billboard roadwork, and as a writer-director it’s all there in his screenplay.

Compared to “back in the day,” Google Earth and Google Maps Streetview is a godsend for how the initial scouting on a project like this can unfold at a timesaving clip. Hover your cursor over each state’s old-time town squares and main streets, drop a pin to zoom in and see what their rows of buildings and stores look like — Are they too tall? Too small? Too modern? On too wide a street for Mildred to believably hurl her Molotov cocktail out a second-story window and through the windows of a police station across the street?(!) After narrowing down which main streets appeared to be the best to take Martin to in person, we had our absolute first-choice favorite in Sylva, North Carolina and were ecstatic that they said “yes” to our being based there for two months. 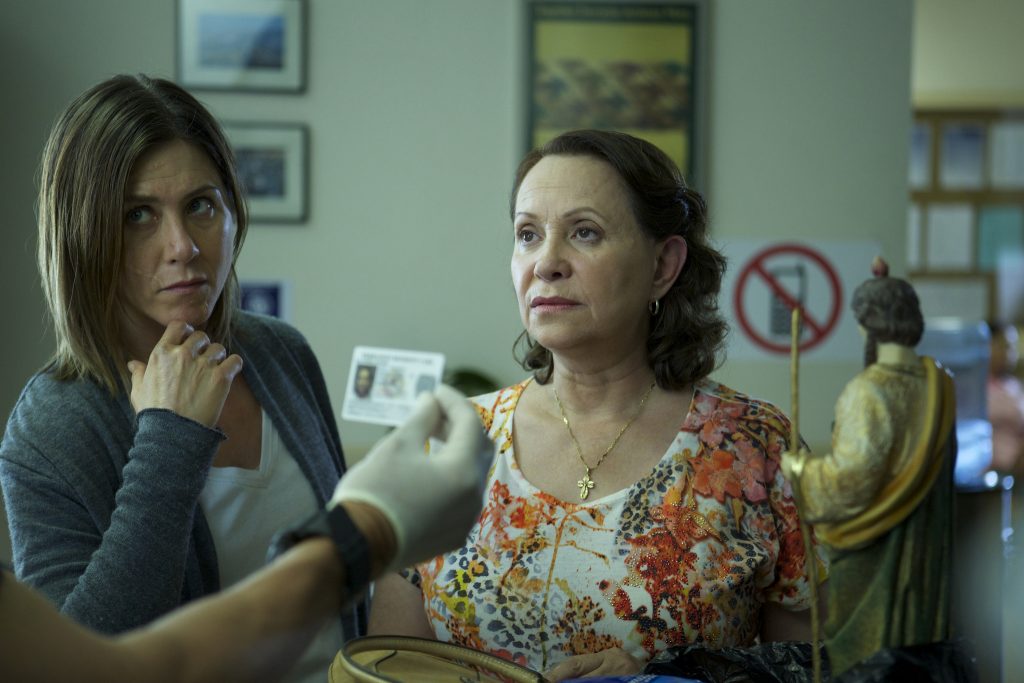 PB: Many of the filmmakers reading this blog are working low budget. You’ve done big studio films with healthy budgets but also more intimate projects such as Cake. How creative do you have to be when budget is a concern? Any tips on finding appropriate and rich locations on a budget?

RF: Yes, Cake was a challenge with its ambitious budget and so many L.A.-area locations. One of my biggest tips, I suppose, in terms of securing locations on a budget is to develop a solid and realistic rapport with your prospective homeowner or business owner from your very first meeting. Nowadays, big-name stars often don’t mind being in smaller films, while large-budget films don’t necessarily have big stars, and just because a production has a large overall budget doesn’t necessarily mean it has “more $ in for locations,” for perhaps the actors or special FX, etc, are where all the money is being designated.

I do find that an interesting or rewarding subject matter of a particular project can also lead to people willing to work with budgets they may not otherwise accommodate. If all else fails, offer to cast an owner’s budding actor cousin in the role of “the bartender!” Also, sometimes simply making sure enough time is allotted for properly scouting each of a script’s locations is the best cost-saver of all — the more varied choices accumulated in various parts of town, then the smarter the overall decision-making can be in terms of the right looks and the best deals.

PB: What was the path for you getting into this profession? Any advice for someone who has an interest in location management as a career but doesn’t know where to start?

RF: My first direct experience with location departments was while working at a location service, helping to provide a project with locations, assisting in coordinating their logistics, etc. That can be a great way to get to know what location managers and scouts do, the issues we deal with, and how to solve them. I know several assistants who also got their start at film commissions or permitting services — another great way to learn “on the job” while not necessarily being in the actual location departments. Becoming a site-rep for a location service, or offering to work on low-budget productions as their location manager or scout, can be a quick way to dive right in, be on set, and confirm it’s the right position for you. 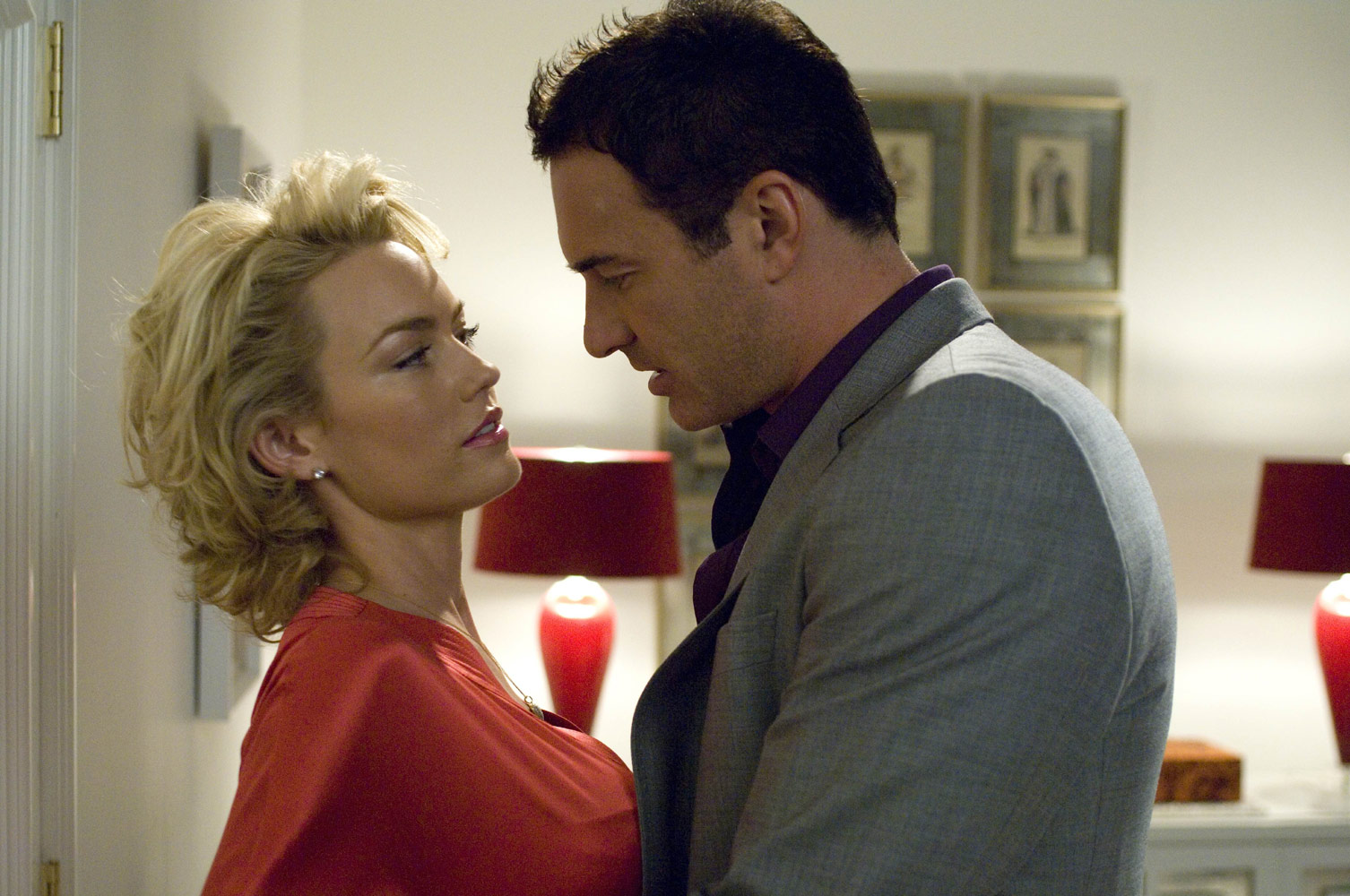 PB: Having worked both in features and in television, can you tell our readers how the process is different for each medium?

RF: Aside from my few years on Nip/Tuck, the television shows I’ve worked on tend to be limited series. I prefer that in that it has a more finite number of episodes that keep it feeling like an extended-length feature of sorts. I love the feature world in that you get handed a script, you know that’s the one and only script (with its beginning, middle and end), and you’re off to the races, often as one of the first persons hired — it’s just you, a director and a designer driving around together, chipping away at bringing that singular vision to life.

PB: Finally, what would you like directors, producers, writers, and talent to know about the responsibilities of location managers that would make your job easier?

RF: I’ve been lucky in that I often work with directors and producers who really respect and appreciate the things that myself and my location team have to pull off, creatively and logistically. Honestly, I believe that my being smart about the people I choose to work with, as well as making sure the projects I take on are interesting to me and that they’ve allotted enough time to accomplish what needs to be accomplished correctly, helps keep me feeling like my job is not difficult or a pain at all, but as enjoyable and rewarding as the day I started doing it for a living!