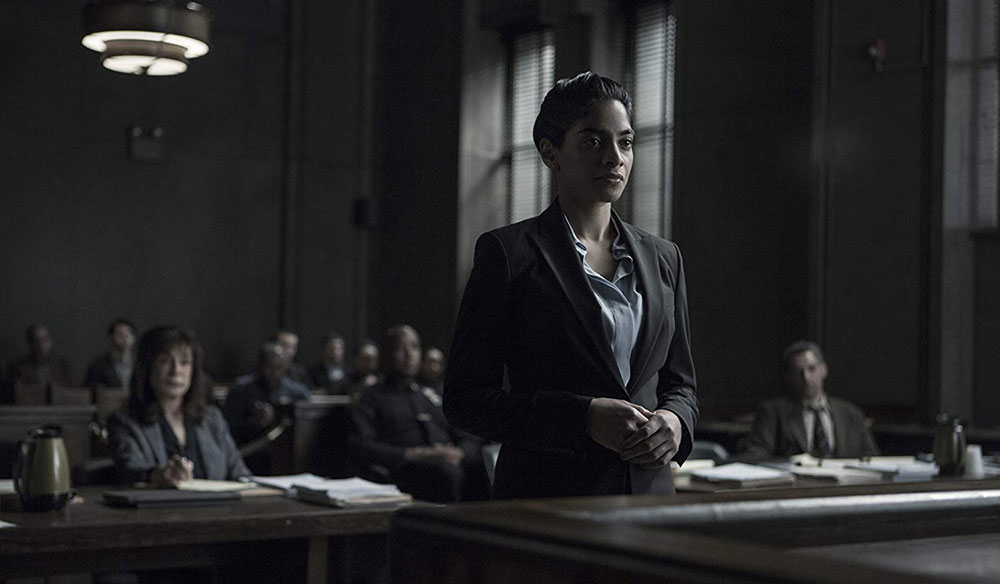 Premium Beat had the opportunity to go behind the paint with Kaela Dobson to discuss her approach to people and projects.

Makeup artist Kaela Dobson‘s résumé is peppered with fun and challenging projects, such as the intricate designs she created for Hulu’s Wu-Tang: An American Saga, the gritty reality look of The Night Of, and the larger-than-life superheroes of Luke Cage and Jessica Jones. 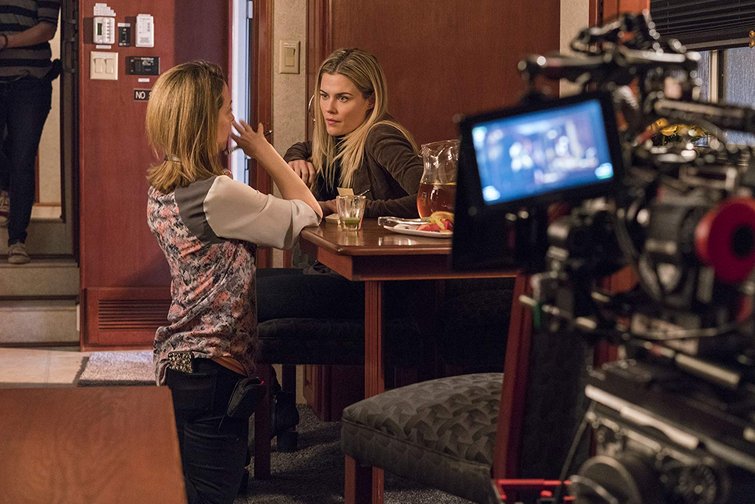 PremiumBeat: Kaela, your job requires trust and intimacy — you are literally up in the talent’s face! I would imagine that beyond the aesthetic skill, you also need stellar social skills. How do you go about making the actor feel comfortable?

Kaela Dobson: A big part of my job is to develop a relationship with the talent. I try to start each makeup project by first discussing my ideas with the actor, and letting them know that I am completely open to any input or requests. I think being receptive plays a huge part in making them comfortable and able to talk to me. I also want them to know that this is a collaborative process. Knowing their concerns and ideas helps me know what to keep an eye on and what they are self-conscious about, so we can build a rapport. I also feel that having good energy, a colorful station in the trailer, and great music helps to set the tone. 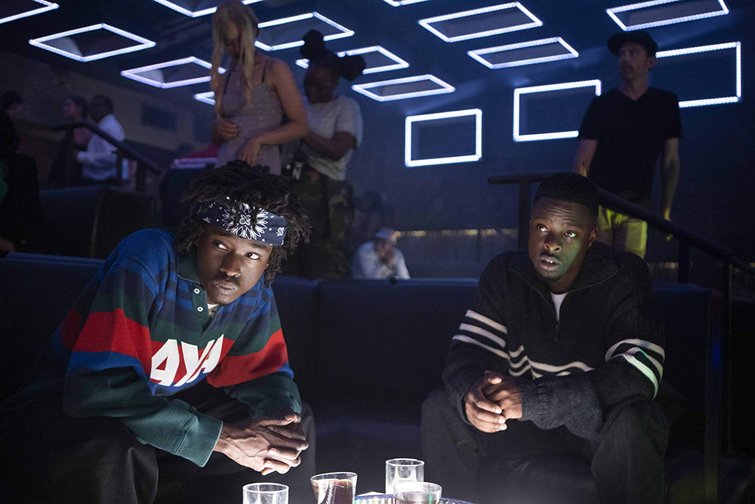 PB: What were some of the challenges you faced when working on Hulu’s Wu-Tang: An American Saga — since you were recreating the looks of the original members — including executive producer of the show and founding member, RZA?

KD: Having RZA as a reference to talk to whenever I needed clarity on some of the looks was so invaluable because he lived it. We were in a mad dash when I was brought onto the project to get all of the gold grills made, facial hair appliances figured out, and to establish a game plan for covering all of Dave East’s tattoos. Dave, who plays Method Man, is not only covered head to toe in tattoos, he also had to wear heavy winter gear, as the show is set during winter. His makeup needed to be bulletproof for shooting so it would not rub or sweat off in the warmer months. Another huge challenge was figuring out the facial hair for Sha and Divine. They were both working on other projects at the time and had already established a clean-shaven look, which we couldn’t alter. Both characters had very distinguished goatees in the ’90s, so we ended up going with a hand-laid hair technique to accomplish this, and to avoid the sometimes-fake look of a lace piece. We did a few tests of everything before shooting and were able to see some of what did and did not work. Overall, a lot of things were down to the wire and came together on day one of shooting. 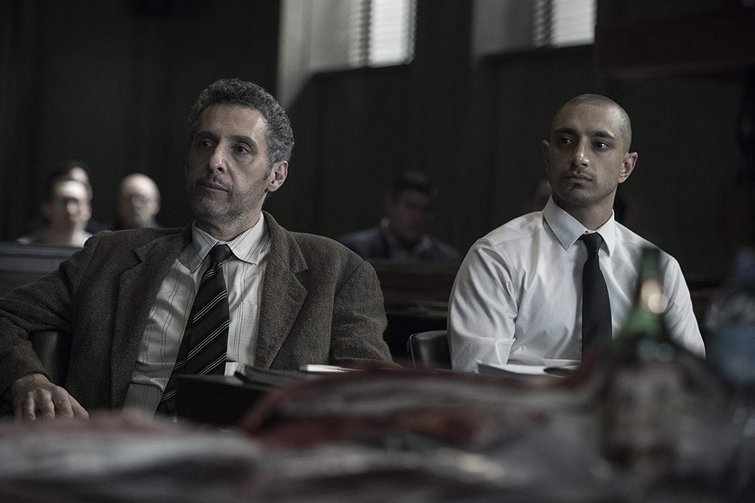 The Night Of via HBO

PB: Switching tracks from the grills and gold of Wu-Tang, when you are working on something that is more basic and every day — such as HBO’s The Night Of — what is your way in to create the look and feel of the characters?

KD: I was lucky enough to work on The Night Of, when I made the transition from film to TV, under amazing Makeup Designer Stephen Kelley. Watching how he ran his department and designed his characters taught me so much. A lot of what I was responsible for on The Night Of was helping to apply tattoos for the prison scenes. I have always approached makeup from the perspective of the characters. How would I go about my daily life, what kind of makeup would I be wearing (if at all), and what are some small details that I can incorporate into the design that will tell more of the character’s story? 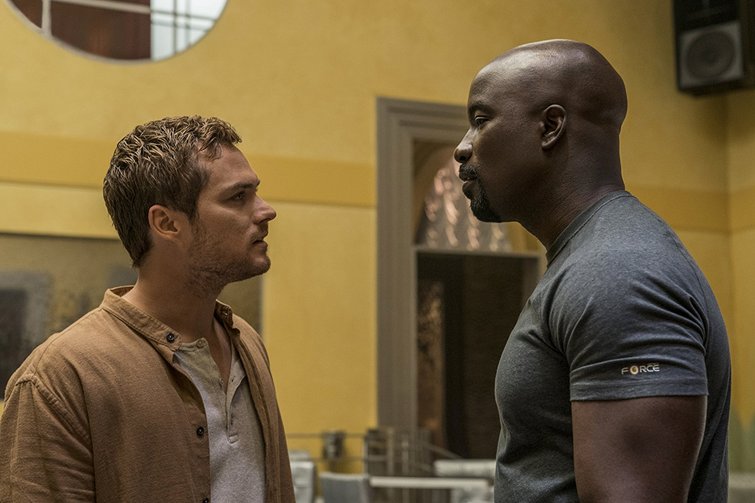 PB: You’ve worked quite extensively in the TV Marvel universe. When doing the key makeup for a beloved character, do you look for prior approaches? Or is it an opportunity for a fresh take? Perhaps both?

KD: When I joined the Marvel family, I was working under another department head who had designed all of the original looks for each character. I started working full-time on Luke Cage season one and was able to help establish some of the characters, but most were at the hands of my department head. Working with the actors every day, and following along with each script, allowed me to really get to know them inside and out. When my opportunity to design season two came along, my knowledge of each character’s journey over the course of the series granted me a new perspective in the design of the makeup. I wanted to show the growth and change in each of them, but also stay true to the roots of their look. I drew a lot of inspiration from the comic books and the personality and style of each character.

PB: For someone starting out, wanting to get behind the makeup chair in film and television, what advice would you give them to navigate the business and stay on top of their craft?

KD: The best advice I can give anyone looking to join the film and television industry as a makeup artist is to be flexible, prepared, and open to collaboration. One of the best things I learned was to come from a place of “Yes” instead of a place of “No” when things are not ideal for you. Being able to problem-solve and roll with the punches makes you an irreplaceable asset. And, if you have a well-stocked set bag, you are ready for anything!

Looking for more film and video industry interviews? Check these out.