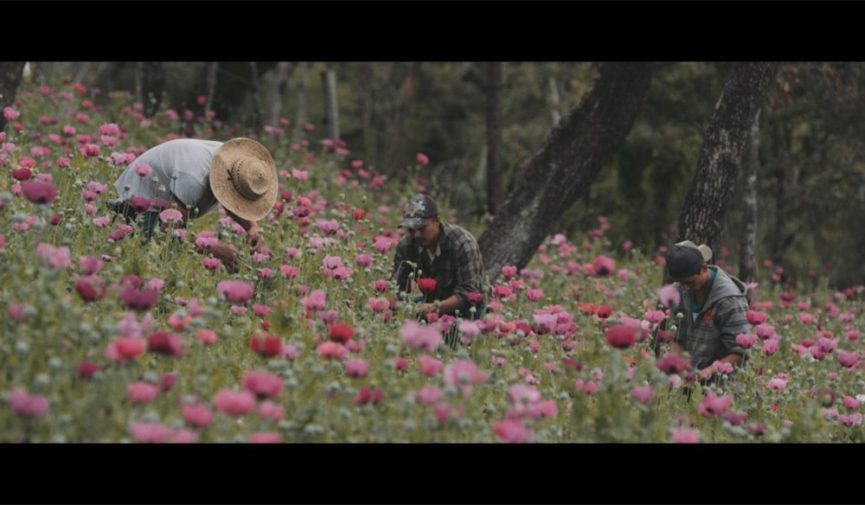 We sat down with Matt Porwoll, one of the cinematographers behind The Trade to discuss making films about sensitive issues and working with Matt Heineman.

All images via Our Time Projects/Showtime.

The Showtime original series The Trade explores the global opioid epidemic and tells the stories of the people caught in its grip. Filming sensitive material and trying to leave a small production footprint were just some of the challenges facing this series. We talked with Matt Porwoll, one of cinematographers behind the show, about how he met these challenges and what it was like working with Matt Heineman.

PremiumBeat: How did you take your first leap into the documentary world?

Matt Porwoll: When I was at film school, I had big hopes and dreams of shooting feature films. I didn’t want to do the low-budget indie market but wanted to kind of do the kind of standard Hollywood-type movies, and so I got a job at Abel Cine right out of school and started working a week after graduation. That was a perfect entry point into the New York market because, coming right out of film school, I was able to work with the most modern equipment and meet the camera assistants, the cinematographers, and the producers who were all working regularly in town. I think it was through that experience working with them that I started to get a better taste of kind of what the options were in the industry. That opened my eyes to documentary production, which I had never really paid any attention to.

I mean, I didn’t even take the documentary production class in college. It just wasn’t on my radar, and so through building these packages, sending crews off to everywhere across the planet, shooting amazing stories, and coming back with great stories, that kind of shifted my attention to say this might be something that I could see myself doing for the long haul. So when I left Abel, two years later, and started freelancing as a camera assistant, I started working for all the documentary people. That’s how I fell into documentary production, and now I couldn’t ask for anything better. 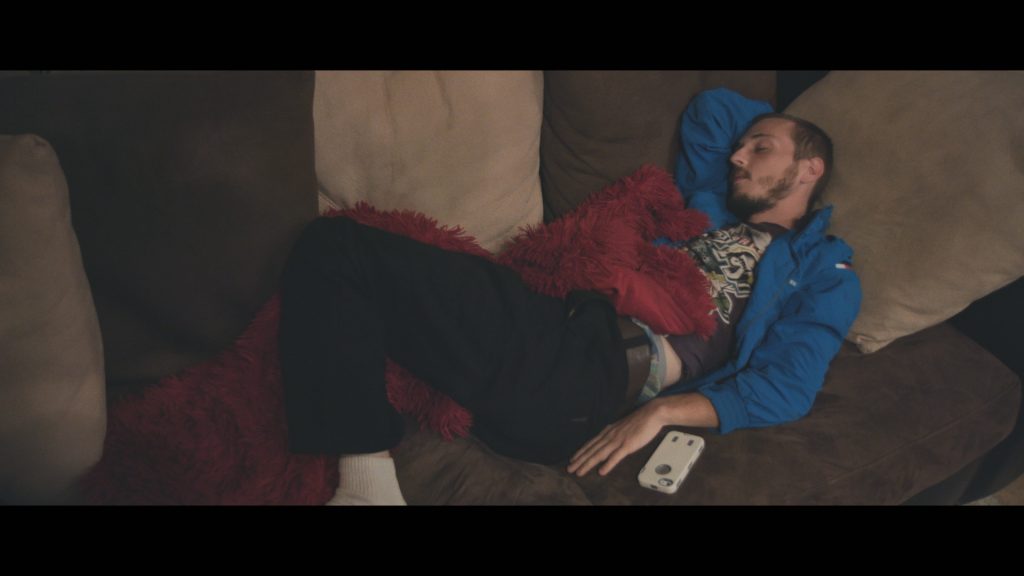 A scene from the SHOWTIME original documentary series THE TRADE (Season 1, Episode 01). – Photo: Our Time Projects/Courtesy of SHOWTIME

PB: Who was the first person to give you that big opportunity that eventually led to where you are now?

MP: Well, I thankfully had the opportunity to assist a lot of really good documentary-specific cinematographers and people who have been doing this for many years. I was able to come in and learn from some of the best in the business. There were a few people in that realm who really kind of guided me. A big one was Wolfgang Held, who had done a lot of documentaries [and filmed things like] Metallica and a bunch of series with PBS and HBO. It was through Wolfgang that I first met Matt Heineman when they were starting to shoot Matt’s first film Escape Fire: The Fight to Rescue American Healthcare — that was in 2010. I came on assisting Wolfgang on that film and then ended up shooting second camera. 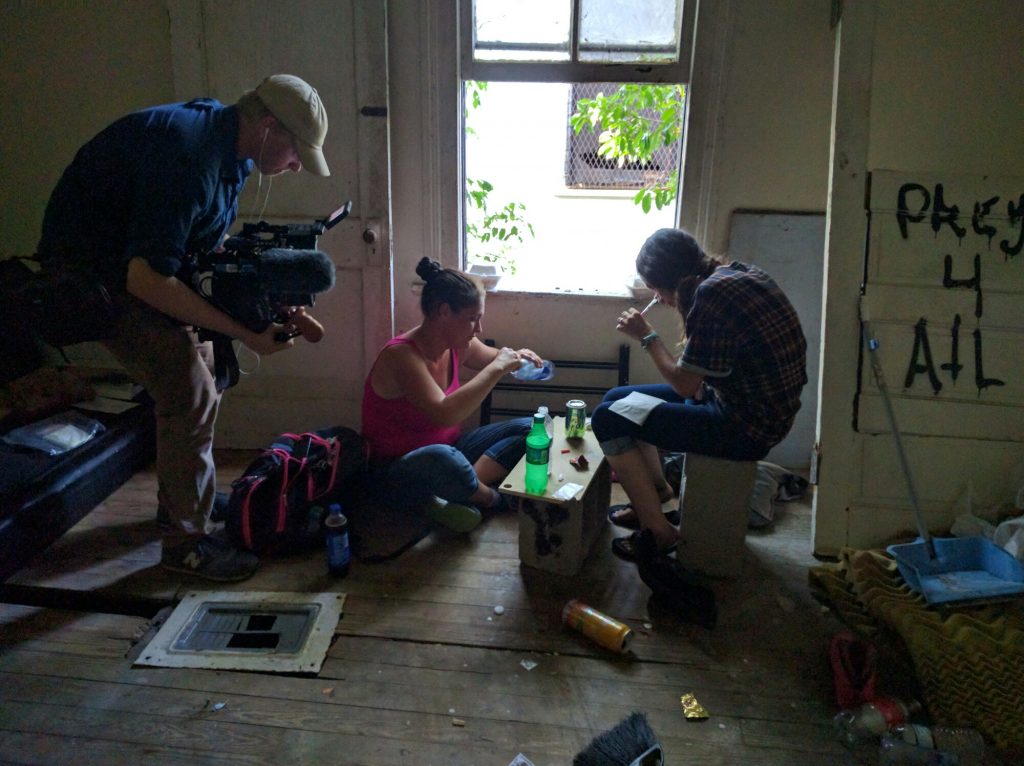 PB: I would say Matt Heineman is one of the most influential documentary filmmakers today. How’s that experience been?

MP:  Yeah, it is exciting. It’s also exciting I think for both of us that we kind of came up in this together because we’re the same age. I was assisting and operating on his first film, and he’s someone who’s got incredible instincts. So even out of the gate, he made an incredible movie. Then the next film that we did was Cartel Land, and Matt asked me if I would be interested in shooting that with him, and I think for both of us it was like Okay, we’re kind of now going out on our own. We’ve been through this once before — let’s support each other again and do it again. I mean that was an incredible movie in so many ways, and really I think that’s what solidified in our mind the kind of movies we wanted to make, how we wanted to make them, and that we wanted to [work together] as often as possible to do these types of films. 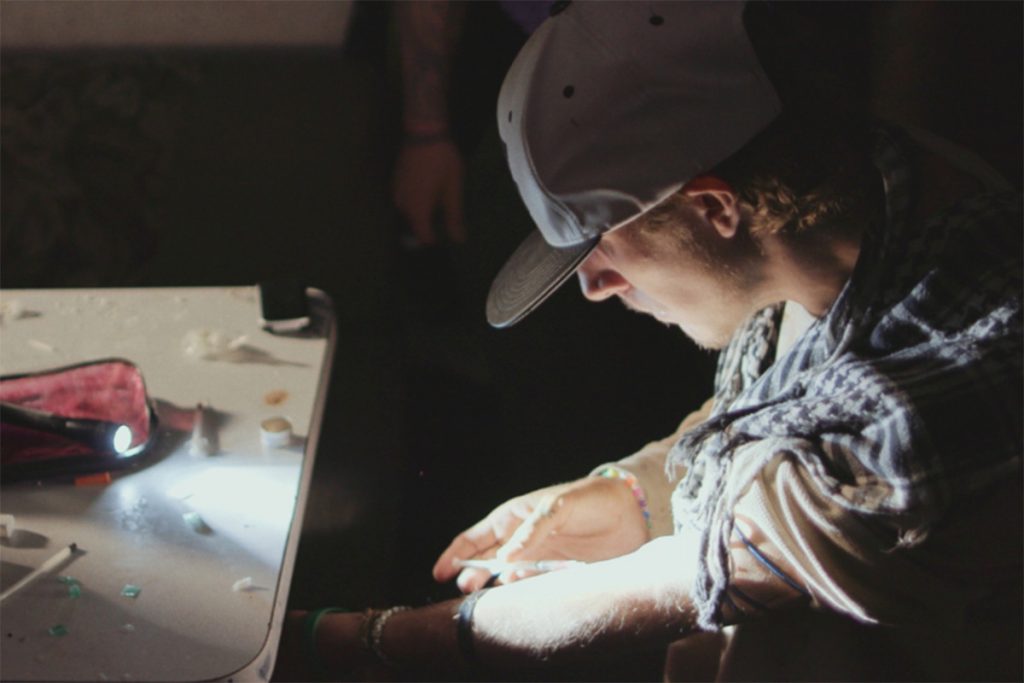 PB: You recently just shot the Showtime series The Trade with Matt. What was it like shooting vérité-style with heroin users? They’re doing something illegal, so it’s definitely sensitive material.

MP: One thing that we very purposefully did on this film was we tried to limit our footprint as much as possible. It made everybody a lot more comfortable because we only had two people in the field per team. I had a producer, and it was just the two of us for the entire time. So through that consistency, where we weren’t changing out crew members every trip, we weren’t adding people, removing people. And so, I think through that there was a level of just comfort that we established pretty early on. Much of being a documentarian doesn’t really have a lot to do with the camera — it just has to do with how you present yourself and how you explain why you’re there and how you approach these difficult and delicate situations in a respectful way. We are people behind the camera, and we care for you, and we understand everything that you’re going through, and we just want to understand it more and share that with the audience. I think that motivated a lot of people. Especially with the families that we filmed.

PB: What type of gear did you use to maintain this small footprint?

MP: One thing that we really wanted to do was, again, in minimizing the footprint, to come up with style guides for the show. We focused on almost building a set of limitations to work within. Instead of bringing a bunch of gear and having every focal length and the perfect camera, we kind of focused on reining it all in and saying we’re only going to really have with us what we can carry without having to go back to the car. On all these storylines, you have to be flexible — you have to be ready to go. And so, we shot on the Canon C300 Mark II, which I’ve been working with since the day it came out. It’s really solidified itself as the perfect documentary camera: it’s small, it’s lightweight, it has incredible image quality, and it’s just flexible and ergonomic for documentary use. It doesn’t ever fight you — the last thing you want in a camera is having to spend time thinking about where a button is, how to access something, or having complicated menus.

In terms of lenses, we basically told ourselves we would use the Canon 17-55mm, Canon 24-105, and the 70-200. It was mainly the 17-55 and the 24-105 that we had with us all the time. They are small, and they have between the two of them the perfect range — the 17 to 55 is a 2.8, which is great for low light, and the 24-105 is an f4, which is where we kind of set ourselves to shoot so that our subjects didn’t get lost in their environments. We also each had a Canon 24mm f/1.4 prime just because we knew between law enforcement and the addicts’ storylines, we would be in low light, so we had that one lens to cover us if exposure dropped. But the C300 is so good in low light that we didn’t really have to use it that much. For the most part, it’s probably 90% handheld except for some establishments.

We started shooting everything in HD at 4×4 12-bit internal 1080p into the camera. We shot everything in CanonLog3. We shot that for a while, and then once we started to get more involved in Mexico and we had solidified the law enforcement team that we were going to be with, we ended up switching to shooting in 4k 422 10-bit for the purposes of having room to play if we needed to crop people out of the frame in post. But I feel like, again, with this camera, I think that’s kind of one of those big debates that keeps going around: resolution over color space, and I wholeheartedly agree that it’s probably better shooting in HD at 444 12-bit than it is to shoot 4k at 422 10-bit. Just having that flexibility for the color correction, especially on a project like this where you end up in all kinds of lighting situations and contrast situations, being able to have a smooth gradation in your color correction to shift your color balance: that’s great. However, the resolution of 4K certainly helped us in reframing and cropping people where necessary. 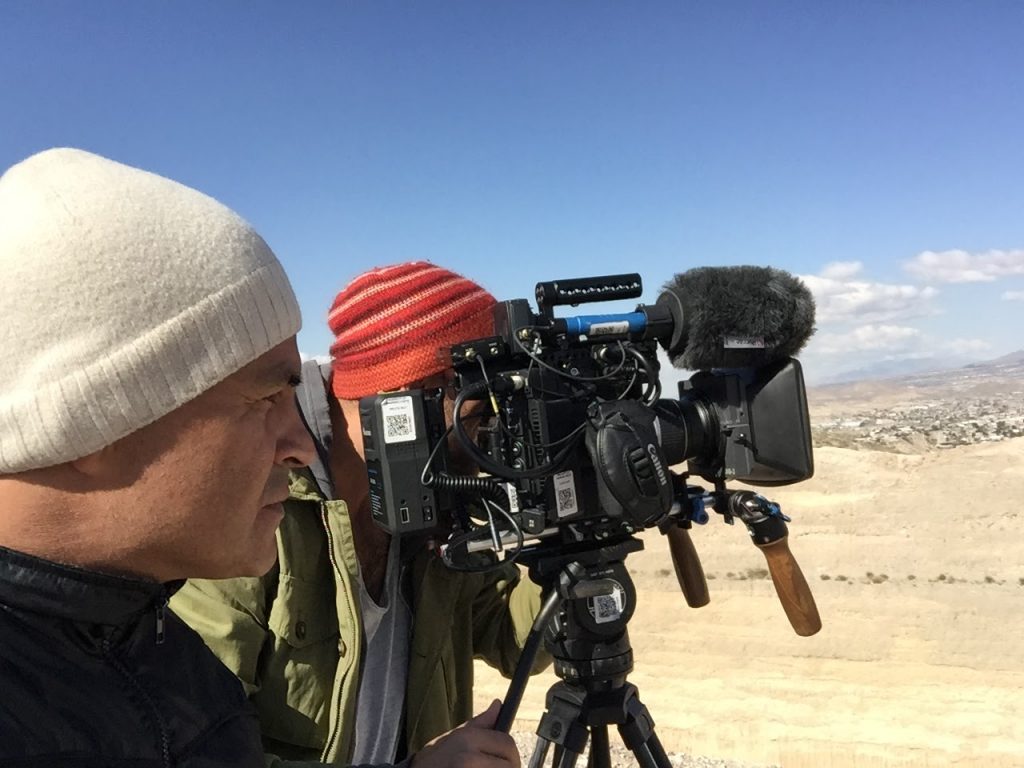 PB: How do you feel documentary filmmaking is changing with this surge of episodic documentary content like The Trade?

MP: Yeah, it’s incredible to watch, and this was my first foray into the episodic side of documentary filmmaking. We were very fortunate that Showtime allowed us to make this series as if we were making a film. The entire film was shot pretty much before it was edited. We had our editors come on certainly toward the tail end of production, but we did not have to shoot on the schedule of other documentary series where it’s episode by episode. We waited to see where the story was going to go, how it was going to develop, and what was going to happen with our characters before we made any final editorial decisions on any episode. And so, we just treated it as if we were making a five-hour film.

PB: What advice do you have for aspiring documentarians?

MP: Well, I think the biggest piece of advice that I can give to anyone is just shoot a lot and just involve yourself in any part of production. I think there’s now a big kind of push for people who are just starting out to jump out of film school or wherever and wanting to immediately start as cinematographers. I think that certainly has its opportunities and its value, but I think there’s a lot to be said learning from people who know what they’re doing better than you do. That journey will continue on forever; whether you’re assisting or you’re shooting, there’s always someone who’s going be doing it better than you, and that should be a guiding force as opposed to something that terrifies you. So, just take your time to learn the craft, working on productions and learning from your mistakes. Thankfully, especially in the documentary world, there are so many opportunities now between films and series and web, there’s a lot of work, and there’s a lot of stories to be told and the budgets are going up, the access is going up, the outlets and opportunities are going up. The biggest thing is make sure that you’re just focusing on the story first, and the craft will come around. Stick to the reasons that you got into telling good stories.