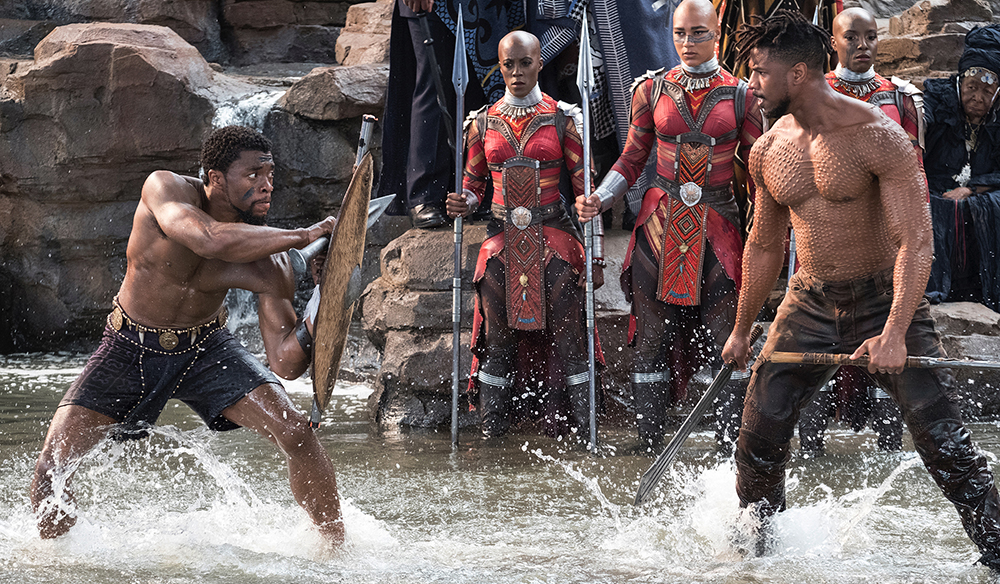 Set Photographer Matt Kennedy on Shooting for Marvel and More

Welcome to the world of film still photographer Matt Kennedy. From big budget productions like Black Panther, Captain Marvel, and Transformers 3 to more intimate shoots, Matt has shot them all. We sat down to talk about his process. 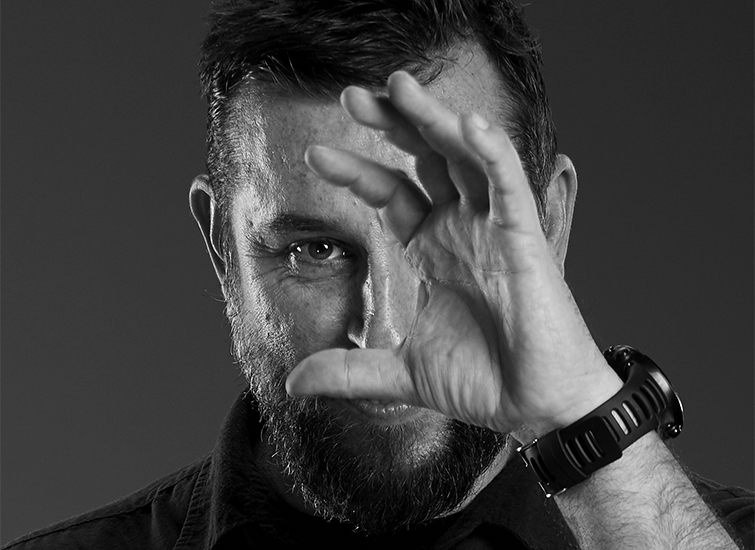 PremiumBeat: You seem to be on stealth mode on set. How do you balance remaining unobtrusive and getting the shot you need?

Matt Kennedy: Thank you — that is one of the best compliments I could get. A unit photographer’s job equates to being a photojournalist on a film set. You’re capturing not only every moment of the film but also the moments in between: the behind-the-scenes, the filmmakers’ interactions with the crew and the talent, and all of those other great candid moments. Being in the shadows and not distracting everyone is crucial. Being stealthy will also free you up to have the freedom to move around and be creative without drawing attention to yourself. I love hearing from an actor or filmmaker “How did you get that shot? I never even saw you.” 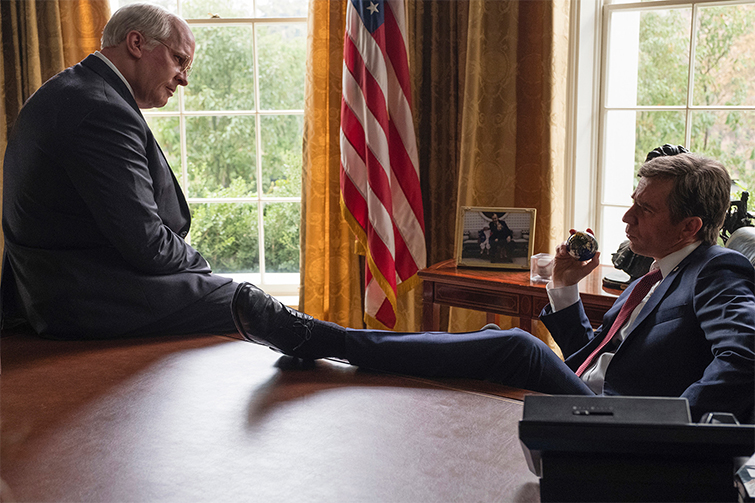 PB: You have done huge action projects like Black Panther and Captain Marvel and also more character-driven films such as Vice. Is your work any different depending on the scale of the production?

MK: Scale definitely affects lots of things on each film. The bigger movies have more resources and time as opposed to the smaller films. As far as how it is different for what I do, it isn’t really, in my opinion. I try to bring the same level of commitment to every project that I do. 110 percent for a 5-million-dollar film as well as a 200-million-dollar project. 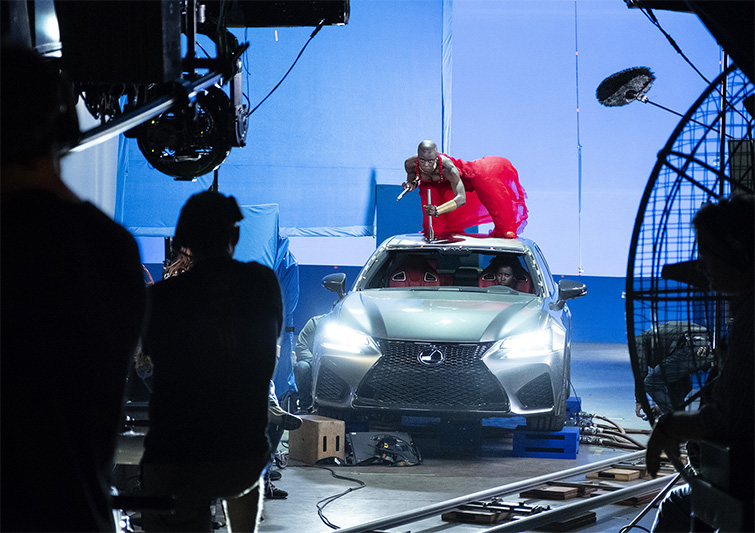 PB: Do you know immediately when you’ve captured something special?

MK: I try to be on set all the time. You never know when you are going to capture that moment! I am always observing; it could be during a take or completely off set. I have captured some of my favorite images between takes. If it is a great shot, you pretty much know right away! 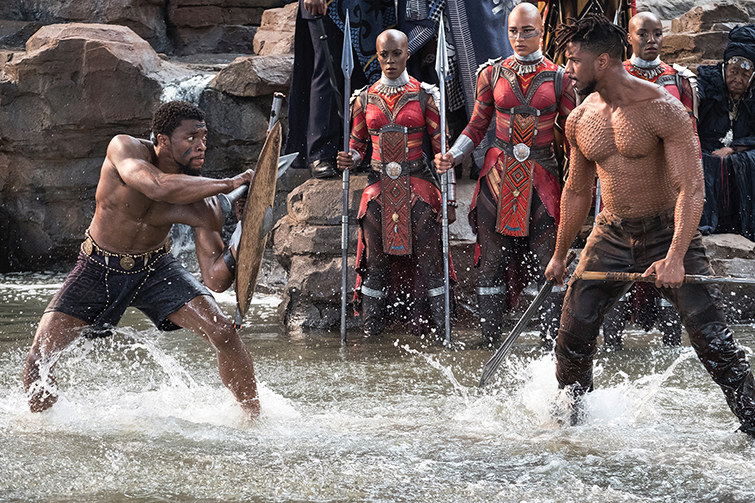 PB: Are you often surprised by the images the production company picks to distribute?

MK: I would say in the beginning I was very surprised what images the studio would pick. Now, I’m not surprised at all. I’d say 75 percent of what they choose is not an image I would pick first. I feel like so many great images never get to see the light of day. In the end, it is the filmmakers’ and studios’ final say what is released and how it is used. They have their idea of what represents the film, and so do I. The trick is giving them great material to choose from, and as long as they are happy, that is really all that matters in the end. Sometimes we are on the same page about images, and that is always a satisfying outcome. 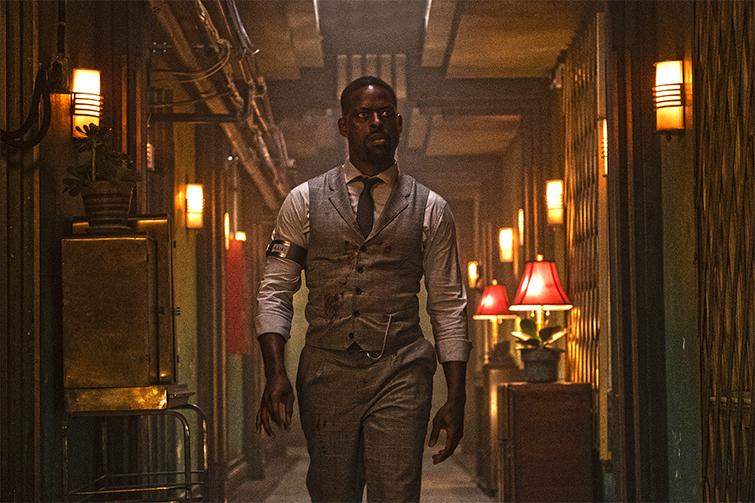 PB:  How welcome is the still photographer on set? I assume it probably depends on the talent or director, but do you find most understand the necessity of your work?

MK: Honestly I’ve been very fortunate to only do films where I was welcome. Usually, you are there at the request of either the filmmakers or the talent.  Having good relationships with both go a long way. They trust your judgment and really appreciate what you bring to the production. I like to think I get hired not only for my quality of work but also for my set presence. 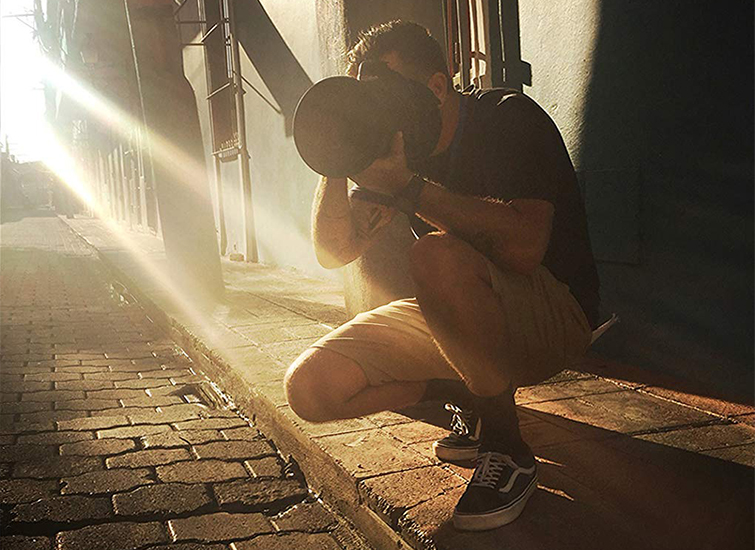 PB:  What equipment do you use, and do you experiment with different cameras and lenses depending on the light level and location?

MK: My last seven films I have shot entirely using the Fuji Film camera system. Mainly Fuji XT-2s and XH1s with all Fuji Lenses. For special poster shoots, I’ll usually use my Canon 5D Mark III or a Hasselblad. If I need something special for a shoot, I will rent it.

PB: Finally, if someone wanted to get into your business, what advice do you have for them, both practically and artistically, to be successful?

MK: That’s a very good question as well as a tough one to answer. First and foremost, shoot as much as you can and shoot subjects that you enjoy. Good photography is relevant across the board. I used to do a lot of action sports photography, and my surf photography is what led to me getting hired for Transformers 3 — because I understood timing and could shoot action.

Secondly and more importantly, learn how a film set works. Just because you are a good shooter doesn’t mean you can navigate a film set. If you have to volunteer on student films or freebies, do it! The more practical set experience the better — learn what everybody does and how that affects your role in the whole process. Making a film is a true collaborative effort; everyone is there for a reason and is hired to bring something to the table. It’s important to know where you fit into the process. Contrary to many people’s opinions, it’s not about one person.