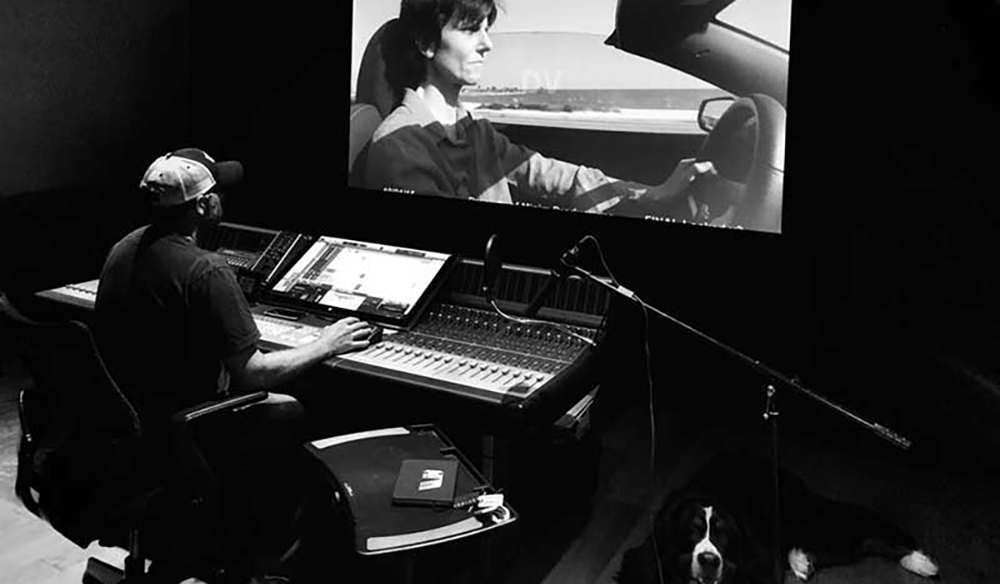 We recently spoke with one of the busiest supervising sound engineers in the business about what it takes to build a world using sound.

Of all the different elements involved in the production of a film, sound is the unsung hero. A good audio engineer is one of the most valuable assets you can have when making a film. Derek Vanderhorst is a prime example of talent and discipline advancing a career with bigger and bigger projects. He’s worked on cartoons like Rugrats and Oscar powerhouses like No Country for Old Men. His resume is very impressive. (He’s even built his own sound stage, Summit Post.) As both the supervising sound editor and the re-recording mixer on the film Hala, which was just picked up by Apple for distribution, Vanderhorst spoke with us about the film and his career.

PremiumBeat: How did you get into the business of being a supervising sound editor?

Derek Vanderhorst: I began my career as a foley mixer and decided early on that I wanted to learn about all the aspects of sound editorial. For me, sound design is about the entire soundscape, not just about cutting the cool sounds you hear in films. I’ve been fortunate to have met incredible editors over the years; seeing them assemble teams and build a collaborative spirit is what drew me to supervising and mixing. I also enjoy working closely with all the editorial departments to really craft a cohesive soundscape that suits the project. Learning to edit foley, FX, sound design, backgrounds, dialogue and ADR, and how to mix the films is what has really given me an advantage as a supervising sound editor.

PB: How did you approach your work on Hala? I heard you were inspired by one line in the script.

DV: Early in the film, Hala has a line that is something to the effect of “It’s the silence that she feared.” This one line sets the entire mood of the film and really inspired me. It allowed me to craft this idea of using empty space to tell the main character’s story and enhance her emotions. The use of sound really let us feel Hala’s loneliness and isolation, particularly through the cacophony of the school hallways, the beautiful exterior sounds and the beat of tension during arguments. 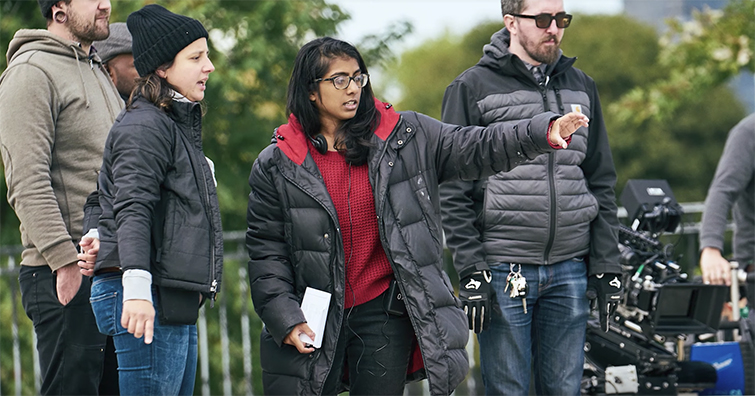 PB: How was your work on Hala different than projects in the past?

DV: I love working with young talented directors like Minhal Baig, who bring such excitement and passion to a project like this. She is a very special director and reminds me of Terrence Malick in her poetic approach to storytelling.  Our job with the sound is simply to support the emotion of the scene, much like you would with music. Sound design for this film allowed us to craft a sonic bed for the emotions to ride, whereas working in a genre like comedy is much more about bringing realism to what you see on screen.

Each film is different in that you are working with new material and new people. There are different ways of collaborating. Luckily on Hala, Minhal had a lot of ideas that she had been thinking about since the writing of the script, and she has a wonderful way of verbalizing her ideas. She was incredibly collaborative in the sound process even when she was busy with other elements of finishing the film. She made a lot of time for sound, and it was a very important aspect to her. 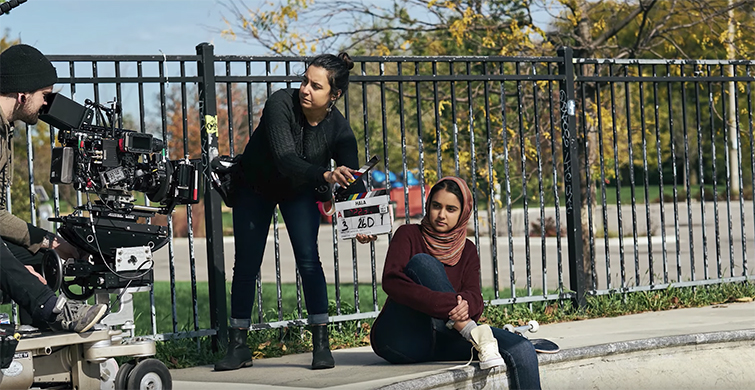 PB: Is there something specific you look for when choosing to work on a film?

DV: I love working on studio films, but my real passion is to work with young directors that are pouring their life dreams into their film and really deserve to have the sound taken as seriously as that of a major studio production. I’ve seen too many amazing films struggled to have a proper soundscape due to budget, so when I have time in-between bigger budget films, I look for smaller projects like Hala where I can collaborate with passionate, talented young directors like Minhal.

PB: How do you mix a scene with several people talking such as in a round table discussion for broadcast?  Do you manually duck the mics that aren’t being used or is there a noise gate that kills a signal when someone isn’t speaking?

DV: Scenes with a lot of people talking are very difficult because you want to keep the natural chaos of the conversations but bring the viewer in to specific lines that drive the story. In the editing process, I will try and split all the characters onto different tracks so we can have as much control as possible over the mix. The use of a gate would sound artificial, and I always love the noise of chaos and the natural messiness of a scene, like the one at the dinner table in Hala. 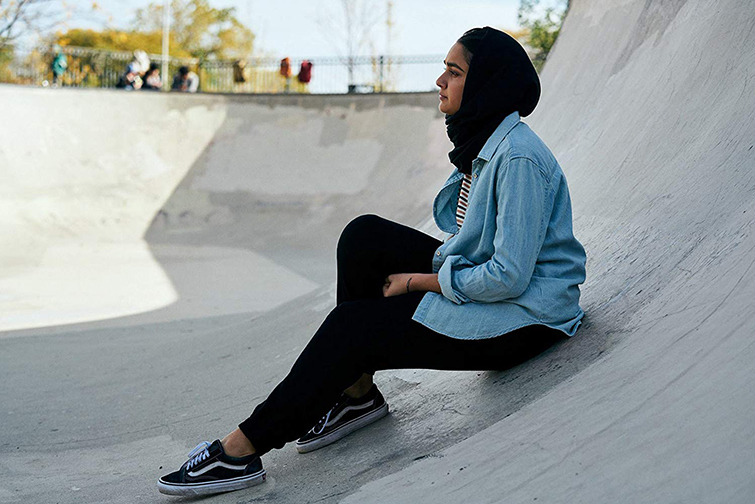 PB: Describe the role of a re-recording mixer.

DV: A re-recording mixer’s job is to take all the elements that have been recorded and edited from production dialogue, ADR, BGs FX, design, music, [and] to foley and mix them to a master 5.1, 7.1, or Atmos mix. You may start with 1000 tracks of audio, and the job of the mixer is to mix the raw audio into a few final tracks that make up what the audience will hear. If a mix isn’t cohesive, it will really have a negative effect on the audience experience because it can bring them out of the film rather than engaging and drawing them into the story on-screen.

PB: What are some tactics you use to match re-recorded audio originally shot outside?

DV: I’ve actually recorded actors and groups of actors outside to capture the natural reflections of the exterior. When that can’t be done, using a large ADR stage with limited room reflections is our best tool. Luckily, there are many reverbs and delays that have been developed that let us create an exterior environment.

PB: Do you master your mixes, or does that typically get sent to another department?

DV: Our final Printmaster that we create on the stage is our master mix, so it’s different than music, where many times it will be sent to a mastering house. Nothing should change in the final Printmaster once it leaves my hands. 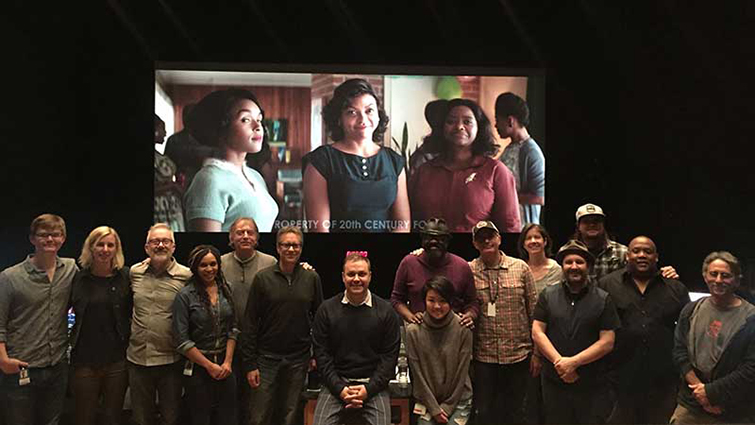 PB: Could you speak to the level of involvement Summit Post takes in the field versus post-production? What are the specific duties for each department?

DV: With larger-budget films and directors that I have relationships with, I like to go to the set early on with a protools system and listen to the sound right after it’s been shot so we can make any necessary adjustments to the production recordings before we get too far down the road, which makes for a much smoother process. If we can spot any issues early, we can correct them, as this will always lead to a much better-sounding film. Many times, I am hired after the film has been shot and when they are beginning the picture editing process, so we do our best with what is available.

PB: What advice do you have for someone just starting out in the sound department?

DV: Be passionate, make every sound have meaning behind it, and go in ready to learn something new each day. Try to stay humble as it is our job to collaborate with the director and picture editor. The director has had a vision for this film long before we start our process, so keep an open mind and really listen to their ideas and vision. Our entire job is based on listening, so if you’re not listening and hearing your director, then you’ve already missed the coolest part of this job!

Since premiering at Sundance 2019, Hala has been picked up by Apple for distribution!

For more interviews with some of the leading industry creatives, check out our past conversations here: