Use your iPad as a Control Surface in Adobe Audition

Instead of a mouse, use your iPad to control your faders and other controls in Adobe Audition (mute, solo, automation). Using a control surface frees you from the keyboard!

The iPad is quickly turning into a powerful tool for filmmaking, with new apps appearing each month. To see some of the latest apps and post productoin tools check out HandheldHollywood.com, a site focused on iPad/iPhone filmmaking apps and gear.

I spend a bit of time in Adobe Audition working with audio, and using a mouse feels cumbersome at times.  I personally prefer the tactual touch of a fader or virtual fader over using a mouse, and this is where control surfaces come in.   Control surfaces are devices that control the faders and other controls (mute, solo, automation) in Audition or other Digital Audio Workstations (DAW).

Control Surfaces aren’t currently supported in Premiere Pro, but they are in Adobe Audition, FCP 7, and Logic Pro.

You can easily spend $200 on a dedicated control surface, but there is a cost effective alternative: use your iPad.  AC-7 Core ($7.99) is a control surface that runs on your iPad.  I previously mentioned this useful application in my 10 filmmaking apps under $10 article. 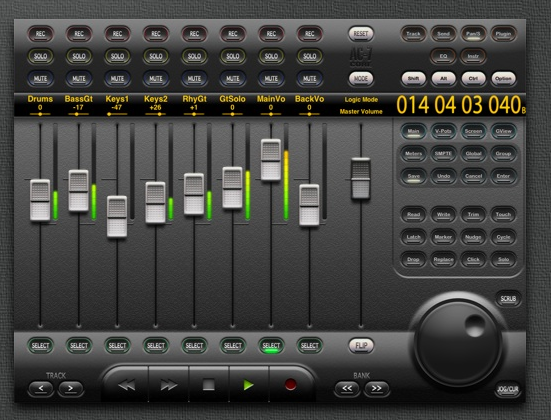 As an editor who also does audio (and wears multiple hats), I find the AC-7 good for basic post-production audio work.  It enables a quicker workflow and in many ways is easier to use than a mouse.

The other big plus of using a control surface is that it frees you from your computer.  You can perform basic functions like recording a voiceover from across the room!

Getting Up and Running

To start using AC-7 Core in your post production workflow you’ll need to set it up.  The installation and configuration are surprisingly easy (takes 5-10 minutes)  First, download the app from iTunes.

It might be necessary to manually reconnect your iPad if it was turned off after a session. Go to Utilities > Audio Midi Setup.  Then double click on Network, then select the iPad and click Connect.  If you will be using this workflow a lot it’s a good idea to put “Audio Midi Setup” on your dock (for Mac users). 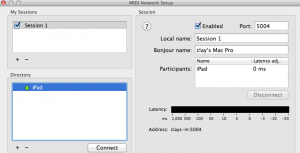 Surprisingly the AC-7 Core dosen’t have latency issues (delay) when you move a fader and works with no hiccups wirelessly over a Wi-Fi connection.

If you prefer using an iPhone or iTouch there is also a AC-7 mini.

You have a choice of Modes, to emulate the settings in various DAWs.  The Generic Mode works with Audition and generally any device that uses Mackie Protocol.

You can pick a skin, which gives you a light or dark interface. The faders are responsive and clicking the meters button lets you see the audio volume for each track. 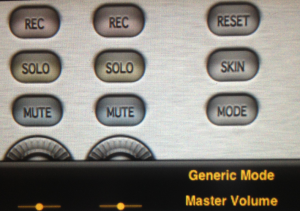 You can select tracks, mute and solo them. You have transport controls to play, record, jog and shuttle. One of the most useful features for me is the ability to record audio keyframes in Adobe Audition, which we’ll dig into a little deeper now.

Often when you have music in your video edit you want to dip it down when someone is speaking, and then bring it back up when they stop.  This is called “riding the levels” or adjusting gain.  Instead of doing this manually you can record keyframes when you move the fader using Automation.

In Audition you need to be in a multitrack session to use automation.

By Default each track is in Read Mode. To record keyframes change this to Write. You can do this in Audition or click the Write button on the AC-7. Click the Play button and drag the fader to record key frames, and press the Stop button when done. 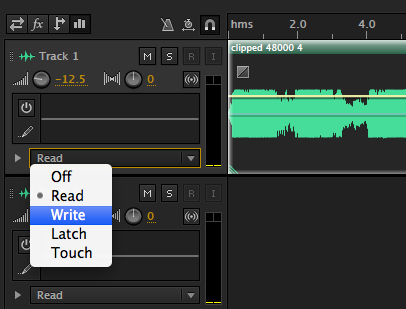 For $7.99, I think the AC-7 Core is a no brainer if you have an iPad and spend a bit of time in Audition or other DAWs.  It does well what it is designed to do – speeding up and streamlining your Adobe Audition audio workflow.