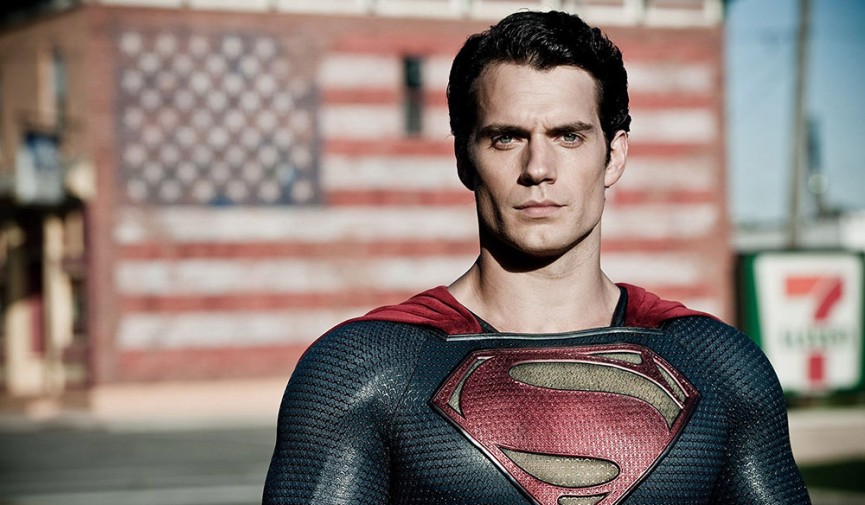 Lessons From a Viral Success: What If Man of Steel Was in Color?

You’ve probably seen the viral video – ‘What if Man of Steel was IN COLOR?’ – but what can we learn from its success?

When VideoLab posted their 3 minute 20 second video essay What if Man of Steel was IN COLOR? on YouTube, it pretty quickly became a viral hit. At the time of this writing it has over 2,220,000 views in the space of a few of weeks.

Pretty good going for a first posting from a seemingly unknown outfit. I’ll get into the cut and thrust of the results of the video – that it angered colorists, excited some comic book fans and enraged others, and VideoLab’s ultimate peace-making response. But first, the most important point about viral video success is one that VideoLab made after they got all the attention they were not expecting. Here’s some of what they said:

When a video goes viral, we tend to assume some maliciousness on part of the creator, as if it was a perfectly executed social networking master plan of self-promotion. The truth is that viral videos only happen one way — by accident. There’s no formula or everyone would do it. A perfect storm of 7-8 unlikely things propelled this video way beyond its intended sphere of influence.

There is no recipe for true viral video success. So be careful what you post online, because you never know where it might end up. This is part of the beauty and curse of the internet. 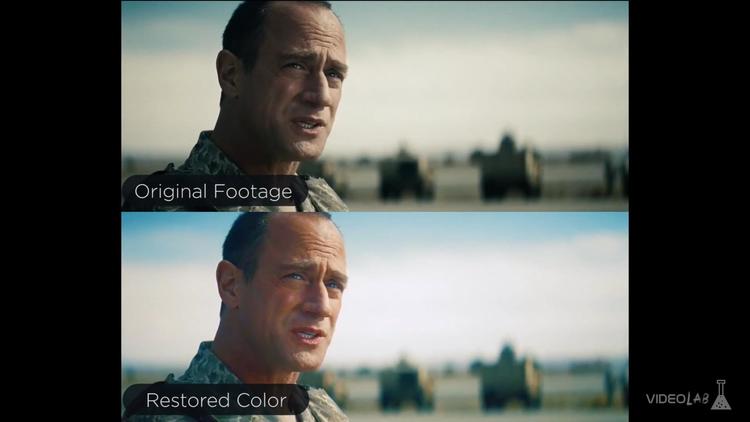 The community who seemed most upset about Man of Steel In Color was the international colorist community who felt that VideoLab had slandered the good name of color correction and entirely failed in their own attempts to ‘restore’ the film’s look with some cack-handed color grading.

Lots of people who never knew about color correction unknowingly learned about it.  Unfortunately, they learned about it in a negative light.  There are so many things that they don’t comment on in this video that are obviously intend to skew the opinion of the viewer. – Rob Bessette

Is Man of Steel too desaturated? I don’t particularly care. My issue is with the guys at VideoLab giving the impression they’re color grading experts while spending the entirety of the video showcasing the fact that they have absolutely no idea what they’re talking about. – Keith Mitchell

Keith Mitchell, over on cinematicramblings.com, shared a keen-eyed view on the quality of the grading at work in VideoLab’s video which is worth a read, and it’s hard to argue with the skills of one of the world’s most accomplished colorists – Stefan Sonnenfeld.

Whatever the intent or the result, part of the videos viral success comes down to the fact that it hit a nerve with a large enough audience, because it spoke to something that (for whatever reason) people care about. Tapping into a zeitgeist could help your video achieve viral success.

Getting Picked Up Virally 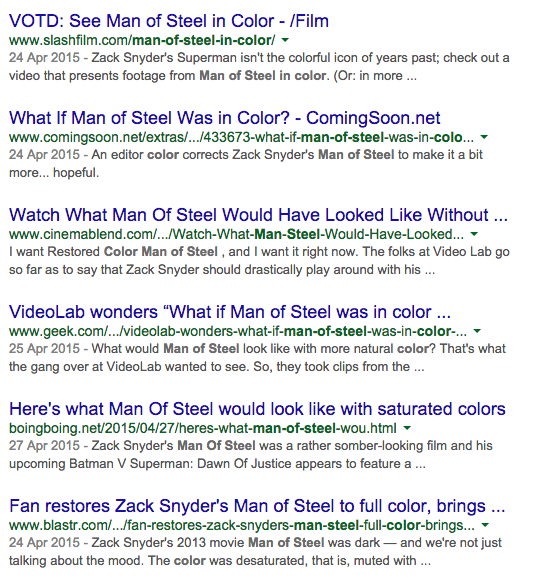 Another aspect to the video’s success was the fact that it was picked up by so many fansites, daily news sites, and other forms of aggregation. There needs to be a mechanism for transmission of the viral message, which in this case is obviously the internet, but it’s more about the community of people who will transmit it from one to the other.

Who is the community in the heart of your audience who will spread your viral video? If there isn’t one, it probably won’t spread. Comic book fans, movie fans, creatives, etc. are fairly vocal communities. They are daily frequenters of niche sites and constantly connected by social media. Therefore, they are ideal for this kind of thing.

Who is the community at the heart of your audience that will help share you video? Ensuring they have access and waiting on a strong network effect could help your video succeed.

Having an opinion matters

Man of Steel is a very dark movie and the footage you see is actually 90% genuine but, at the end of the day, this is a comedy video and no one should be taking it so seriously. If the title didn’t give it away, the fact we stop our comparisons every 5 seconds for a dumb joke should have. It’s not a lesson on color grading. It’s not a hit piece against DC. It’s not, ‘Look at us, we ‘fixed’ the movie.” It’s not an insider expose on the inner workings of corporate filmmaking….

We’re video editors and motion graphics designers, not professional film colorists. We stand by the editing, graphics, & points we make as being pretty solid for something that largely came together in a couple days. However, we won’t defend the color grading because we know it isn’t good. We’re amateur colorists and it’s impossible to put back color once it’s gone. It’s just an approximation. Plus, a film isn’t just a collection of pretty shots, it’s is a 2-hour experience and decisions like tone & color grading should only be considered in that context.

Given the widespread distribution of the video, we have some regrets. Using the term “restoration” implies there was something wrong with the film, which is unfair. We also deeply regret if the video offended anyone involved in the production of these films because we love DC movies and will be first in line for every single one of their upcoming films. We just hope they have more color.

The video received exponentially more attention than it probably deserved and was not designed to stand up to the level of scrutiny it is receiving. When you put a video on the internet, that is your choice. We both deserve and invite the criticism along with the goodwill. However, no one in their right mind would ever anticipate their first youtube video getting a million views in one day.

Four days into their viral success, VideoLab wisely thought to clarify the intent of their video and sought to assuage some of the haters. They point out that they’re not professional colorists (although they did state their opinions on color pretty emphatically in the video) and they claim it was all intended as good natured fun.

What matters for our purposes is the fact that having an opinion matters. Taking a stance on a subject gives your audience something to chew on, interact with, and dialogue about. As they say, “If you don’t stand for something, you’ll fall for anything.”

That said, having an ‘informed opinion’ matters more. You can have a lot of words without knowledge and if you don’t know what you’re talking about, someone who does will probably point it out — which may attract the kind of attention you’re not necessarily seeking.

Here’s a few more posts from PremiumBeat about getting your stuff out there – for better or for worse!

Has any of your work gone viral? What was it like? What did you learn from it? Let’s discuss in the comments below.