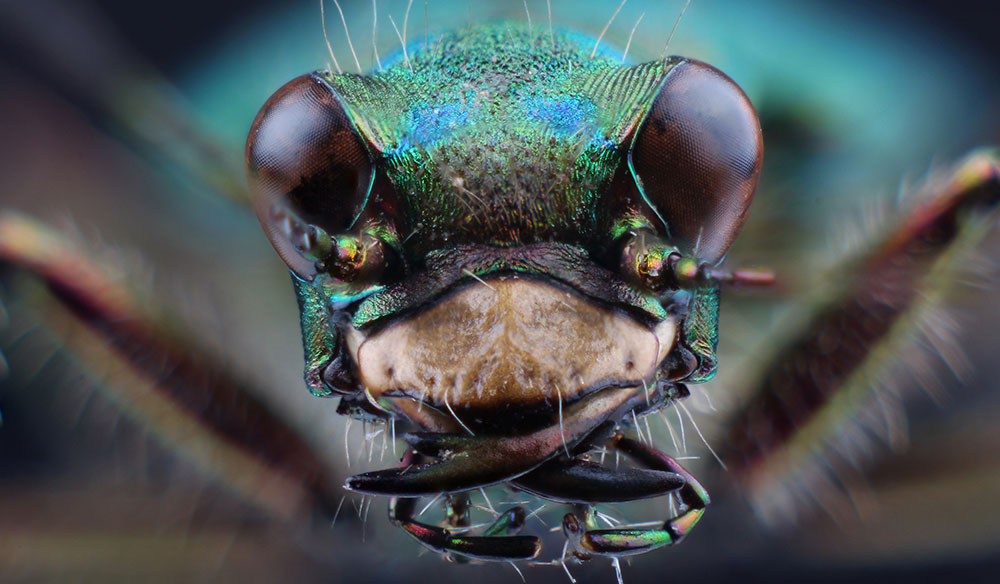 There are few things as compelling and hypnotic as macro video. Get inspired with these quick glimpses into the hidden world around us.

Ladybugs as large as eagles. Puddles the size of lakes. Minnows the length of blue whales. Life looks a lot different when captured in macro videos like the ones below. These rare glimpses into the smallest parts of our world can be disturbing and intimate — But they’re always fascinating, as you’ll see in the following handpicked examples of macro video.

In Slow Life, the cameras (Canon 7D, Canon 5d Mark III) catch the nearly invisible movements of marine animals. From the filmmaker: “Make sure you watch it on a large screen! You won’t be able to appreciate this clip or see individual cells moving in a sponge on a smartphone.”

In My Father’s Garden (shot on a Panasonic HPX 500), a small backyard pond becomes the center of a sprawling rain forest.

If bugs give you the heebie-jeebies, you might want to proceed with caution. This stunning video is the very definition of “experimental.” In fact, it won Best Experimental Video at the 2012 Vimeo Festival + Awards.

Jack and the Giant

There are parts of this abstract music video that seem like they could have been filmed in a deep space nebula. Or inside the human body. Turns out, it was likely filmed in a kitchen. From the filmmaker: “Made with mostly simple household goods like food coloring, soap, water (and a few exotic things like Ferrofluid).” How’s that for some DIY inspiration?

This video takes the whole “bugs and small animals” thing to a new place with an almost sci-fi sensibility and approach.

If David Lynch and Ridley Scott ever collaborated on an alien horror film, I’m pretty sure the first minute of the movie would look a lot like this. And that’s a compliment, by the way. It’s almost unbelievable that moments like this occur daily in the ditch at the end of your street.

A finalist at the Wildlife Conservation Film Festival New York, INSECTS Little Matters is worth watching just for the shockingly beautiful close-ups of dragonflies.

Want to see more macro videos? Want to learn how to make them? Check out the following resources: