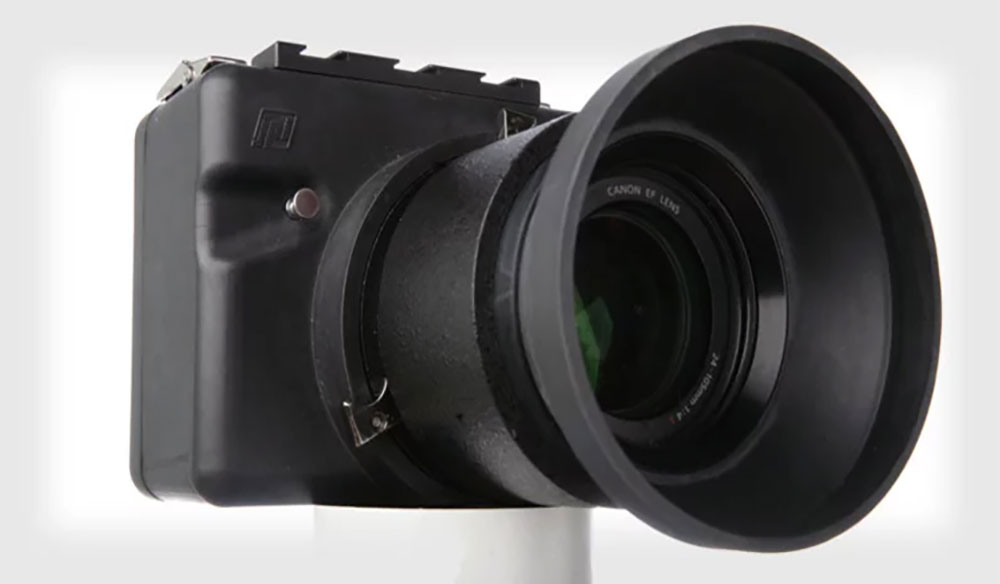 Unit stills photographers shoot the majority of promotional material and behind-the-scenes stills, but many people don’t know much about their role.

It’d be a fair assessment to say that the unit stills photographer is perhaps one of the most overlooked roles in film production.

Unit stills photographers seem to be everywhere on set, but you don’t see them. One tool that helps them stay so stealthy is the sound blimp. It’s a camera housing that’ll significantly reduce the sounds of the mirror folding up and shutter firing.

However (as you can hear in the video above) it doesn’t mute the sound entirely. 90-95 percent of the time, though, the blimp enables the photographer to shoot unnoticed while the camera rolls.

The majority of mirrorless cameras also have an electronic shutter, and as such, people have long wondered if mirrorless cameras would one day render the sound blimp obsolete. Of course, without the mirror reflex and the option to disable the mechanical shutter, the mirrorless camera is (on paper) the perfect, silent tool. At the beginning of what we could consider the Mirrorless vs. DSLR war, it didn’t seem likely that the mirrorless format was going to kill this tool any time soon. There were sensor limitations, continuous shooting wasn’t as fast, and autofocus points were lacking. They, quite simply, couldn’t measure up to the standard of professional DSLRs.

Last year, longstanding blimp manufacturer Jacobson Sound Blimps announced it would be ceasing operations as the company CEO, Mark Jacobson, would be retiring:

After fifty-two wonderful years, Jacobson Photographic Instruments wishes to happily announce our CEO, CFO, Head Technical Designer, and Chief Floor Sweeper Mark Jacobson’s retirement to the beautiful Ojai valley. Before I ride off into the sunset, I want to make sure all of the Amazing Photographers who have given me such a great life will have everything they need to get through their transition into the quiet, mirrorless camera world. If anyone needs a new blimp body, lens tube, repair, or tune-up of any kind, I’m keeping the office/shop open through August 25th, before closing the doors forever. Also, if you know of anyone interested in the machine shop equipment, it will all be available after I finish filling everybody’s orders, so come by early and take a look. I would especially love to see the equipment continuing on in Hollywood, helping to make that Hollywood Movie Magic for another lucky person’s lifetime. 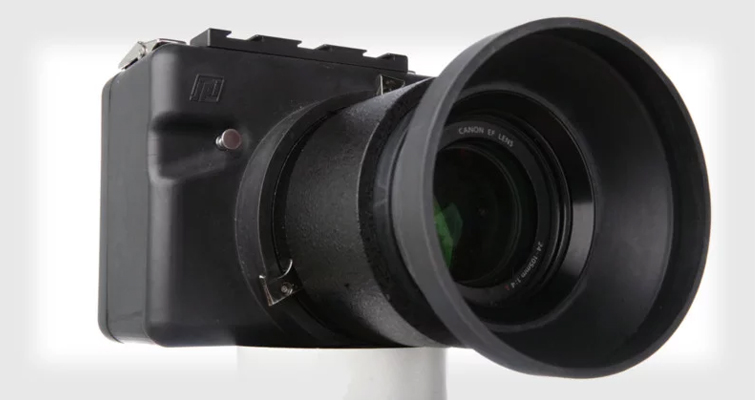 The Jacobson Sound Blimp reduces the sound caused by the shutter.

The interesting tidbit from Mr. Jacobson’s announcement was the mention of the “quiet, mirrorless camera world.” Pushing into 2020, it’s now a different story regarding the functionality of mirrorless cameras, when compared to the DSLR. Ten years later, we have Sony releasing the A7R IV, a full-frame mirrorless camera that has a whopping sixty-one megapixel sensor, making it a somewhat faux medium-format camera, that can deliver photos with 9504 x 6336 pixels. And then, the likes of A9 line boasts 20 fps continuous shooting.

Given that these cameras shoot in strict silence, without the need of a clunky shell, the sound blimp for the DSLR has become a dated device. I was looking to link a couple of manufacturers throughout this article. As of today, most websites are now defunct (Jacobson, Fatboy) or if the brand is still in operation — such as AquaTech — their sound blimp is no longer stocked.

Based on interviews and comments online, while some have fully jumped over to mirrorless cameras, for many, a mirrorless camera and a blimped DSLR are a go-to setup. There are still a few instances where the electronic shutter doesn’t work well, depending on the model of camera. For example, banding under artificial lighting. Fluorescent lights run at a frequency of either 60 Hz or 50 Hz, if in a PAL region. Although, we typically associate anything electronic to be faster than the mechanical counterpart, the electronic shutter for most mirrorless cameras (save the Sony A9) has a slower readout speed than a mechanical shutter. As a result, banding will occur when pushing for faster shutter speeds. 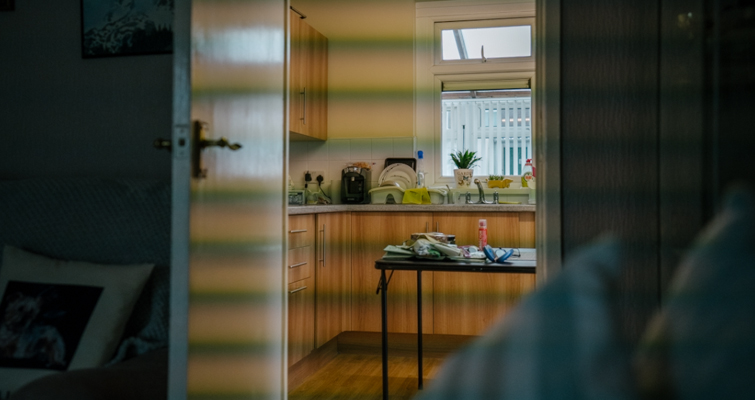 You want to be mindful of your shutter speed when shooting in artificial light.

You can work around this problem by merely shooting at a shutter speed that correlates with the AC frequency of the host location. Either 1/60 or slower for 60 Hz, and 1/50 or slower for 50 Hz. The primary issue with these shutter speeds is that they’re not generally going to pause fast action, and any movement is going to cause motion blur.

Likewise, a Unit Stills Photographer will capture an immense number of photos per day — a number like 500 photos would be on the low end. Yet, when compared to the number of photos you can capture per charge on a mirrorless — say comparing the Nikon D5 (DSLR) to the Nikon Z6 (mirrorless) — you’d be looking at a tremendously different output. The D5 can capture 3780 shots per battery charge, whereas the Z6 will capture around 310 shots per charge.

In the video discussion below, Vanguard has a lengthy thirty-minute discussion with esteemed and legendary stills photographer Jasin Boland.

At one point, a viewer from the live show asks if he’s using mirrorless cameras, and Jasin replies as follows:

A lot of guys have started to go mirrorless. I’m a Nikon guy, as some may know . . . The reason why I’m still on the DSLR and blimped cameras is because I use D5s. I need that 12 fps, and I need my focus to be accurate.

However, this interview was from 2017. Since then, we’ve seen the Nikon Z line — a mirrorless full-frame line that represses a number of those concerns. Jasin did go on to say that he’d be ready for mirrorless in a year, and I recently reached out to him via Instagram, and he did confirm that he now shoots with a mirrorless system and a blimped camera.

While it’s likely you’ll still be seeing blimps on sets for the next year or two, I’d wager that mirrorless will soon deal the final blow, truly making the sound blimp a relic of film production.

If a mirrorless camera — with the needed functions for onset photography — is out of your budget range, and you can’t find a blimp on the market, many creatives have taken to making their own with excellent results.

Looking for more articles on filmmaking equipment? Check these out.