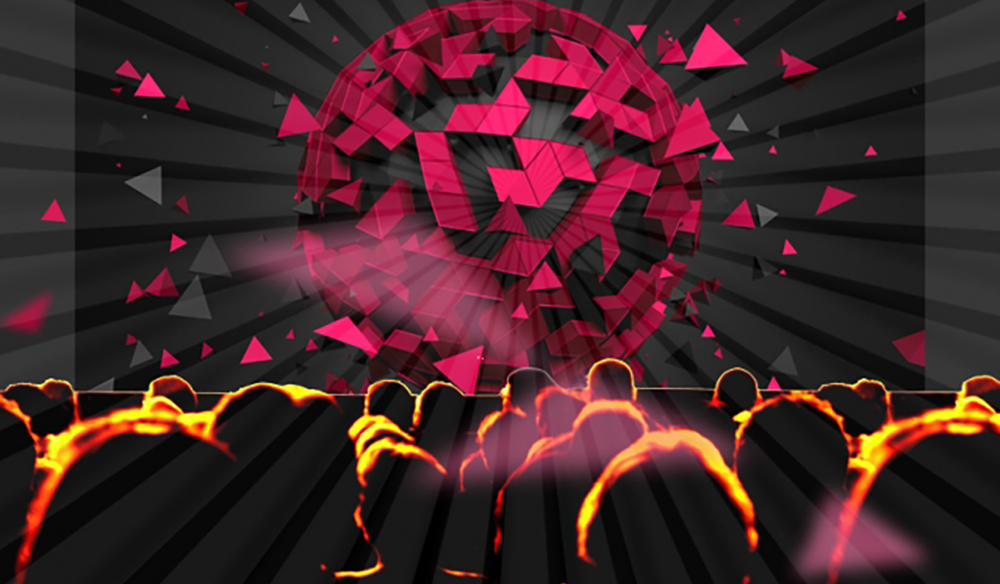 It’s time to ditch the 3D glasses. MIT is here to change the way we go to the movies.

Only weeks ago we mentioned that MIT was going to change SFX and sound design forever with their computerized sound design. While that could eventually change the whole world of post-production, their latest announcement ahead of SIGGRAPH will impact audiences in the not-too-distant future.

The MIT Computer Science and Artificial Intelligence Lab (CSAIL) has released a new paper (alongside Israel’s Weizmann Institute of Science) demonstrating a 3D display that allows audiences to watch 3D films without 3D glasses. As a daily wearer of eyeglasses, it almost brings me to tears that I may soon be able to watch a 3D movie in theaters. Now I won’t have to strain my eyes to look through the one tiny part where my glasses and the 3D glasses line up.

Dubbed Cinema 3D, this new prototype uses a special array of lenses and mirrors to create a 3D image. The most astonishing feat — it doesn’t matter where an audience member is sitting in the theater. The 3D experience is available at every seat.

“Existing approaches to glasses-free 3-D require screens whose resolution requirements are so enormous that they are completely impractical… This is the first technical approach that allows for glasses-free 3-D on a large scale.” – MIT professor Wojciech Matusik

Researchers admit that the system is not ready for mass production, but they are optimistic that future developments will lead to theaters offering a glasses-free 3D experience.

Glasses-free 3D does already exist on a much smaller scale, particularly in traditional televisions use of a parallax barrier — “slits in front of the screen that allows each eye to see a different set of pixels, creating a simulated sense of depth.”

The downside is that parallax barriers require viewers to be a certain distance from the screen, which obviously wouldn’t work in theaters.

Cinema 3D encodes multiple parallax barriers in one display, so each viewer sees a parallax barrier tailored to their specific seat. That is then replicated across the theater using Cinema 3D’s mirrors and lens special optics system.

The MIT Media Lab is also involved in creating new projectors that cover the entire angular range of the audience, but the resolution of the projected image is much lower.

The key insight with Cinema 3D is that people in movie theaters move their heads only over a very small range of angles, limited by the width of their seat. Thus, it is enough to display images to a narrow range of angles and replicate that to all seats in the theater.

The Cinema 3D system isn’t practical at this moment, as the prototype required fifty sets of mirrors and lenses. Professor Matusik says that the team hopes to build a larger version of the display to refine the optics and improve the image resolution.

It remains to be seen whether the approach is financially feasible enough to scale up to a full-blown theater… But we are optimistic that this is an important next step in developing glasses-free 3-D for large spaces like movie theaters and auditoriums. — Matusik