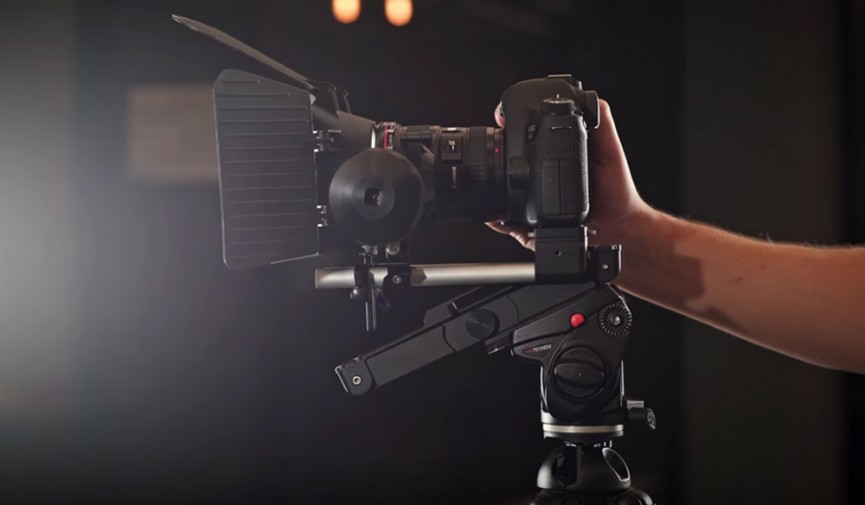 Tons of new dollies, gimbals, drones, and more made headlines at NAB 2016. Here’s a look at the best new rigs out there.

Nearly every accessory manufacturer just debuted a new device designed to help cinematographers. Here are some of the best new support rigs we saw at NAB 2016.

On the NAB floor, Kessler is showcasing the new Shuttle Dolly,  a stellar compact dolly system with a 125 lb capacity. The Shuttle Dolly itself weighs 34 lbs and the base kit starts at $1,100.

If you’re interested in trying any Kessler gear, you’ll be thrilled to hear about the company’s new Try Before You Buy collaboration with LensProToGo. When you rent Kessler gear from LensProToGo, be sure to click on the Try Before You Buy box. When you decide to make a purchase, Kessler will give you a discount for the amount of the rental cost, up to 15% off of the purchase price. The promotion is only valid on Kessler gear from LensProToGo through May 31, 2016. Discounts will be honored through June 30, 2016.

Here is a look at the Kessler Shuttle Dolly from No Film School.

Edelkrone made a couple of announcements that gained attention. Up first was their new StandPLUS — a bizarre looking collapsible tripod/stand hybrid. The Stand Plus allows users to quickly set their camera in place without adjusting any knobs or controls.

The company also announced a new follow focus available in May for $199 — the FocusONE.

Edelkrone also revealed the JibPlus, which offers automated pan, tilt, and focus to your existing rig. The JibPlus comes with a controller, sensor module, and 2-axis head with focus motor.

Finally, they showed off the new RigONE, an all-in-one rig solution for lightweight cameras. The rig can carry up to 6.6 lbs and is optimized for DSLR and mirrorless cameras.

We’ve already covered DJI’s major announcement, the new Matrice 600 cinematic drone and Ronin-MX. The Ronin-MX was designed to not only capture stable shots on the ground, but quickly attach to the Matrice 600 for aerials.

Since that write-up, No Film School got a close-up look at the new Osmo RAW. This version of the Osmo features the Zenmuse X5R camera, which can record on a solid-state drive and features a Micro Four Thirds mount.

For those already with an Osmo, you’ll be thrilled to hear about the new Z-Axis which eliminates the terrible shock of an operator’s footsteps. Here’s a look at the Z-Axis from Cinema5D. The Z-Axis is available for $128.

Redrock Micro demonstrated their Eclipse system, which helps operators keep focus while operating gimbals and drones. The Eclipse is a combination of the Atlas wireless focus and iris motors, the Halo autofocus system, and the Orbit swivel arm that keeps your monitor in view while moving the gimbal around.

Zacuto displayed the new Gratical Eye SDI electronic viewfinder. It’s the company’s smallest and lightest Micro OLED EVF. With a 75Wh battery, the Gratical Eye can be powered for 14 hours. The Gratical Eye is scheduled to ship in May.

Here’s a look at the Gratical Eye from Zacuto.

The new Vocas Spider System is a modular camera support system designed for an array of cameras. The lightweight system is ideal for quick run-and-gun shoots. Here’s a look a the rig from Cinema5D.

What must-have new gear did you see at NAB 2016? Share your wish list in the comments below!