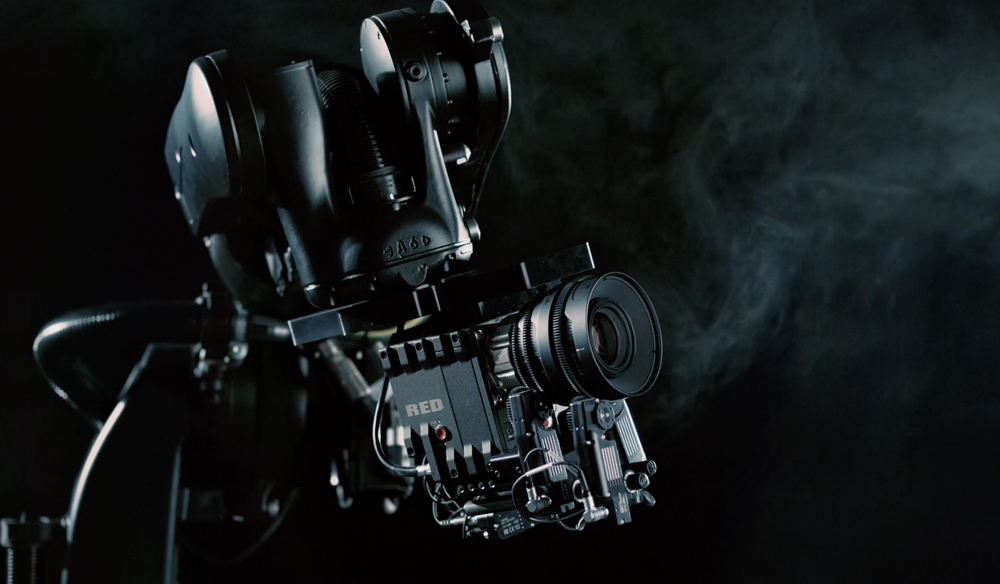 Flesh out your video gear wish list with this roundup of all the incredible support equipment on display at NAB 2016.

It’s only been a day since our since our last NAB 2016 camera rig roundup, but we already have another batch of dollies, sliders, and drones to look at. Here are even more tools to drool over.

Motorized Precision announced the KIRA, the latest in robotic camera rigs. The rig has a maximum height of 9 feet and can extend to 5.63 feet. Don’t expect to just casually carry this around — the KIRA alone weighs 570 lbs and the baseplate weighs a whopping 3400 lbs. The KIRA has a maximum camera payload of 40 lbs and can move 3.2 feet in 0.5 seconds.

Check out the KIRA in this video from AbelCine.

Rollocam showed off the Kickstarter success Hercules pocket dolly — and by pocket dolly, I mean this thing literally fits inside a pocket. The compact camera dolly was designed for cell phones, DSLR, and mirrorless cameras weighing up to 10 lbs. The Rollocam Hercules can literally roll in either direction and it’s programmable at five different speeds. To follow a different path, just attach an additional bracket and set magnets in the path.

The Hercules base model is available for preorder for $125 and the premium package will cost $249.

Here is a look at the Rollocam Hercules from No Film School.

Munich-based manufacturer Polly System debuted their new Polly Slider. This is one of the lightest sliders on the market, weighing only 3.3 lbs. The Polly Slider uses patented high-inertia flywheel stabilization, giving the camera operator incredibly smooth control and stable panning.

The Pollysystem Polly Slider is available for order and retails for $1,072.

Rig Wheels has something great for those of you constantly mounting to vehicles. The new Cloud Mount was designed for gimbal stabilizers — allowing you to quickly mount them to vehicles without having to use suction cups. The Cloud Mounts uses rubberized magnets that quickly attach to any vehicle. There are even mounts that go on either side of glass, allowing you to attach to windshields and car windows.

The system was built on top of the company’s RigMount XL platform. It adds a vibration isolator designed to let your gimbal work more effectively. The system doesn’t require any additional grip or rigging hardware. The Cloud Mount starts at $499 for the vibration isolation only. The kits that include magnets are based on weight. DSLR rigs start at $999 and complete kits cost up to $1799.

Here is a look at the Rig Wheels Cloud Mount from No Film School.

Shape previously debuted the ISEE gimbal for GoPro and action cameras. Now they are back with the ISEE+, a 2-axis stabilizer designed for DSLR and mirrorless cameras. The ISEE+ has a payload of 3 lbs, so it’s not optimal for large cameras, but it can capture some great action shots with a camera like the Blackmagic Pocket. The ISEE+ costs $1,100.

On the production end, Shape showed off a prototype for larger cameras — expected to ship in July for around $4,500. Here’s a look at all of the new Shape rigs from No Film School.

Earlier this year Freefly announced the Alta 8, the company’s new octocopter — it has two more blades than the original Alta, now called the Alta 6. The company’s new flagship drone can carry payloads up to 20 lbs and can be assembled and ready to fly in five minutes. The Alta 8 features quick-release plates on top and bottom, allowing you to mount a MoVI on either side.

The Alta 8 is available now for $17,495. This interview from AbelCine provides a great look at everything Freefly is up to. 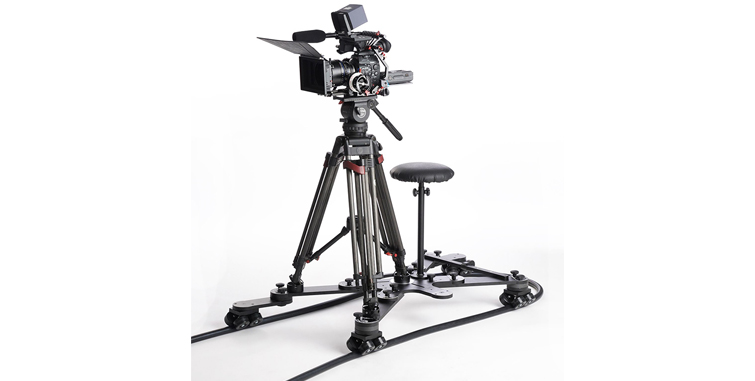 The CamDolly from Fotodiox was first shown off as a prototype at last year’s NAB, but this year Fotodiox showed off the fully functional system. The CamDolly allows for five different configurations, each taking less than 15 minutes to set up. It supports more than 500 pounds, enough for any camera setup and ride-on operator. The system lets you use any tripod and tripod head by using universal leg cups.

Ride-On Track Dolly – Position the tripod and seat in any of several configurations. The included push/pull T-bar gives your dolly grip control over the speed of your dolly move. The track wheels can ride on metal track or SnakeTrack Flexible Rail.

Ride-On Doorway Dolly – Easily mount a set of four skate wheels or a set of four pneumatic tires. A pair of special Compensation Legs make it easy for the dolly grip to use the push/pull T-bar to steer the dolly.

Heavy Duty Slider – CamDolly is designed to ride along any 30-35mm pipe that can be purchased at a home improvement store. The CamDolly Cinema System includes a pair of adjustable rail ends. Operate the Slider at ground level, or raise the slider up on C-stands or light stands, and use the included pair of supports to eliminate sagging.

Tabletop Dolly – Using only the Core of the CamDolly, use this compact mode to do dolly shots on a tabletop or low angle shots.

360° Orbit Dolly – Lock the wheels to specific degree to get a smooth, graceful, repeatable arc.

Libec displayed their new dual-head models – the RH25D and RH45D. Each head features a 75mm and flat-base adapter. What sets these heads apart from prior models is the continuous counter balance, offering smooth and stable operation. The RH25D is estimated to cost $500 and the RH45D $750. Here is a look at the Libec tripod heads from No Film School.

What were your favorite pieces of gear that you saw come out of NAB 2016? Share your gear hopes and dreams below!