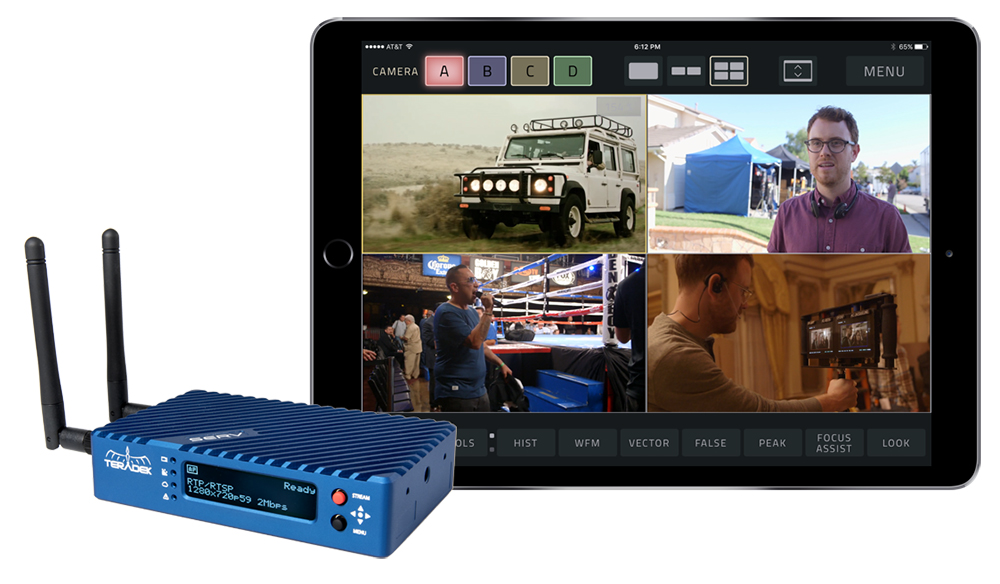 One of the problems with an on-set monitor during a production is how crowded the space gets — as well as the lack of control you have while reviewing your footage on location. Teradek is here to make your life a little easier and improve your final footage with the Serv.

With only four frames of delay, the idea behind this product is to streamline resources, safety, and set management by allowing crew members and directors to review footage on their phones. The product broadcasts the image in HD over WiFi to iPhones and iPads, which can spare you the cost of renting a monitor.

The app needed to run the program is called VUer:

For multi-camera productions, the VUer app can support up to 4 live video feeds from any combination of Serv and Cube devices. Each feed maintains the same 4-frame latency and allows independent use of VUer’s toolset, giving you fine control over the information displayed in each feed.

Also, included is a frame grab and compare feature that allows you to review your shots and shot compositions for script supervisors, makeup, and producers from location to location.

Could a Serv improve your workflow on set? Let us know in the comments.