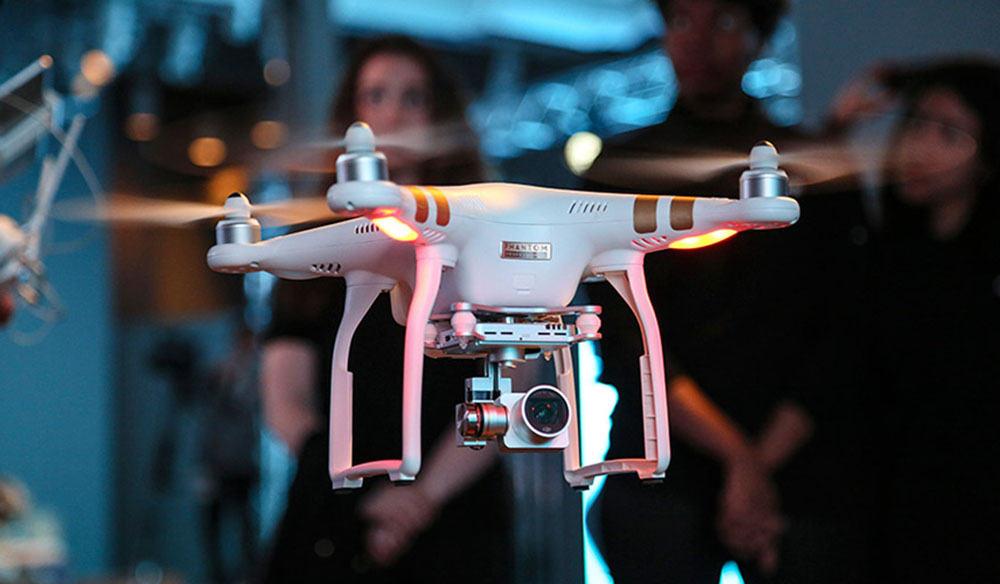 On April 8th, DJI held three simultaneous events in London, Munich, and New York to announce the release of their newest creation: The Phantom 3 UAV.

With reasonable price points and out-of-the-box ease, the drones in DJI’s Phantom series helped bring UAVs into the mainstream. DJI’s dominance of the consumer skies will surely continue with the Phantom 3. Two versions will be available: The Phantom 3 Professional, which shoots video in 4K, and the Phantom 3 Advanced, which is pretty much the same machine, but with 1080p video capability.

Both versions will include improved camera sensors, plus ground-scanning sensors for better indoor flying/cat menacing. Additionally, each model will allow you to live-stream your footage straight to YouTube. DJI offers a more in-depth look at the drone’s specs on their website, and both versions of the UAV are available for preorder now.

Now, just to get you pumped, here’s an awesome video from DJI that features the Phantom 3 in all its volcano-hopping glory.

Here are a few more places from around the web where you can learn more about the Phantom 3:

Ready to get your hands on a Phantom 3? Which model are YOU more interested in? Let’s discuss it in the comments below.