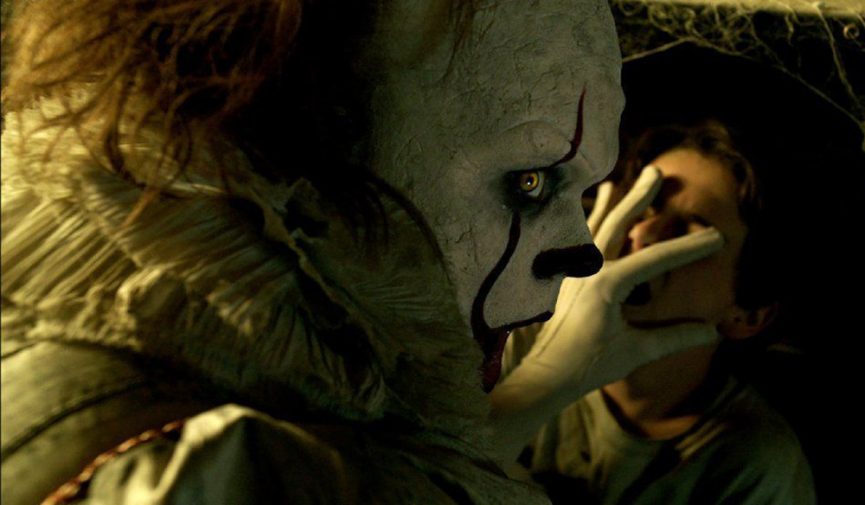 A Look Inside the Post-Production Process Behind “It”

Let’s take a look at the post-production workflow and thought process behind the year’s biggest box office success.

After the smashing debut of the recent adaptation of It, we take a look behind the scenes at the editing booth for some production tips and tricks based on piecing together the horror reboot. We’ll also dive into the color grading process and figuring out the “look” of the town of Derry and the underground world of Pennywise the clown.

The most recent Steve Hullfish interview dives into the stellar editing team behind It and what the process was like for the post-production team. While discussing the themes and know-how behind editing a horror film, Jason Ballantine, the lead editor, explains the difference in pacing and rhythm that comes with horror. A story like, this broken up into individual encounters with Pennywise for each of the characters, requires a particular approach. So each segment had to have the appropriate rhythm and setup for the inevitable jump scare.

We were definitely conscious of trying to mix the rhythms up. Each encounter became somewhat more elaborate for the jump-scare in terms of what was shot.

The first assembly was massively long. It was over three and a half hours and that was the fine-cut scripted length – not a sloppy assembly. So it did mean that screen time had to be dropped, either through the tightening of existing sequences or even scene deletions.

One of the key factors when cutting this film was considering the original source material, as well as the first version of the film from the ’90s. There are “horror rhythms” to consider, as well as filmmaking rhythms Ballantine took into consideration:

Cutting a film is a marathon, not a sprint. You have to emotionally and physically pace yourself. Thinking of the test screening process, I recognize a pattern heading into them thinking, ‘I’m pretty happy with the way this cut is feeling.’ And then, about 10 minutes into the screening, I’d be thinking, ‘Oh my God, I have so much work to do.’ You see where the audience is engaged or restless. Are they verbally expressing their excitement (or fright)? Are they outwardly rooting for the good guys or laughing out loud? 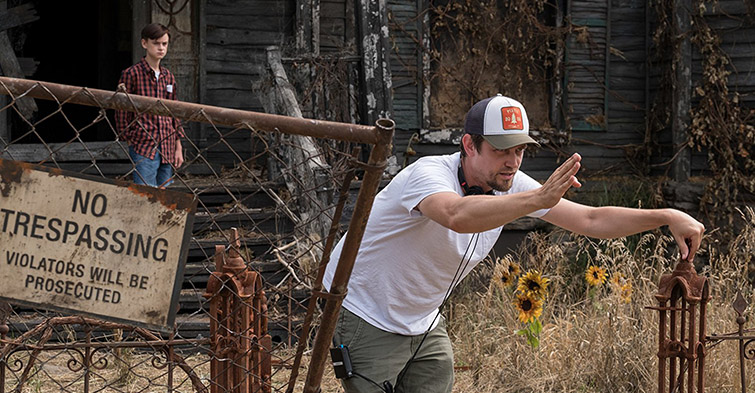 My relationship with the director is paramount. It has to be based on a true sense of trust. The cutting room has to be an environment that they consider as their safe house. They have to feel comfortable enough to openly discuss insecurities, concerns, deficits and shortages. Filmmaking is a compromise no matter what the budget level. The director has been dealing with compromises from the beginning. I just want to assist in making the best film possible from the available resources. I will speak truthfully and be respectfully opinionated. I will flag things that aren’t working, but also offer solutions. 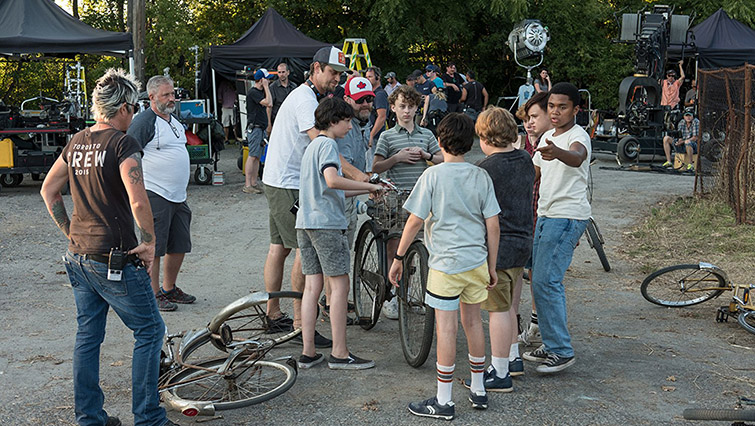 On how the seasoned editor approaches a scene, Ballantine describes his day-to-day workflow from getting his dailies to sitting down with the director looking through what he’s pieced together. Upon receiving the dailies, Ballantine looks through the footage quickly to see if he needs any pickups or reshoots to report back to set. Once he’s done this, his assistant editors make sure all the footage has been copied over before returning the footage for formatting.

Beyond the basic checking of coverage, I start to formulate the first assembly by watching every single take. I do my selects and pull everything that’s of any value or interest. In watching the scene I start to formulate how it will come together. For example: what framing size and angle for what line delivery? Also I’m collecting reaction shots and insert details as I go. I just compile in take order.

From there, Ballantine asks his assistants to arrange the selects in script-order so that he can have a better understanding of the structure, as well as work at a faster pace without worrying about getting lost in the footage. Once he has a good chunk of the selects in the order he wants, the finished product from that batch will be about a third of the original length (the original cut of the film was just short of four hours long).

(The crew edited It on Avid. For more info on a FREE version of Avid’s NLE, check out our past coverage and review here.)

Recently postPerspective sat down with the colorist, Stephen Nakamura, about taking on the film after the trailer went viral. One of the most unique aspects of the film’s grading was how the film changed once the initial trailer premiered. The studio had no idea just how excited people would be to see this remake come to life, and the YouTube view count was certainly a good indication.

A crucial step in the color process was the lighting they had to work. The majority of the horror and scares that happen throughout the film occur in broad daylight or well-lit interiors. Playing against the tropes of the horror genre helped this film and its crew succeed where others have failed, creating a look truly unique to the story and vision.

Part of the genius of this color and lighting scheme is how the plot unfolds. The majority of the film takes place in well-lit places as we meet the “losers club.” So, as the film moves forward, and the last act takes place in the dark, shadowy sewer system, the characters are surrounded by darkness, the stakes are high, and we are emotionally invested. Nakamura explains this structure as a way that helped him work with the editors and director coloring the film, according to the themes and tonal shifts that occur throughout the movie.

In regards to shooting the film (with the Dolby Cinema HDR capabilities), not only could the image be brighter than usual, it also allowed Nakamura to darken the screen like never before while maintaining detail. This level of control over the image brought to life a terrifying and engaging experience for audiences around the world. The staggering box office numbers indicate that this much thought, time, and care really paid off in the end.

But when you’re in that space, you can also make things appear much much darker too. So the overall level in the theater can get really dark but because of that contrast you can actually see more detail on a person’s face, or a killer clown’s face, even when the overall level is so low. It’s more like you’re really in that dark space.

Nakamura suggests viewers see the film in a Dolby cinema if possible to experience the film how he intended it. As for the dreadful killer clown in the film, there was some work done in the DI contributing to the overall appearance of the clown.

We had alpha channel mattes cut around his eyes for every shot he’s in and we used the color corrector to make changes to his eyes. Sometimes the changes were very subtle — making them brighter or pushing the color around — and sometimes we went more extreme

As for the software used on the film, Nakamura used none other than DaVinci Resolve, citing its intuitive, easy-to-use nature as its strongest asset. The film is an impressive achievement for everybody involved, and it is a solid example of how a team of filmmaking professionals can produce a piece of work that excels on every level.