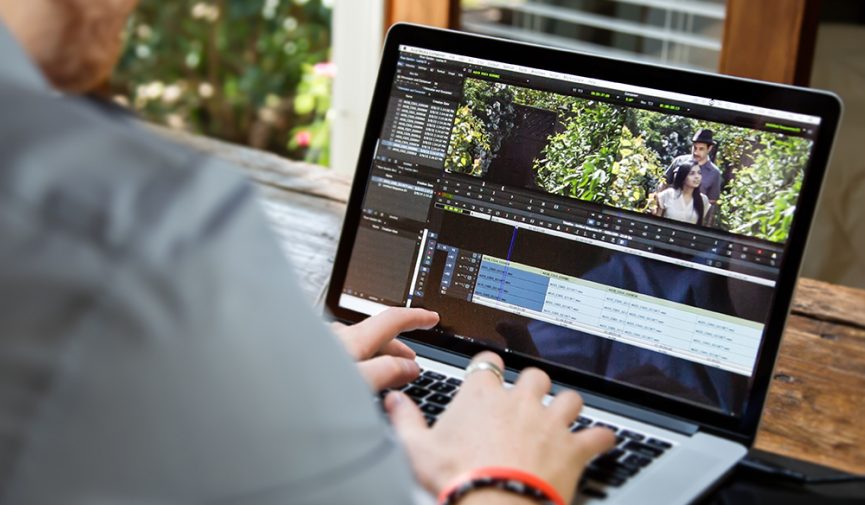 Media Composer First is a free and “limited” version of the industry-standard NLE, but is it worth a download?

Avid announced Media Composer First back in 2015, and it is just now seeing its release. Avid spent the past two years tuning the features they would be willing to make available in a free version of their NLE.

Perhaps it was the growing competition with younger editors learning on Premiere Pro and Final Cut Pro, or even industry competition with Blackmagic’s release of a free version of DaVinci Resolve (which now includes its own NLE), but Avid saw it fit to make their tools more accessible to novice users.

What Is Avid Media Composer First?

Whereas Premiere Pro and Final Cut Pro have dominated the indie and online video markets, Premiere Pro is just now inching its way into feature production. Neither program comes close to the massive industry user base Avid has always maintained.

Many claim that this is just a stripped down version of Media Composer, but that is not a hinderance. This is still a very powerful program — and at no cost it’s foolish to immediately downplay Media Composer First. This is a serious tool that is now accessible to everyone.

The process of downloading Media Composer First is easy, but there are a lot of steps to start the download.

Media Composer First is available for Mac and PC. On the download page, you will also be prompted with some links to “Get Started Fast” video tutorials, a quick start guide, the community forums, and your Avid Master Account where you can access downloads and updates. 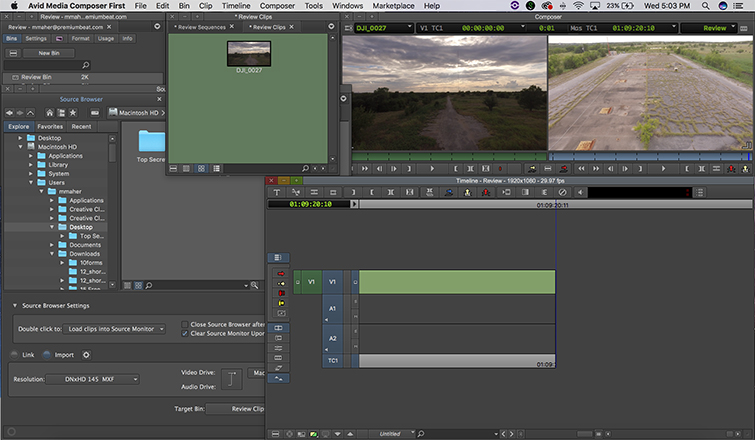 There are positives and negatives to Avid Media Composer First, if you can even really call them negatives considering this is a free program.

While this is touted as a stripped-down version of Media Composer, it really isn’t. Most of the tools are still there, you just don’t have access to unlimited workflow tools.

Other than those limitations, just about every other tool and option is still available. From trimming clips to color grading, you have access to just about anything you’d need to cut and export an indie-sized project.

My Review of Editing on Media Composer First

I’ll go ahead and issue this disclaimer: I haven’t personally cut on Media Composer in over a decade. I first learned how to edit on the likes of Windows Movie Maker and iMovie as a kid. I didn’t cut on Avid until college, but at the same time, I purchased my own student license for Final Cut Studio 2 and was an FCP7 editor pretty much until I wrote “It’s Time to Stop Editing in Final Cut Pro 7” in 2015. These days, I hop between Premiere Pro and DaVinci Resolve, depending on the project. Very rarely do I even find myself opening FCPX anymore.

A lot has changed in that time, but from the looks of the interface, Avid really hasn’t changed all that much. That’s been the biggest plus and minus for the program. Avid is built to support major motion pictures and television series that are rarely cutting on the latest tech. Studios have relied on the ability to constantly edit projects without ever needing to update their hardware or software, which could risk a delay of production.

On a mid-2015 MacBook Pro, Media Composer First lagged to the point that I infuriatingly just had to walk away to write down my notes for this piece. You’re going to have to adjust some settings to fine tune Media Composer First to best work on your individual machine.

As most editors should admit, I was forced to Google my issues to find any type of resolution. Much like my early days ending up on sites and blogs like this very one, the Avid forums, or CreativeCow, I once again found myself digging through the same forums and comments sections of other blogs. Many of the issues I had with the current version of Media Composer First are the same issues people have been running into for years with the regular version of Media Composer.

At launch, you are immediately prompted to log into the Avid Application Manager. This is nothing new, as editors have always searched for ways to turn off this “helper” program. It should be noted that as long as you are logged in, you can still cut in Media Composer First if you are offline.

Right away, you’ll notice that if you were listening to music on your headphones, you’ll be blasted with audio right at launch. If you go in between programs, you’ll hear the audio levels constantly change. This is something I fixed with another visit back to Creative Cow.

Where other NLEs have made major strides in working faster on limited machines, like laptops, Avid Media Composer puts my computer into a stranglehold and never really lets go. I tried editing a 4K clip, and my computer just couldn’t handle the workload. I ended up having to force quit Media Composer First and try again.

Despite the issues I had in the beginning, the issues were rather minor once you are able to actively start cutting. You may also benefit from watching a few of the beginner tutorials that Avid provides on their site.

It can’t be said enough: this is a free tool and has the ability to edit serious projects. It’s just going to be on the user to be willing to take the time to learn the quirks of Avid — something I just didn’t have the time to do for this review.

I’m curious as to whom Media Composer First is really for. It’s a great option for current Premiere and FCPX editors to at least learn Media Composer, should they get called onto a major production job. For any non-editor just running a Google search for “How to I edit a video,” this is going to be overkill.

If you find yourself low on cash and at risk of losing your Adobe Creative Cloud subscription, you may be tempted to switch over to Avid Media Composer First, but you also have the option to download DaVinci Resolve 14 — also free. Blackmagic is currently touting the fast speeds Resolve 14 offers on machines like laptops. You also aren’t restricted to limited audio and video tracks, so you could really go crazy with sound design in DaVinci Resolve.

I will leave it with this. I’m glad that Avid is making the move to appeal to younger editors, even though it took two years for this program to come together. Avid is a few steps behind, but it’s still an actively used program worth investing some time in. Having a basic understanding of Media Composer will never hurt you. It’s worth the time to download and at least explore Media Composer First.

What are your thoughts on Media Composer First? Let us know in the comments.