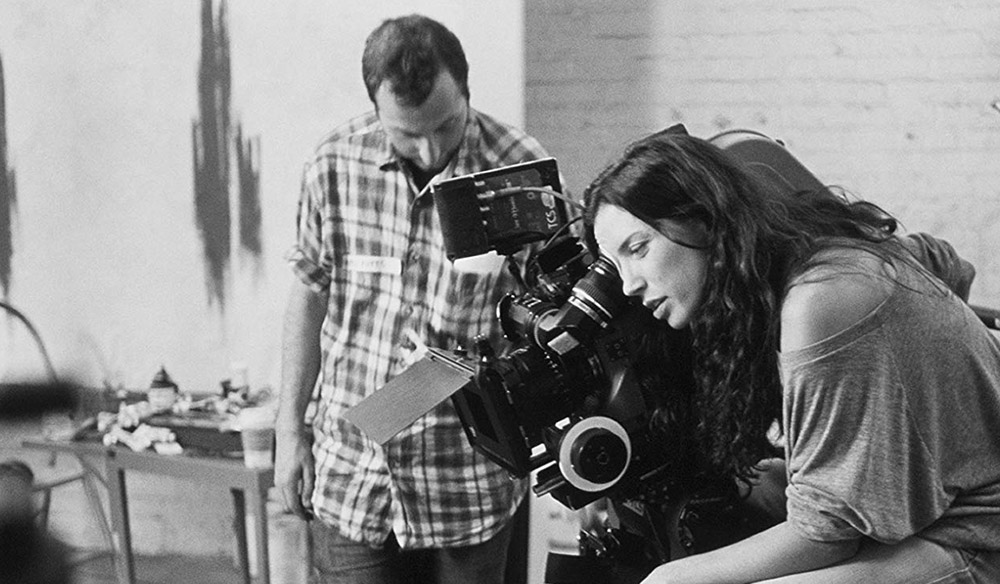 How Reed Morano’s Cinematography Turns the Camera into a Character

In reviewing the career filmography of cinematographer and director Reed Morano, one feels a very intimate relationship with the characters in her films, as well as a deep and personal connection with the emotions, themes, and motifs of her projects. This is the hallmark of great cinematography — and a perfect example of how Morano works behind the lens.

Morano has established herself as one of the premiere cinematographers and directors in the business, and her accomplishments are myriad.

She’s the first woman in history to win both the Emmy and Directors Guild Award, thanks to her work on Hulu’s The Handmaid’s Tale. Before that, Morano got her start as the DP for numerous indie features like Frozen River and Little Birds. She tackled the cinematography of Shut Up and Play the Hits, the documentary about LCD Soundsystem’s final performance. Recent directorial achievements include I Think We’re Alone Now and The Rhythm Section.

Let’s explore the eye-catching, stylized looks Morano creates with her up-close lens choices, her dark color palettes, and her beautifully shaped bokeh. If you’re looking for filmmaking inspiration and tips from one of the modern masters, just keep reading.

Become a Character in the Scene

Some of my favorite quotes — not just from Morano, but on cinematography as a whole — are found in the intro of this interview Morano did with ARRI. Lines like “you’re just acting along with the actors” and “you’re reacting off of them” are fundamental to grasping the sheer authenticity of Morano’s cinematography.

Her understanding of how important the camera’s characteristics are to crafting a compelling scene and overall film helped her (and will help you) turn cinematography choices into strong directorial ones.

As we’ll explore, to truly “become a character in the scene” (as Morano puts it), a good filmmaker needs to have a strong understanding of how to shoot up-close and personal with the right camera and lens combinations. They have to think with a 360-degree mindset focused on creating beautiful shots while remaining fluid and flexible, which is something Morano learned as she adapted to digital cameras like the ARRI ALEXA.

In this look back at her award-winning directorial work on episodes of The Handmaid’s Tale, Morano (along with the show’s cinematographer Colin Watkinson) discusses her approach to “finding the balance between putting the viewer uncomfortably close” to characters, while “opening up the world so people don’t get too claustrophobic.”

You can see this up-close style in many of the flashback vignettes that sprinkle the narrative, where it feels like Morano’s lens is within a few inches of the characters, exploring the intense (and often uncomfortable) emotions they’re experiencing.

Morano and Watkinson also dig into their choice to lean on filming POV-style and focus more on personal singles versus standard recipe shots like over-the-shoulders.

About those shots — in an interview with the MPA, Watkinson discusses shooting with the ALEXA ARRI 4K and using 1970s-era Canon K35 lenses for the POV looks, along with a Zeiss 28mm lens for dramatic close-ups. Interesting stuff.

A Preference for 360-Degree Shooting

In 2011, around the time she was DP on Little Birds, Morano gave an insightful interview with Panavision about her first experiences with 360-degree shooting, a filmmaking style where the camera is truly free to move about in any direction while following the characters and narrative action.

I always tried to design the lighting so it was 360°, so the camera could shoot anywhere. We had so little time to tweak the lighting in-between shots. It had to work from almost every angle, yet still have depth and contrast. For example, in our motel location, we even used the building itself to help us push light deep into the room. We bounced our HMIs off the lip of the roof and that enabled me to shoot 360° without ever seeing a light. Having limited time and resources forces you to get creative.

This would become a theme throughout Morano’s work. It allowed her camera to become a part of the story, and helped her develop a keen eye for lighting design, camera angles, and the nature of depth and contrast.

Going back to her interview with ARRI, Morano is quite open in her admiration for shooting film when possible. Nonetheless, she’s effectively and expertly embraced how digital filmmaking can be pushed to emulate classic film styles and looks.

One of the ways Morano embraced digital shooting is revealed in how she creates and shapes bokeh in her compositions. She prefers an “oval-shaped bokeh” to help develop that “interesting character.” You can see this evolving technique in her directorial debut Meadowland, on which she also served as DP.

Indeed, Morano’s beautiful, stylistic bokeh looks are one of her signature moves, and they’re found in everything from her early concert videography to her latest big-budget blockbusters. When you’re done with this article, I highly recommend trying out your own creative ways to explore and use bokeh.

Finally, fresh off of her award-winning work on The Handmaid’s Tale, Morano released one of her most-realized projects to date — the 2018 post-apocalyptic thriller I Think We’re Alone Now, on which she served as both director and cinematographer.

The film is a masterclass in both visual storytelling and truly harrowing cinematography. Morano uses her beloved dark color palettes to paint a world that’s as grim as it is hopeful. In a quote from an interview with Emily Buder at No Film School, Morano explains how she looks at color:

It always feels a little more scenic if you are restricting the color spectrum. And, I think a lot of things that people are use to using right now are in a very digital color space. I was just trying to limit the color spectrum a little bit.

Morano goes on to detail how she gives her department heads their own hand-selected color palettes before filming in order to explain her color preferences and ensure color control and consistency.

Essentially, that simple, thoughtful step reveals that Morano has a firm grasp on a unique, personal point of view — and that point of view is at the core of her signature looks, rich compositions, and excellent overall cinematic storytelling sensibilities.

For more cinematography insights and filmmaking resources, check out these articles below.