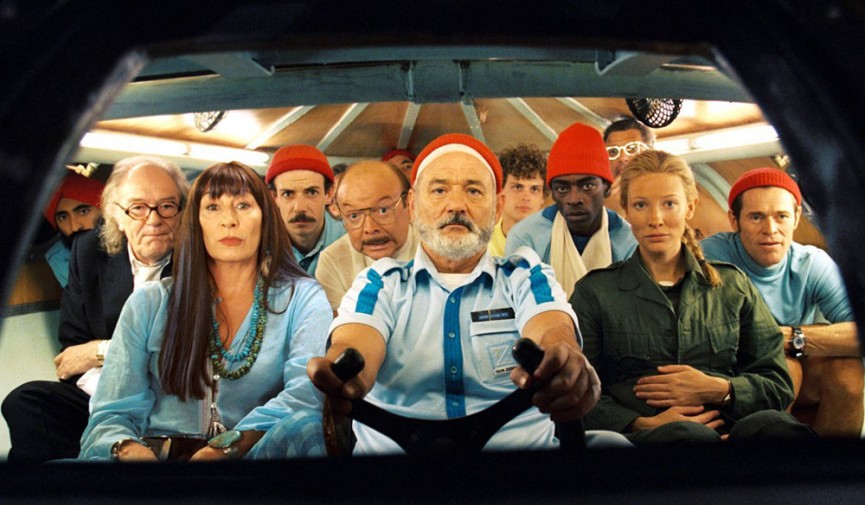 Wes Anderson’s iconic style and idiosyncratic approach to filmmaking is unmistakable. Enjoy this supercut roundup that features some of his most distinctive trademarks.

It’s a lot of fun to explore the recurring trademarks of established directors. Scorsese never misses a chance to use Gimme Shelter by the Rolling Stones, and Kubrick loved his One-Point Perspective. And then there’s Wes Anderson, who is basically quirk incarnate. With it being allergy season in Texas, I recently spent a few days not getting off the couch. It gave me a great opportunity to revisit some of my favorite Wes Anderson films. When you find yourself six hours into a Bottle Rocket/Moonrise Kingdom/Life Aquatic binge, obviously certain themes begin to appear.

Maybe more than anything else, it’s the look of Anderson’s films that immediately give them away as his; it’s unlikely you’ll ever watch Rushmore, or Fantastic Mr. Fox, or The Darjeeling Limited and wonder who made it.

Let’s take a look at some Vimeo videos created by Wes Anderson fans that explore the director’s various calling cards.

This video showcases Anderson’s love of symmetry, a signature shot that sprung up as early as Bottle Rocket only to become more and more prevalent in his most recent films.

Another of Anderson’s tics: his love of shooting from directly above, usually while filming knick-knacks, props, and hands.

You’ll probably be surprised at just how often Anderson uses vehicles in his films. These POV shots do a good job of placing the viewer directly into Anderson’s whimsical world.

Anderson uses slow motion just about as well as any director working. His ability to match emotion and music in these clips is second to none.

And finally, here’s a great article from Slate that goes in-depth with Anderson’s long-time cinematographer, Robert Yeoman. In the interview, Yeoman discusses how he shot some of Anderson’s most iconic scenes. And here are a few more filmmaking resources to check out if you’re feeling inspired:

What are some of the quirks that you recognize in your favorite directors? Do you have any go-to themes in YOUR work? Share your thoughts in the comments below.