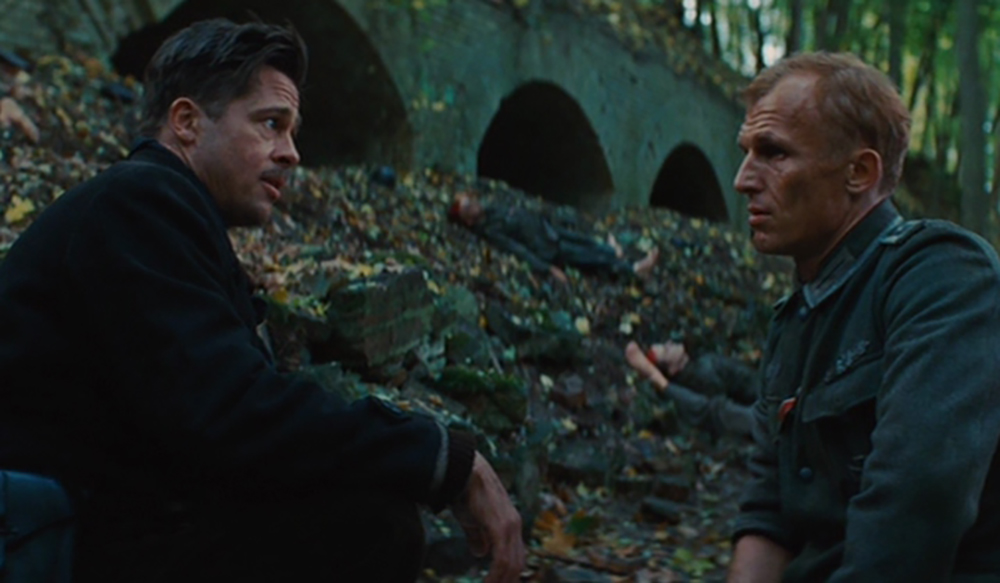 Untethered Territory: How to Shoot Films Like Quentin Tarantino

Take a look at what makes Tarantino’s films so distinctive and the elements he combines to form his directorial style.

If you ask today’s film students which filmmakers they most admire, Quentin Tarantino will likely be near the top of the list. With ten films spread over eighteen years, his unique blend of dialogue-heavy, violent storytelling still manages to surprise, inspire, and delight, no matter the genre. Really, at this point, Tarantino’s very approach to filmmaking is arguably a genre unto itself. Let’s take a look at how does it.

The majority of Tarantino’s influences are other films and filmmakers — though not of the variety most average moviegoers are familiar with. He’s sometimes labeled a “connoisseur of crap” by his detractors, but even naysayers are forced to recognize his encyclopedic knowledge of film history. He’s exceedingly passionate about the movies he watched in cinemas while growing up in the ’70s — especially blaxploitation and martial arts films.

In stark contrast to a lot of his imitators, Tarantino doesn’t simply copy the films he loves, he remixes them. He crafts mashups that pull tropes and traditions from different genres and influences even within a single scene. His Kill Bill films, for instance, combine kung fu and samurai movie DNA with John Ford’s westerns and a dash of anime style to create a truly unique action tour de force.

It’s worth noting that the television pilot Mia Wallace describes to Vincent Vega in Pulp Fiction — about a team of female assassins, each with a different gimmick — is the plot of Kill Bill. This is a perfect example of a story inside a story that connects to another story — and a perfect transition into a look at Tarantino’s love for going meta.

With his postmodern narratives, Tarantino gets away with a lot story-wise. He plays with non-linear storylines that jump back and forth in time and, as mentioned, frequently places stories inside stories — even if those stories are from different films.

Here’s a shining example of Tarantino’s postmodern movie magic, from his first feature Reservoir Dogs (a film that borrows its plot and many shots from Ringo Lam’s City on Fire).

Tarantino takes us inside undercover cop Freddy’s (Tim Roth) imaginary story about the time he — as his fake criminal alias Mr. Orange — stumbled upon four L.A. County sheriffs (and an agitated German Shepherd) hanging out in a public restroom.

Again, Freddy’s story is completely made up in service of his false identity — but the tension Tarantino layers on is real. 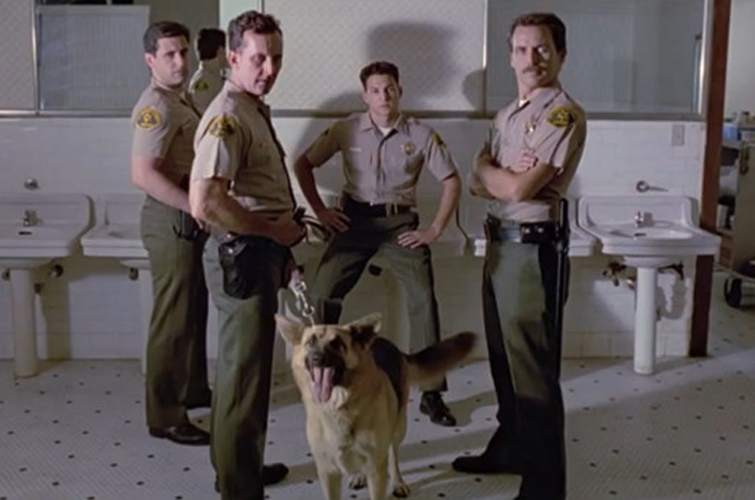 Tarantino is a postmodern master of layering multiple narratives. Image via Miramax.

Freddy, as Mr. Orange, tells the story to members of the criminal crew he’s infiltrated. We cut to the men’s room encounter and experience it alongside Mr. Orange even as Freddy acts as our guide. Then, Tarantino’s lens takes over, supporting Freddy’s lie by revealing the details of Mr. Orange’s moment.

As the criminals listen in the real world, Freddy ups the tension by having one the sheriffs in his made-up story tell the other officers an increasingly intense story of his own. Mr Orange handles the risky restroom situation with cool aplomb.

By the time the scene ends, we’ve navigated at least four levels of layered narrative. Not once does it feel like an exercise, and it all unfolds in under three minutes. It’s a beautifully constructed scene. 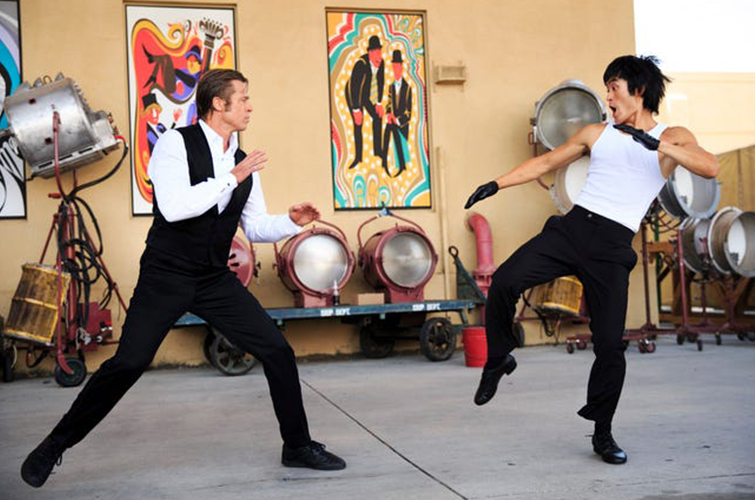 In his recent films, Tarantino has engaged in revisionist histories, where the heroes do something that the audience knows isn’t true — like kill Hitler or avert the Manson massacre. He loves to draw attention to the fact that we’re here for the fun of it, and that a film well-told is its own reality.

Dialogue for the Sake of It

Tarantino’s signature dialogue is utilized as a form of character development. Image via The Weinstein Company.

For most filmmakers, dialogue is something used to convey information to the audience and for the characters to achieve their goals. Tarantino uses dialogue as an end in itself. Characters talk for the sake of talking, going on long diatribes about the state of the world and their place in it.

Long, witty speeches are a signature of Tarantino films; he’s as likely to use dialogue for character development as he is to use it for telling jokes — and, you guessed it — other stories.

Tarantino loves violence and uses it a lot in his films. It’s rarely a realistic depiction of killing and torture; far more often his approach to violence is over the top, complete with exploding heads and severed limbs.

The director often uses violence in such a way that it’s unnatural to the point of being comical, like in the The Hateful Eight gunfights where every bullet has the effect of a hand grenade, splattering the room in blood like the super-violent samurai films of Kenji Misumi.

If there’s a constant thread throughout Tarantino’s films, it’s the thrill of visceral, untethered stories that pull from a million different places while remaining original and maintaining a singular point of view. Achieving that definitive point of view is the mark of a master, and it’s an accomplishment that allows Tarantino the kind of creative freedom and confidence that very few filmmakers enjoy.

Take a closer look at the techniques and trademarks of some of the best filmmakers in the business:

Cover image via The Weinstein Company.