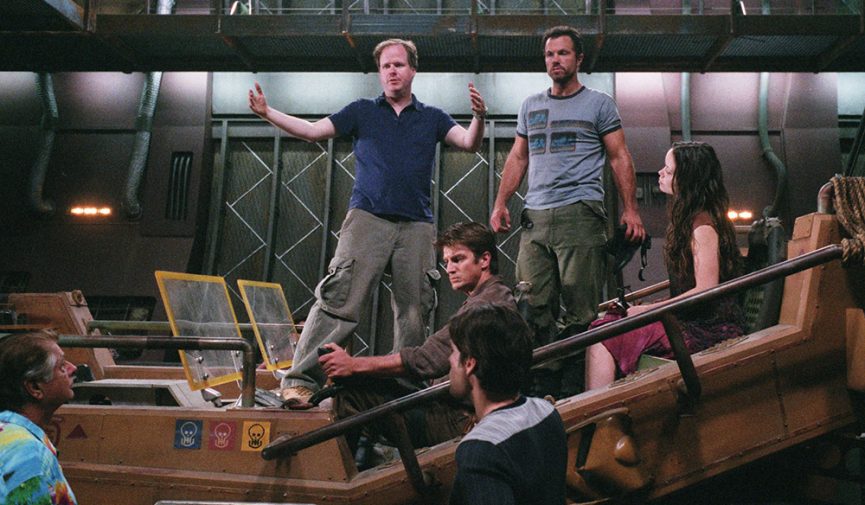 Video Editing: Snap Zooms Should Never Be a Snap Decision

The Snap Zoom may feel like a cliché these days, but this once-ingenious filmmaking technique deserves to be used in new, inventive ways.

One of the more popular trends of the current mega-blockbuster era is a clever (if a bit over-used) technique that, when executed properly, can yield stunning results. The snap zoom is an effective way to quickly immerse an audience into a created world and add hints of realism and spontaneity to a film.

The technique is easily recognizable and simple — it begins with a wide shot of a large object or character, and then the camera rapidly (with a “handheld” shakiness) zooms in on the subject. The move is supposed to give the film an almost documentary-like vibe. More often than not, the zoom is digitally executed during post-production.

One of the earliest adopters of the snap zoom was Joss Whedon, who used the technique fairly frequently in Firefly. By using the snap zoom in an observed, character-POV fashion, he grounded a fantastic sci-fi universe in a very live-in human reality.

Battlestar Galactica was another pioneer of the snap zoom (and the complementary zoom out), using the technique to cultivate an almost “newsreel” feel during massive space battles (see video above). Though Battlestar Galactica aired shortly after Firefly, these two shows laid the groundwork for what the snap zoom would eventually become. The technique was new, it was well thought out, and it worked.

Three of the biggest directors working today — Joss Whedon, Zack Snyder, and J.J. Abrams — include the snap zoom in almost all of their work. 2013’s Man of Steel (seen above via Warner Bros.) made excellent use of the zoom, as did  Star Wars: The Force Awakens, in which Abrams took his fancy for snap zooms from the Star Trek universe to a galaxy far far away.

Unfortunately, relying heavily on the technique is a trap that many of the above-mentioned pioneers have fallen into. With an uninspired vision for why the camera is zooming in, many of these shots lose significance due to lack of motivation. The Force Awakens has a couple of snap zooms that never really live up to the originality (and fun) of past uses. There’s no real purpose for them existing, aside from adding flare and mixing up the established style.

Aside from the point-of-view take on the effect, the actual movement of the image itself should be taken into consideration. Even when used well, the snap zoom is a jarring, sudden move that forces the audience to focus on a specific subject. So, unless the scene is sporadic and violent (like the scene below, via Attack of the Clones), the failure to simply let the image breathe is a misunderstanding of what the zoom can imply.

Opinions are mixed on the effect as a whole. While some celebrate the technique as an effort to bring the audience into the story through a cinema-vérité approach, others feel it’s a cheap ploy that thematically and narratively doesn’t make sense. If you do decide to use the snap zoom, be sure to consider your audience and the circumstances presented by the film up to the point the technique is employed.

What are some of your favorite snap zooms? Share in the comments below