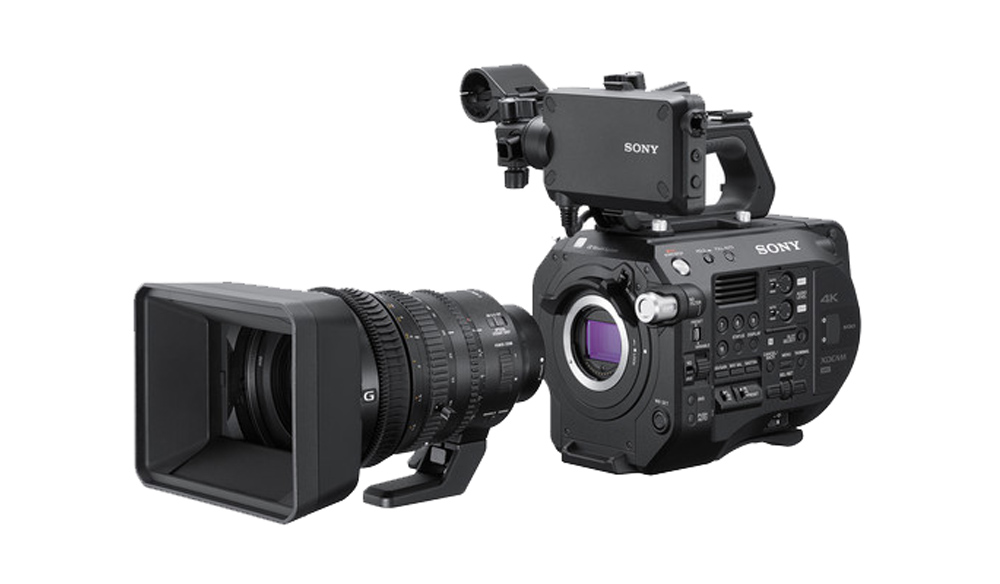 The Sony FS7 evolves with the addition of some hardware upgrades. This is the the new FS7 II.

All images via Sony

Sony Professional Solutions has just announced the new Sony FS7 II. The camera builds on the FS7 body while adding an Electronic Variable ND filter, lever lock-type E-mount, and support for Sony’s A-mount. The new design is also streamlined for a faster and easier set up.

The FS7 II features a new E-mount that will let users change lenses without rotating the lens. By rotating the lens mount’s locking collar, you can quickly change between larger and heavier cinema lenses or remove lenses with support rigs — without having to take the rig off first.

While on the topic of lenses, the Sony FS7 II kit will include a new E-mount Super 35mm lens. The SELP18110G weighs 2.4 lbs and sports an 18 to 110 focal range that uses a fully mechanical zoom that allows users to capture snap zooms devoid of lag. The lens is also compatible with Sony A-mount cameras, including the a7 series.

Inside the new Sony FS7 II, users can now capture in Rec. 2020, the designated color space for UHDTV in both 4K and 8K — great news for those shooting for television.

Cinema5d‘s Sebastian Wöber got his hands on the new FS7 II, and his review is well worth the read. You can read Sony’s announcement here.

Are you excited to get your hands on the FS7 II? Share your thoughts in the comments below.