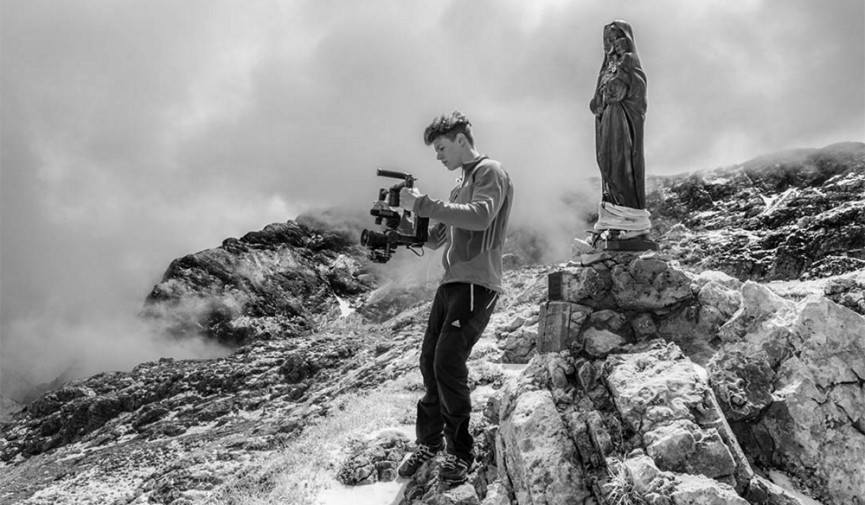 All images via Yuri Palma/Fabio Palma

Yuri Palma is a 16-year-old photographer and videographer from Italy. Based on his expertise in timelapse photography and editing, you’d hardly know that. Yuri shoots on a variety of cameras like the Panasonic GH4 and Nikon D7100, and he edits in Photoshop, After Effects, and Premiere Pro. He often collaborates with other photographers — including his father, Fabio Palma.

Take a look at one of his most recent projects, 4K Motion Vol. 3 (featuring the PremiumBeat royalty free track “True Genesis” by Tenacious Orchestra).

We wanted to know more about Yuri’s work and his workflow, so we asked him.

PB: Can you tell us a little bit about yourself? How long have you been a photographer and videographer?

YP: I’ve been interested in photography since I was a child, and that was because I used to watch an incredible amount of documentaries, especially about wild places, and I just loved the sceneries and the way they were captured in those documentaries. I thought about becoming a photographer at the age of eleven.

While reading National Geographic magazine, I saw an advertisement for the Nikon j1, a little mirrorless which I still use for some of my timelapses today. I decided to buy it, without knowing too much about photography itself. In fact, I was shooting completely in auto and I didn’t understand half of the settings. 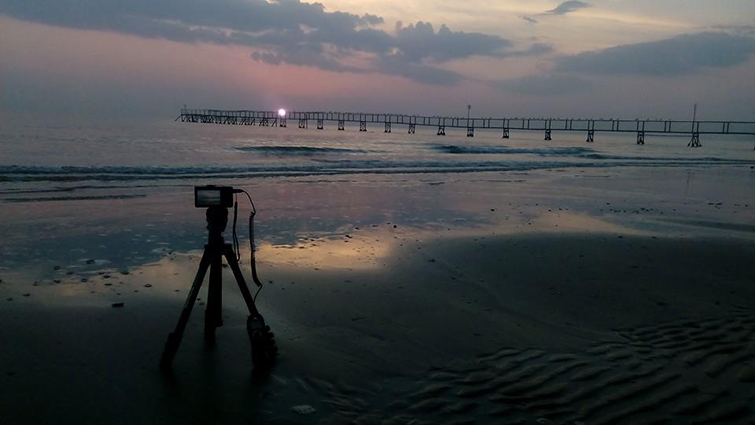 A few months later, I received some video clips (at the time I didn’t even know about videomaking at all) which were taken during an alpine expedition. I installed a very old copy of Pinnacle Studio on my first computer. I decided to try to edit those video clips just for fun. It was from there that photography and videomaking came together, and I was hooked. I spent hours in front of my computer watching every type of tutorial I could find on YouTube, and I still do today. I’ve been a videographer and photographer for about five years now.

PB: What drew you to shooting timelapse videos?

YP: That was a pretty simple choice. Like I said, I became interested in videomaking. The camera I had first was really, really bad at taking video, but it was surprisingly good at taking photographs. It took high-quality RAW files, which were fantastic for me once I understood how to work with them. So when I first heard of timelapse videos, it was obvious for me that they were what I was searching for. 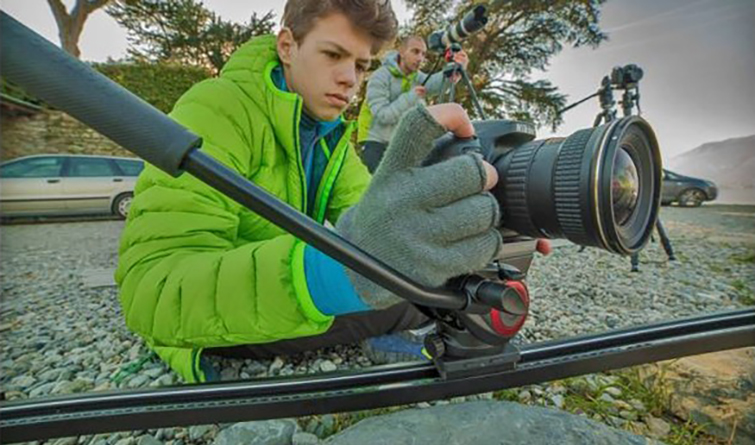 PB: Can you give some insight into your work? What type of projects do you frequently find yourself working on?

YP: In the past few years I found myself doing every kind of short video I could. That was from commercials to documentaries and even music videos. But the type of work that I like the most is timelapse. With that being said, I’m introducing video at normal speed or slow motion into my work, like I’ve started to do in my series, Motion.

PB: Can you go into more detail about the gear you use?

YP: If you are into nature timelapse photography, you know that the most important thing is weight. You can’t hike to a spot hours from the closest road while carrying a two-meter slider and a heavy-duty tripod. You have got to be efficient with what you decide to carry.

My go-to setup for timelapse videos is very simple. I have a Manfrotto backpack in which I have my three cameras of choice: the Nikon d7100, the Panasonic GH4 (that I can also use for 4K video), and the Sony RX100 Mark II. 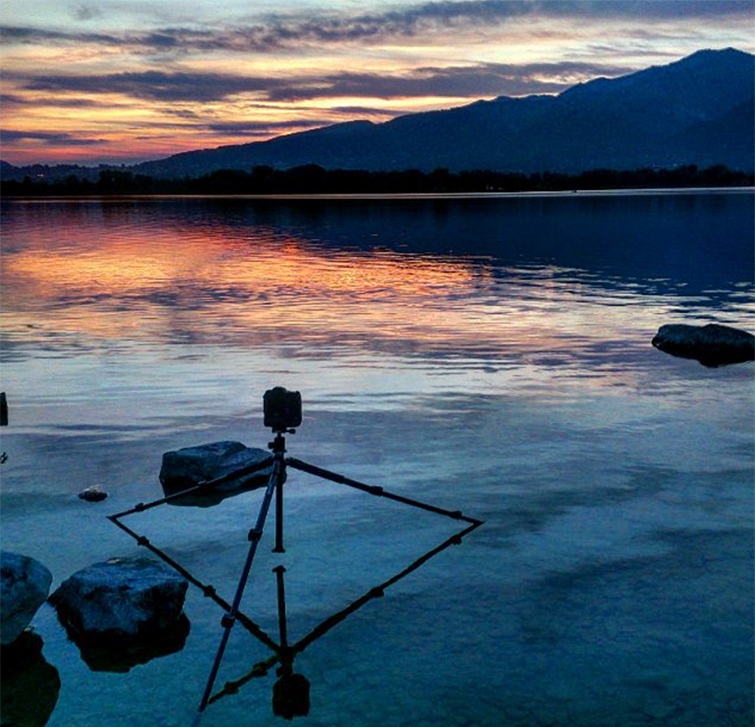 PB: How many batteries and memory cards do you find yourself going through for a shoot like this?

YP: I always carry a minimum of three to four spare batteries, but the most important thing are memory cards. Shooting all of my timelapses at the highest quality RAW possible and the videos at 4k, I need an incredible amount of space. Even more important, I need really fast cards to handle that kind of data, so I carry a small bag with eight to ten 64GB memory cards. I use Gobe Magic, SanDisk Extreme, and Lexar Professional.

PB: What types of things do you carry that are not gear-related that can be helpful to other shooters?

YP: I found that a lot of the times when I go on location, the most important things are the ones not directly related to photography. I always carry with me a headlamp, duct tape, and the most important of all — some coins to lock tripods and slider plates. Other than that, if you have to do a long night timelapse, carry a good book to read while the camera is operating and you won’t regret it. 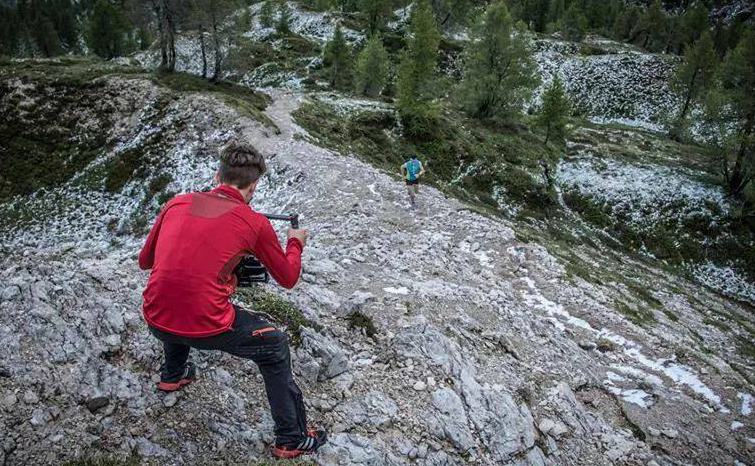 PB: What resources have you used over the years to become a better photographer and videographer? Do you frequent any websites, forums, or have colleagues that have helped you over the years?

YP: As I said before, the most important resource I used to become a better videographer and photographer was YouTube. The amount of tutorials that are on YouTube is incredible, and they are the easiest to access.

I also read some photography blogs now and then, but I think that reading about some technique is very different than watching someone do it, and that is the reason why I prefer YouTube. Also, during the past few years I have met some really talented photographers. The experience of working with them just can’t be replicated.

PB: Where can our readers see more of your work?