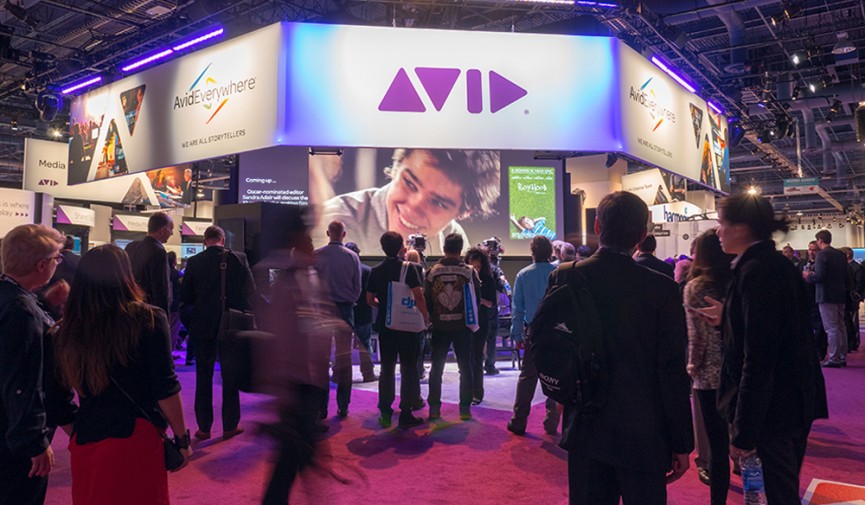 The Can’t-Miss Products and Presentations of NAB 2016

Here are just a few of the exciting products and presentations you can expect to encounter at NAB 2016, the biggest show in the video industry.

The National Association of Broadcasters presents the 2016 NAB Show, April 16-21 in Las Vegas. Here are just a few highlights of things you can see at the show.

We will be showing not only our existing product line, with a few surprises, but we will also be showing working 8K cameras and 8K displays that look into the future of production.

I think you will be seeing some low-cost, high-quality offerings that open up many possibilities for both big and small-budget productions. – NAB HUB

With the recent price drop of the Canon C500, rumors suggest that the new C500 Mark II may be the 8K camera Tim Smith is referring to.

Blackmagic Design President Dan May shares his thoughts on the increase in demand of 4K and UHD products:

With online channels, such as YouTube, Vimeo and Netflix, already delivering 4K content and only growing from there, we are seeing an increase in demand for 4K and UltraHD products and technologies. By investing in scalable, affordable products, as well as the right infrastructure with technologies such as 6G-SDI, 12G-SDI, Thunderbolt 2 and optical fiber, customers can prepare themselves for the future of broadcasting.

These interfaces are high bandwidth and essential elements for creating the proper infrastructure to stream content at higher resolutions, regardless of the viewer’s display. We also know that quality matters regardless of screen resolution, and noise or impurities create unnecessary processing by the codecs creating the streaming signals. – NAB HUB

The much anticipated Ursa Mini 4.6K just started shipping last week after months of delays, so it’s not yet known what Blackmagic will showcase in their booth — though there have been rumors of a new Pocket Cinema Camera and perhaps a BMD color grading monitor for DaVinci Resolve.

Sony Electronics Product Manager Deon LeCointe was very forward when he announced plenty of camera updates from the manufacturing giant. Sony is currently dominating the mirrorless and broadcast camera markets.

At NAB Show 2016, Sony will announce new models and updates to its full line of professional A/V technologies for HD and 4K production at all levels, ranging from camcorders, cameras, switchers and displays for sports, live production, events and more. We will showcase current applications, technology strengths, and highlight topics ranging from imaging and 4K/IP transmission to Storage/Optical Disc Archive and Display/HDR.

At the show, Sony will also debut their newest Ultra HFR camera, building on the success of the HDC-4300 and other popular studio camera systems. This new camera will offer up to 8x high frame rate in 4K and integrate well with the existing lineup. – NAB HUB

Shutterstock: Andrea Allen from Vimeo, Chad Koch of Conde Naste, and Derick Rhodes of Shutterstock Footage talk about The Future of Storytelling on April 18th at 3:45 pm.

Disney: Ben Sherwood oversees ABC Studios, the ABC-owned Television Stations Group, and the ABC Television Network. He also runs Disney Channels Worldwide, Radio Disney, and is involved with  A+E Networks, Fusion, and Hulu. You can hear him speak on April 18th at 9:00 am.

Star Wars: Awaken To The Power Behind The Force – The Making of Star Wars Episode VII will offer behind-the-scenes footage and a glimpse at how sound and VFX worked together to produce the film. See the presentation on April 18th at 3:00.

Virtual reality will be a major part of NAB 2016. There will be several presentations like Fraunhofer Cingo bringing surround sound to Hulu’s VR and NHK exploring the use of UHD 8K for VR.

Be sure to check out the much anticipated Kaleidoscope Virtual Reality Showcase.

Head to the Aerial Robotics and Drone Pavilion to check out the latest drones, grab a test flight, and learn about getting your FAA Section 333 for commercial video use. Keep an eye out for the latest from DJI, like the Phantom 4. Hopefully we may also see some evidence that the GoPro Karma drone actually exists.

An exciting new battery from Anton/Bauer offers 12 amps of continuous power and includes a PowerTap to power auxiliary accessories such as monitors, lights, wireless receivers, and any other 14V accessory.

Using the Anton/Bauer CINE 150 battery, we got about two and a half hours of run time for the new RED WEAPON and it was perfect. – NAB HUB

Come see PremiumBeat and our friends at RocketStock at the 15th annual SuperMeet on April 19th at the Rio Hotel. Use code ‘premiumbeat’ to save $5 off the ticket price.