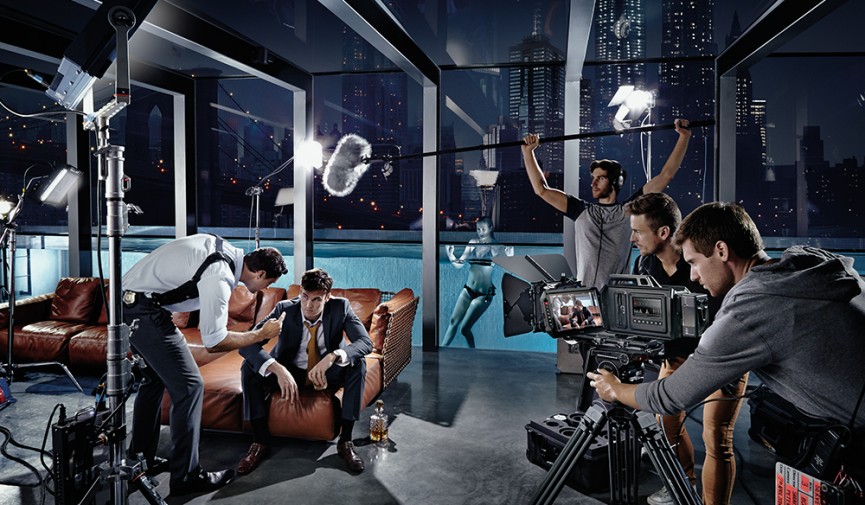 The Four Advantages of Digital Over Film

When digital cinematography first hit the scene, most pro DPs wouldn’t go near it — and for good reason. It wasn’t until recently that digital cinema cameras not only offered a viable alternative to film cameras, but in some cases an even stronger option. Let’s look at some of the advantages of digital over film.

Top image from Blackmagic Design. Images below from Shutterstock.

There’s no question that film is still the gold standard to which all digital formats are held to. It still delivers a type of character that is beautifully flawed and organic in a way that digital never will be. But even still, there are some instances where digital is simply the better choice. Here are just a handful of examples of when that’s the case.

Filmmakers that came up during the digital revolution very much take for granted the low-light capabilities of digital cameras. Standard film stocks often are rated anywhere from ISO 100 to ISO 800, with 1600 and 3200 being options as well (although less common). That said, just about any professional digital cinema camera (or DSLR for that matter) can shoot at much higher settings with far cleaner results.

There is simply no film equivalent to cameras like the a7S II or the C300. There is no film stock that will allow you to shoot without any lights and still get noise-free results. Naturally, shooters that need to work with limited lighting are going to be drawn to digital formats.

Even if you’ve never shot on film, chances are you’re well aware of the costs associated with going down that path. While film cameras are cheaper than ever to buy (or rent), film stocks and processing are still quite expensive and very prohibitive for low-budget filmmakers.

And even in cases where an indie production is able to scrape together enough budget to shoot on film, there can be other ramifications while on set. More specifically, productions will be need to shoot at a lower ratio (perhaps only getting two or three takes per shot) in order to conserve their film stock.

Many of us have taken for granted the fact that there is virtually no turnaround time when processing your digital dailies. In some cases, productions now will even opt to have an editor working on set who will create assembly cuts of scenes as the rest of the crew is still shooting.

It goes without saying that this certainly isn’t the case with film. When shooting on film, it will take several days (or weeks) to get your processing/scanning done, and only then will you be able to move ahead on the edit. Not to mention, if there are any issues with the footage, you will need to schedule a pickup day. Unlike digital, you wouldn’t have been able to know on set.

Many directors today have come around to the digital format simply because it allows for long (or virtually unlimited) record times. Again, this is something that digital shooters without film experience very much take for granted. Veteran filmmakers, however, can’t deny the fact that having the ability to record indefinitely opens up a lot of creative possibilities.

A standard 1000 foot roll of 35mm motion picture film will only give you about 11 minutes, which isn’t a whole lot. This isn’t always going to be an issue, considering that the vast amount of takes on any given productions will run less than 11 minutes. But for directors will a specific type of approach on set, this can be a negative.

Despite all of these points, I still believe film is the most beautiful-looking format out there and an ideal choice for so many higher-end productions. It will exist for many years to come, if only to service some of the top filmmakers on the planet who refuse to shoot digitally.

But even still, there is no denying that digital can trump film in certain regards — especially from a practicality standpoint, and the quality level of digital cinema is now stronger than ever. While shooting digitally was once considered taboo by professional filmmakers, it’s now officially the status quo and will inevitably only improve more with time.

What do you think? Is digital better than traditional film? Share in the comments below.