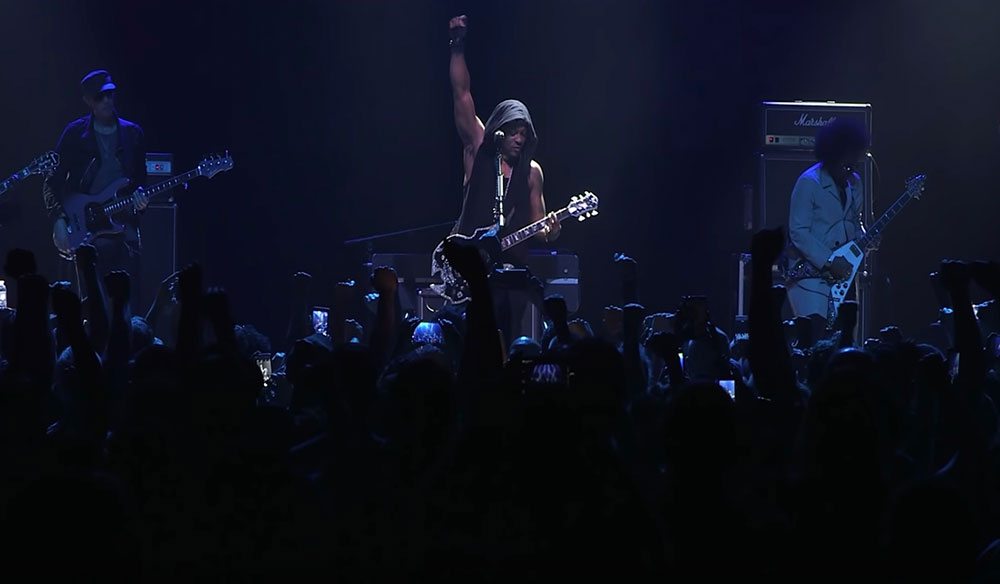 Dutch filmmaker Carine Bijlsma had the idea for a project in 2010 after becoming reacquainted with D’Angelo’s transcendent falsetto and juicy, elemental neo-soul stylings. It had been ten years since he’d released a record. Voodoo, D’Angelo’s second album out in 2000, debuted at number one on the Billboard charts and sustained a long life in the singer’s mysterious absence.

“He is a brilliant musician with a beautiful energy, and I was curious to explore the world that I hear in his music,” Bijlsma says. “I was curious to know who he was both as a man and an artist. I struggled with why he did not perform for so many years. How could such a beautiful instrument want to hide himself?” 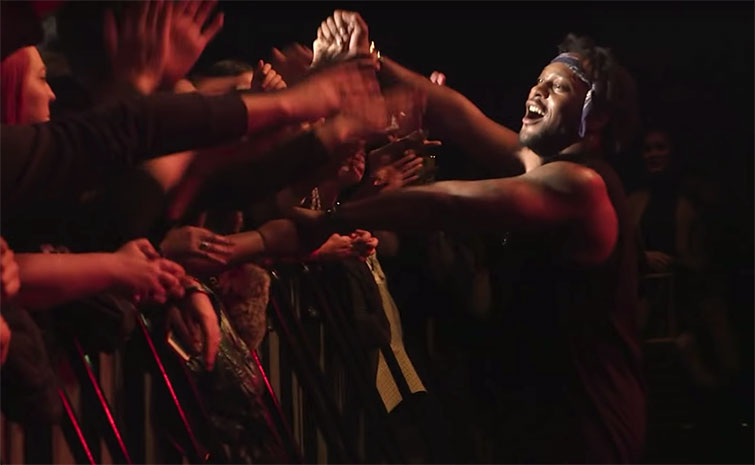 The director saw an opportunity in 2012 when D’Angelo resurfaced to play some dates in Europe. Bijlsma reached out by email to one of his bandmates introducing herself and expressing interest in making a documentary about D’Angelo. The bandmate, who the director declines to name, responded about a month later. It took about five more months for D’Angelo to give the director a call. “Let’s do the film,” he said.

“We agreed to hold off on filming until the Black Messiah album was released [in 2014] and to create the film, at least in part, around the Black Messiah world tour. During the two years until the album’s release, D’Angelo and I stayed in touch mostly by phone. His commitment to the project never wavered. D’Angelo and I seemed to connect from the start,” Bijlsma says.

Devil’s Pie introduces audiences to a still-fragile D’Angelo. He’s been shaken by the deaths of three close kin and a car accident that might have killed him. Managers and comrades like Questlove explain how his particular genius and sensitivity kept him away from the stage during difficult years. With Black Messiah, D’Angelo reclaimed his distinctive, holistic place in the popular R&B soundscape, and it came time to play out again. Bijlsma filmed rehearsals for 2015’s Second Coming tour and traveled with the band through Europe, the U.S., Japan, Australia, and New Zealand on 54 dates. She was able to capture a touching response from fans who’ve matured since D’Angelo’s early days, when women in the crowd would tug at his clothing so often that his hairstylist advised him to cut slits in his t-shirts, so he wouldn’t get choked.

D’Angelo’s support system is earnest and serious. His friends still worry about the singer’s mental health and struggles with substance abuse, but rituals keep them strong from day to day.

“There was a strong feeling of family among the band members and crew,” Bijlsma says. “Everyone cared very deeply for D’Angelo and felt very privileged to be on stage with him. To prepare for each show, the group sang gospel songs and prayed. The energy of each performance was palpable, and I tried to reflect this in the film. I tried to accurately represent the brotherhood and intensity of this group of very talented musicians. I felt privileged to be onstage surrounded by such energy and be part of this group as we moved from country to country.”

Bijlsma, who’s worked on documentaries about classical musicians around the world, sought out a popular musician who’d been in hibernation for more than a decade when she approached D’Angelo. She advises filmmakers who choose opaque subjects to stay consistent in their visions yet remain openminded.

“Be truthful and sincere,” she says. Have a strong premise, but don’t approach your subject with any preconceived notions. Allow the film to tell the story.”

D’Angelo is currently working on another album, we learn via titles at the end of the documentary. There is no projected release date just yet.