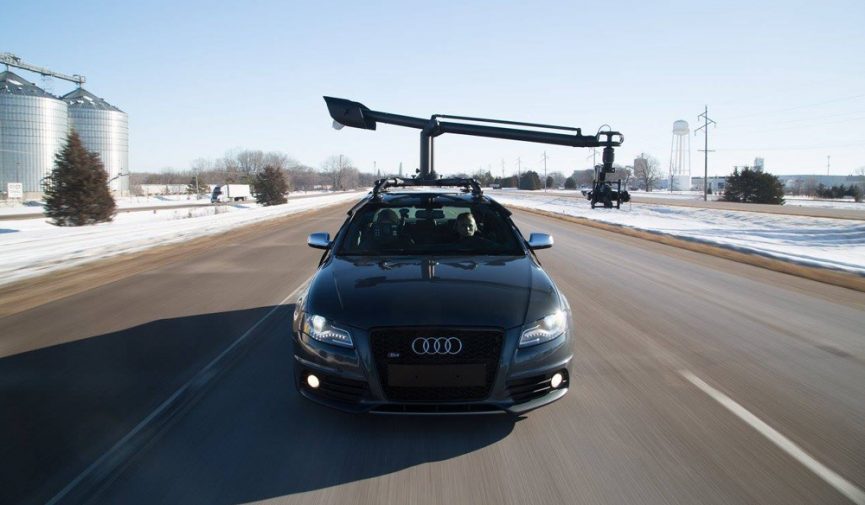 Turn Your Vehicle Into a Camera Car With MotoCrane

We talked to the team behind MotoCrane, a powerful camera crane system that can turn almost any hunk o’ junk into a state-of-the-art camera car. Here’s what they had to say.

The MotoCrane is the coolest new camera rig so far this year. Unlike traditional camera cars and process trailers, this camera crane system is portable and can mount to nearly any type of vehicle — giving it countless configurations.

The MotoCrane comes in three main parts; the ATLIS base, ARMA Boom, and ACRO Head. When assembled, operators will have incredible control over their camera — all powered by the vehicle’s 12V cigarette lighter.

The ATLIS base requires a minimum 2.5 feet x 2.5 feet platform, with a maximum of 4 feet by 4 feet. This allows the rig to work with a variety of vehicles — though not every single one. The base comes with four six-inch suction cups and four security straps rated for over 300 lb each. This will keep the MotoCrane attached to a vehicle at speeds up to 80 miles per hour.

The MotoCrane weighs 95 lb on its own and has a max payload of 25 lb. The ACRO head is currently compatible with all of these cameras:

The whole MotoCrane system is controlled by an iPad. With the Command Central iOS app, you’ll have FIZ control over the rig with zero-latency wireless HD monitoring. The MotoCrane also has software-enabled limits to protect the camera and vehicle — where users will save critical positions that define a safe range of motion. 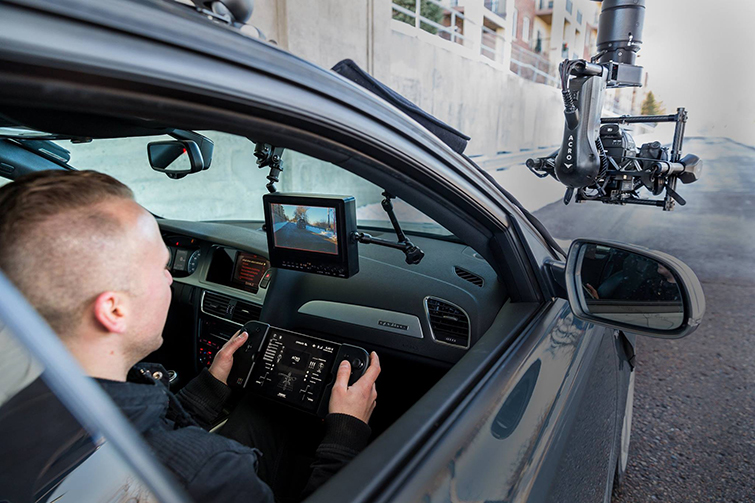 As the MotoCrane was just announced, we wanted to know more — so we talked to MotoCrane’s founder and CEO Zachary Nelson about the eye-catching rig.

PremiumBeat: Are there attachments to power accessories that will allows users to operate the MotoCrane as a traditional crane — not on a vehicle?

Zachary Nelson: MotoCrane was designed and optimized to turn any car into a camera car. While there are not currently accessories  for turning MotoCrane into a traditional studio crane or motion control system, our modular design leaves the door open for future development.

PB: Any ETA on the launch or pre-orders? Any idea on cost?

ZN: Pre-orders will be opening early February. Pricing and shipment details will be released at that time. (Update: The MotoCrane is available for $39,500.)

PB: What exactly does the car’s 12V power supply power?

ZN: As an alternative to heavy batteries that are difficult to handle and ship, MotoCrane is powered by an ultracapacitor bank contained within the system. The vehicle’s 12V power supply is used to trickle charge the “ultracap.” During setup you simply plug MotoCrane into the 12V power supply of the vehicle, and let it charge for about four minutes. Once the MotoCrane iOS app notifies you that the system is ready, you can operate it as long as the car is running. The ultracaps power everything in the system including the 200W D-Tap connector located on the head. MotoCrane can operate all day without ever swapping a single battery. We love it.

PB: How long has the MotoCrane been in development? 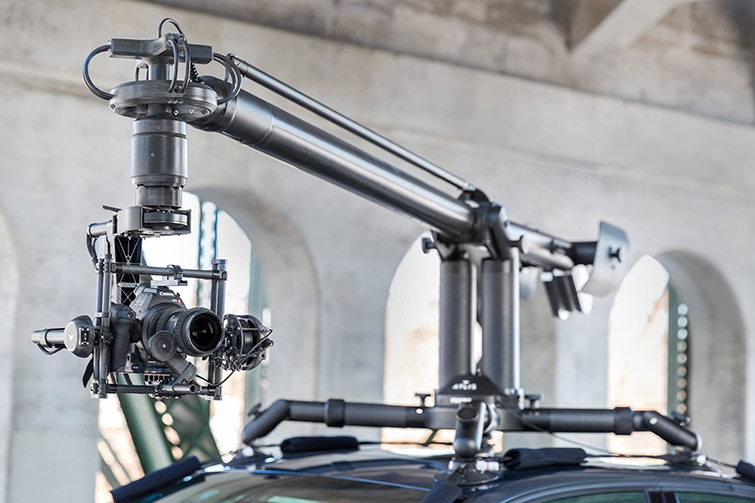 PB: How long has it been tested?

ZN: We’ve been rigorously testing our prototypes for 12 months.

PB: Where are the parts being manufactured?

ZN: MotoCrane is manufactured around the world with components coming from Germany, Hong Kong, Denmark, United States, and more. All assembly, testing, and quality control is maintained in-house at our space in Minneapolis, MN.

PB: Do you have any additional footage captured from the MotoCrane?

ZN: Demo footage, system walkthroughs, behind-the-scenes and more will be released in the next couple of weeks.

Are you excited about the MotoCrane? How would you use it? Share your thoughts in the comments below?