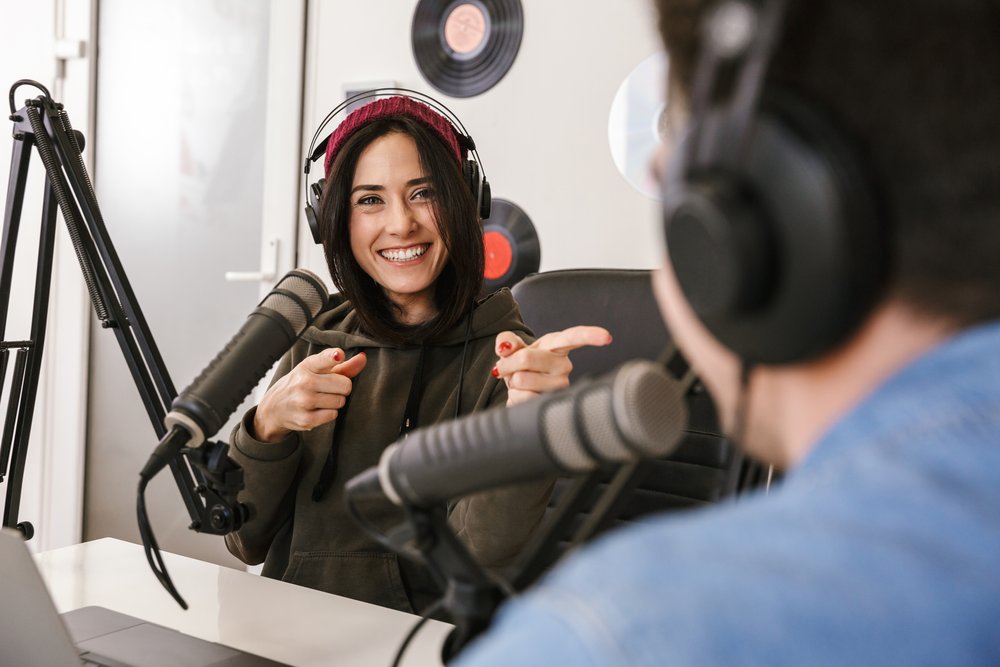 A Guide to Turning Your Podcasts into Video Podcasts

From podcaster to videomaker — how can you use video in podcasts, what are some different video styles, and how can you stay ahead of the growing trend?

The world of podcasting is nothing new to most content creators and industry professionals. Yet, heading into 2020, the numbers continue to trend upwards in about every distinction. According to research, in 2019, nearly twenty-two percent of Americans admit to listening to podcasts weekly, a number up from seventeen percent just the year before. That’s almost sixty-two million people in the U.S. streaming every week!

For those in the film and video profession, these are numbers we simply can’t ignore. Traditionally, podcasts don’t feature video. Instead, they’re usually thought of as something you listen to. However, it might surprise you to learn that forty-nine percent (so just about half) of all podcast-listening happens at home, compared to only twenty-two percent in the car.

As more and more podcasts spring up and find success, more and more of these podcasters are looking to video as both a way to stand out and as a way to increase revenue and followers, and expand their digital brands. 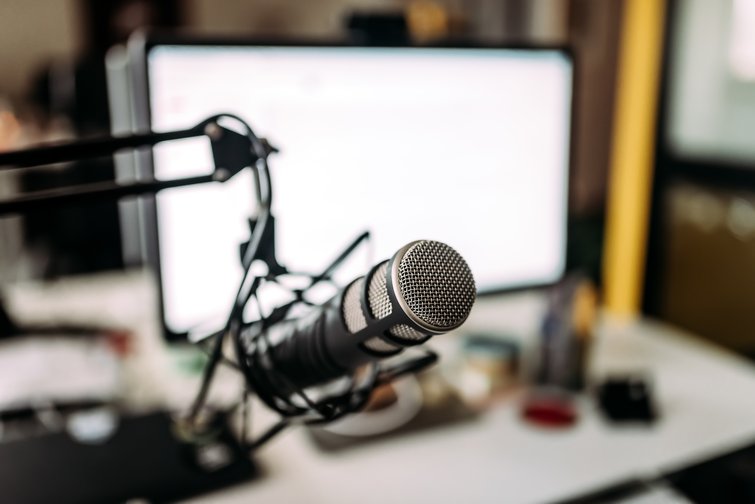 Let’s start by taking a look at the different approaches you can take for video podcasts. These’ll vary for every podcast based on your audience and how you’d like to present yourself and your information. The goal with video is to provide relevant, helpful video information that simple audio lacks.

This is probably the best option for the most traditional podcasters. If you already have a production workflow (or a backlog of recorded material), adding a straightforward PowerPoint video element is about as simple an approach as you can take. And, it’s not difficult.

Think of approaching it as if you were giving a PowerPoint or pitch deck presentation, and you needed slides to go along with your script or speech. Whether you’re using simple images or text on screen, creating a podcast with visual elements to help illustrate your talking points can actually be quite powerful. Especially if you use some basic editing tips and tricks to add some animation and simple motion graphics.

Another style, which many podcasters are quick to adapt for adding video, is the straightforward livestream approach. It can be as simple as setting up an affordable action camera — like a GoPro — in your recording space and capturing the entire podcast as a livestream. And, of course, you can livestream it!

From Facebook to Vimeo to Twitch, livestreaming can be a great way to connect with your fans. And, in many instances, it gives you that video element you can upload after the fact for people to watch and listen to later.

And, if you want to go on the higher-production quality end, making those YouTube and vlog-style videos might be your best bet. I only say YouTube because there are so many famous YouTubers who are often basically doing a podcast setup — but focused on the video elements and on-camera performance.

This style employs much more production time and editing, since you’ll often be setting multiple shots and splicing things together more tightly. But, it can also be much more lucrative, and the true next step in the video podcast game.

What You Need to Record Video Podcasts

If you’ve already been working with podcasting, you should know a bit about audio recording and what types of microphones you need. For video (depending on your style), you can get away with anything from recording directly to a smartphone, laptop, or action camera, upwards to shooting on any level of digital camera.

For those not too familiar with video, though, lighting is a chief concern. It’s important also to recognize that podcasts are generally long-form, stretching anywhere from a couple of minutes to a couple of hours.

As outlined in this article, recording for long periods can be tricky for some cameras and setups. So, do your research before investing in a good camera for recording your podcasts.

The same is true with editing. As I mentioned above, even when working with the simplest PowerPoint styles, you’re still often going to be creating long videos. Long videos mean long uploading, rendering, and exporting times — as well as large files.

You’ll quickly learn that in the world of video production, the editing process can last upwards of ten times longer than the actual filming. I’d suggest you start with shorter video podcasts at first, with basic edits. You can make things more sophisticated as you go on, but be prepared for a lot of lost time while waiting for exports. (And here’s a good article on staying productive during downtime.)

For more tips and tricks on audio and video recording, check out these articles.