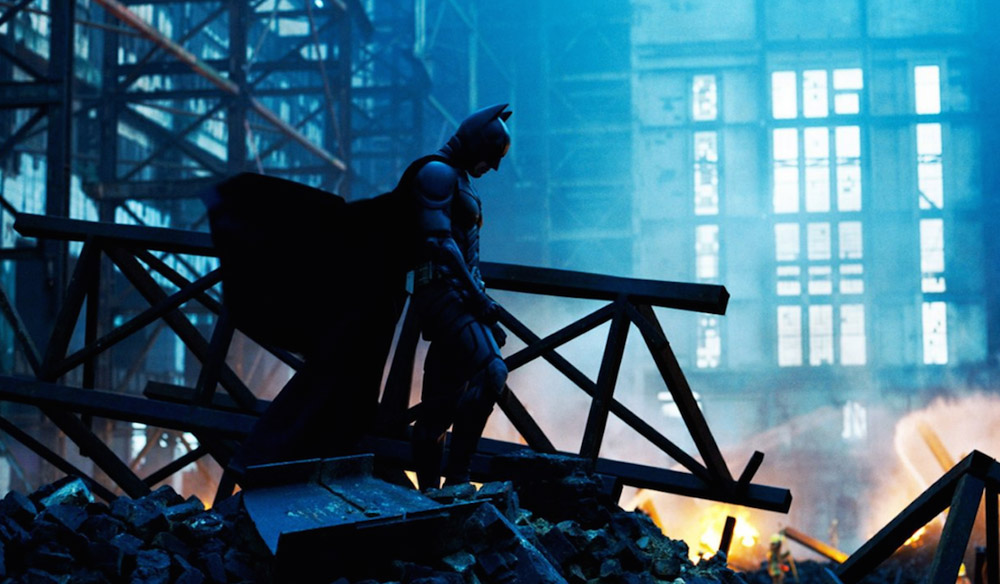 To talk about acclaimed cinematographer Wally Pfister is to talk about his long-running creative partnership with director Christopher Nolan. The two have combined forces on seven movies (so far), and it’s frankly awe-inspiring to see the films listed together. These collaborations read more like a “best of” than a resume: Memento, The Dark Knight Trilogy, Insomnia, Inception, and The Prestige.

For many, Pfister is synonymous with giant anamorphic and IMAX spectacles and vast wides that build worlds in a single breathtaking frame. Nonetheless, Pfister’s cinematography, while certainly at home in mega-budget blockbusters, is also quite personal and audience-focused. His high-brow high concepts and visceral action sequences are rooted in the hustle of documentary filmmaking and the grind of working hands-on as a humble camera man.

Focus on the Center with Anamorphic and IMAX

Beyond his collaborations with Nolan, Pfister’s body of work includes well-known films like The Italian Job, Moneyball, and his lone film direction credit, Transcendence (2014).

Looking across his accomplishments, one trend quickly stands out — Pfister’s projects are big. Not only does he shoot big set pieces that fill the frame with action and scope, he’s often shooting for the biggest of screens, bouncing between anamorphic and IMAX scene by scene.

As heard in the interview above, this presents a few challenges. How do you create and, maybe more importantly, hide the transitions between standard anamorphic and giant 4:3 IMAX? How do you first perceive and then maintain your audience’s attention as you switch between formats?

Pfister’s advice — “focus on the center” — is the key element to his big cinematography mindset, as both the IMAX action sequences and the anamorphic drama hinge on directing the viewer’s focus in a way that enables them to follow the story.

You can certainly see this in all of his Nolan collaborations with the intricate sets for the city of Gotham, as well as in the duo’s fondness for aerial establishing shots and even aerial action sequences. The wide-angle lenses help give scope and grandeur to his characters and allow Pfister much more range of motion as he follows everything from back-and-forth conversations to hard-hitting fight sequences.

Capturing the Chaos of Action

Before establishing himself as Nolan’s go-to collaborator, Pfister partnered up with director Gregory Dark, who’s best known for a long string of b-movie action-thrillers which Pfister shot at a rapid pace in the early 1990s.

These films helped Pfister define his own action sensibilities and develop a methodology for creating action-scene chaos while capturing and controlling it in-camera.

Pfister’s camera is rarely stationary for action, yet it isn’t running around handheld and out of control either. It’s a carefully choreographed composition of wide shots, with lots of angles that let the characters create the action and the editing create the speed and chaos.

Even on big-budget projects, Pfister insists on treating cinematography as cinematography, meaning he’s not simply shooting pre-renderings upon which VFX artists can create the true compositions.

Nolan and Pfister are on record with their dedication to doing VFX on set and in-camera, leaving CGI strictly for elements too dangerous to capture in real life.

Pfister preaches this approach as a way to “not get hung up” on chasing the latest post-production technology so you can maintain focus on the core principles of cinematography. Solid advice for aspiring filmmakers and cinematographers.

Respect the Story at All Times

It’s important to hear Pfister talk about how he serves as both an extension of the director and a conduit to help guide and shape an actor’s performance.

This is more challenging than it sounds, as it requires the right technical mindset, the right collaborative spirit, strong communication skills, and a lot of patience and respect  — all at the same time, while keeping the director’s vision and everyone’s best interests top of mind.

At the end of the day, like all successful filmmakers and cinematographers alike, Pfister sees himself as a storyteller above all else. You can take a single frame from the dark and chaotic world of The Dark Knight or from the office drama scenes of Moneyball and each shot will tell a story through its lighting, its composition, and its empathetic camera movement.

For additional cinematographer profiles and filmmaking tips and tricks, spend some time with the articles below:

Cover image from The Dark Knight via Warner Bros.