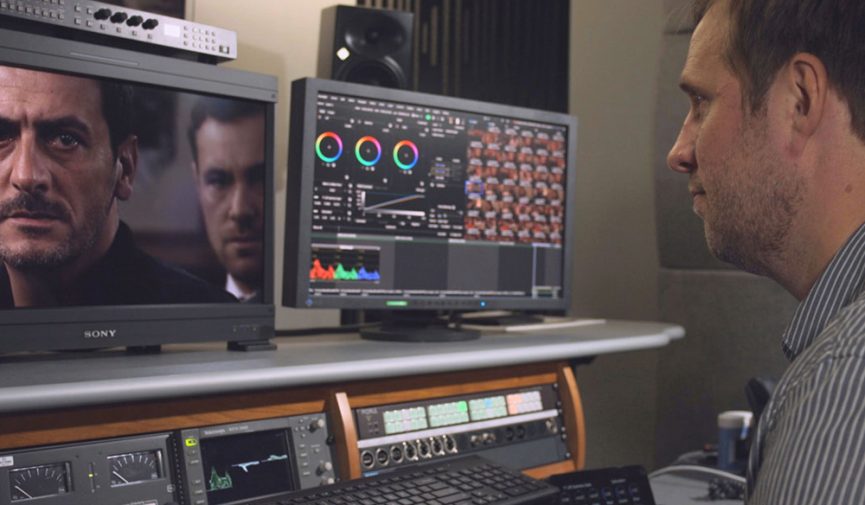 Color Grading: What is ACES?

The Academy Color Encoding System aims to be the filmmaking industry standard for managing color.

The Academy of Motion Picture Arts and Sciences strives to protect, archive, and advance the arts and sciences of motion pictures. The organization is mostly known for awarding the Oscars, but the seventeen branches and Board of Governors also work to standardize various processes and workflows for production, post-productions, and archiving.

The Academy Color Encoding System (ACES) was designed to be the industry standard for color. It covers the entire process of filmmaking — from image capture, editing, VFX, presentation, archiving, and future remastering.

ACES brings a unifying workflow to an industry that has seen many secret sauces from the various facilities providing post services. It also provides an archive format that can be restored at any time in the future, with confidence that the original intent of the creators can be reproduced. — Dave Cole

ACES (Academy Color Encoding Systems) is a series of guidelines and specifications for every type of color management, from image capture to post-production to distribution.

ACES is a free and open color management system, meaning it is not tied to a specific platform or program. It’s designed to work with the technology of today, as well as future workflows. The ACES color space includes everything the human eye can see, meaning there are no restrictions or limitations of the color space.

Take a look at this ACES IBC panel from 2015 for a great breakdown.

Why was ACES created?

As digital workflows have increasingly dominated all aspects of filmmaking, ACES was created to reign in all the various formats and codecs. A single production can use different types of digital cameras to capture images, each using their own media format. In post, the same film may be edited in different locations while VFX are created in other production houses. Finally, when a film is distributed — different deliverables are created for theaters, digital distribution, streaming, discs, and even mobile.

In all, dozens of formats and color encoding schemes can be used — and often without any metadata. ACES 1.0 was created to solve integration issues, all while keeping a consistent and high-quality color management. Essentially, ACES established a common standard so motion pictures could be efficiently and predictably created and preserved.

Robbie Carman has a great four-part breakdown of the ACES process over on Mixing Light. Outside of the ACES overview he presents, Carman also shows you how to setup ACES workflows in DaVinci Resolve, round tripping VFX in ACES, and touches on the various versions of ACES.

ACES is becoming popular among large scale blockbuster films, especially those that tend to be CG/VFX heavy. The growing list of films using ACES standards include Chappie, The Lego Movie, Oblivion, The Legend of Tarzan, and Guardians of the Galaxy Vol. 2.

If you want to consider adopting ACES standards in your productions, you can dive into all the technical writings on ACES by visiting the ACES Documentation page. Additionally, you can find other support and resources at ACES Central, the dedicated hub and forum for all things related to ACES color encoding.

An example of the type of content you will find on ACES Central is this in-depth case study from Glenn Gainor, the President of Physical Production at Screen Gems. He describes how ACES was integrated on set, in post, and in archiving. Also, Screen Gems editor Shelly Westerman talks about using ACES when editing The Wedding Ringer and About Last Night.

Do you have any experience with ACES? Join the discussion below.