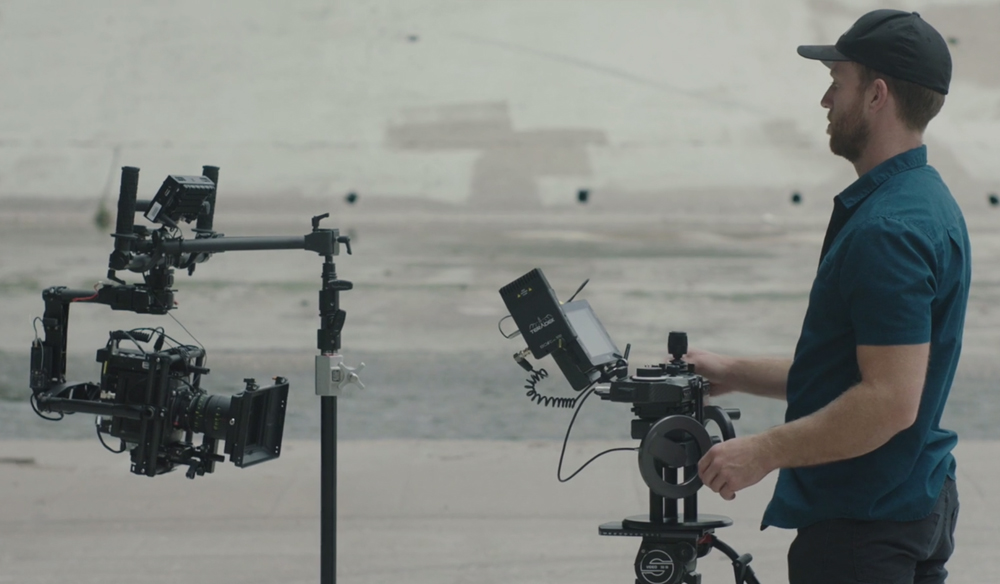 Alpha Wheels redesigns a classic filmmaking tool for the future of film gear. Gain absolute precision and control over camera movement on gimbal stabilizers with these futuristic hand wheels.

All images via 1A Tools

Hand wheels are one of the oldest tools cinematographers have utilized on set. They offer control over cranes, dollies, and a variety of camera mounts. The team at 1A Tools wanted to bring that same level of precision control to stabilizers like the MoVI and Ronin.

Now, these aren’t the first hand wheels designed for gimbals — others, like the PLC Veracity Control Wheels, have been available since 2014. However, the Alpha Wheels feature a sleek and stunning design, and its open API offers endless possibilities. What also sets Alpha Wheels apart is the ability to use the wheels in Cine Designer, offering total control in previsualization.

Here’s a look at the Alpha Wheels in action.

The Alpha Wheels system comes in two variations, lightweight aluminum or heavy-duty brass. The aluminum allows for easy transportation and remains incredibly responsive. The much more durable brass will fall in line with similar hand wheels already used on major sets. They are three times the weight of the aluminum wheels.

I spoke with 1A Tools co-owner Boyd Hobbs about the new Alpha Wheels.

As working DPs, when we conceived of the Alpha Wheels, we didn’t stop at gimbals and remote heads. We thought of all the platforms we want to use wheels for, and we imagined a set of wheels with an open, flexible design that we could use on every job, no matter the type or budget.

For filmmakers with a MoVI, the Alpha Wheels are directly compatible with the MoVI controller. A single cable delivers both data and power. This setup allows operators access to multiple MoVI/MIMIC/joystick/Alpha Wheels combos. There are also updates coming to those with the DJI Ronin.

We are actively working on improving the Ronin integration. It can work right now through any off-the-shelf Futaba controller for those that really want it. We want to finalize our recommended workflow. This workflow will be published before we ship.

As previously mentioned, a standout feature is the ability to use the Alpha Wheels in pre-production. The system uses an API to integrate with Cine Designer. It isn’t just the Cine Designer angle that’s most exciting, but the public release of the API. The open API will allow endless possibilities.

We walked through Cinegear this year with a prototype asking vendors what they thought and it was honestly incredible. The potential uses are endless. Everything from post VFX work, dynamic lighting grids, moving truss, new types of remote heads. The wheels are a great interface for cameras because they give you responsive, real-time, tactile control. And now that so much of the industry is gaining levels of remote control or motorization, there is a need for responsive, real-time, tactile control in so many corners of the industry.

We would be thrilled to see it used outside the film industry. For many people once they see it in use and hear that it has an open API, that’s when lightning strikes and they can imagine a use in their own field. That’s why we are opening it up. Our creativity made the wheels. Now it’s open for anyone else’s creativity to apply them.

Communication protocols will include: Serial via USB, Serial via Lemo, CAN BUS, Raw Encoder Data, and stepper motor compatible Step and Direction signal. 1A Tools will publish an open API on their website for each protocol as they become available.