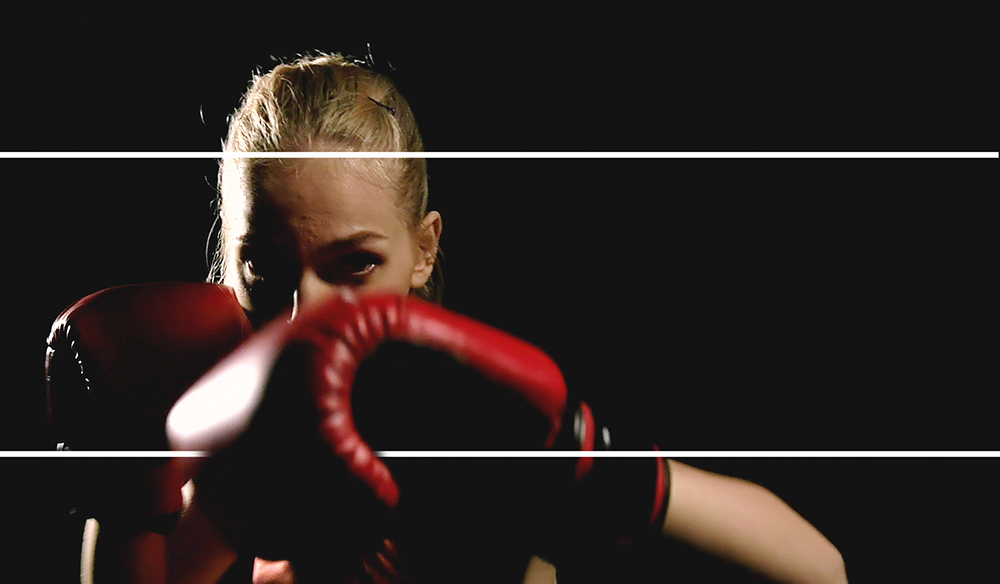 How to Make 3D Split-Depth Videos in Adobe After Effects

Want to make a short clip pop out of frame without a 3D camera? Learn how you can easily create stunning 3D videos in After Effects.

Split-Depth videos and GIFs have been a staple on the internet and social media for quite a while now. There’s even a whole community dedicated to creating these 3D videos on Reddit. If you aren’t familiar with the style, check out this example of a baseball bat seemingly coming out of its own frame:

Now as a casual subscriber of that subreddit and a general fan of the trend, I’ve always been interested in seeing how they create these videos. After sitting down with After Effects for a few hours, it became simpler than I originally thought. So to help you create your own, here’s the workflow that I used to create this stylized video.

Find or Record a Video That Pops

The key to making an effective split-depth video is finding or recording footage that pops into the front of the frame or crosses into a different plane. That way, when you add the bars to make an effective split depth, you can separate the portion of the video that moves into the foreground into a different plane than the background. For our example, we have a boxer punching into the foreground, whom we will separate from the subject.

Create Your After Effects Project and Add White Solids 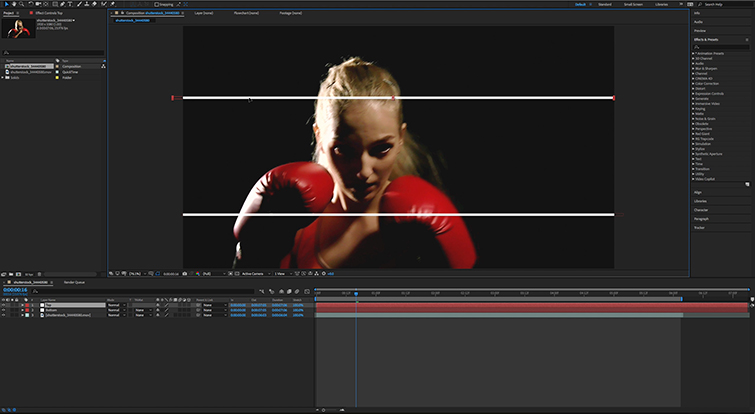 Once you have your video downloaded or recorded, import it into After Effects. After it is loaded into your timeline, right-click and select New > Solid. Make it white, and a box will appear on your composition window. Narrow it down to a bar size that goes from one side of the frame to the other. Copy and paste the solid and move the new bar to the mirror side of the video.

Depending on your video, you can choose between the bars being horizontal and vertical. It all depends on which way your image will be popping into the foreground. For our example, I chose to use horizontal bars. Align the bars to your chosen locations. Now, it’s time to get rotoscoping.

I know rotoscoping always sounds like the most tedious part of editing, but since you’re only roto-ing through two small bars, it’s actually a lot simpler than it sounds. It starts with creating a mask on your solids by right-clicking them and selecting Mask > New Mask. The default mode of these masks is the Add mode, which makes whatever is inside the mask visible. Change the Add mode to Subtract by selecting it in the dropdown menu to the right of the mask’s layer in the timeline. This will block out the solid contained within the mask by flipping it inside out.

Find a point in your video where you want an object to pop into the foreground. From here, start keyframing your masks to block out the white solids over the foreground image. Continue keyframing the foreground object until it is completely passed through the white bars, or your video has ended. (If you haven’t rotoscoped before and need a quick refresher, check out this post.)

Export Your Video (And Possibly GIF It)

Once you have completely rotoscoped your bars to make it truly “split-depth,” go ahead and export the footage. Now, you can use this clip however you want, but if you want to use it as a GIF (so you can post it to Reddit for that sweet, sweet Karma), follow this tutorial to create your own. Or, if you’re feeling like creating an entire video with split-depth effects, you can conjure up a video like the FEMM did in their music video for “Do It Again.”