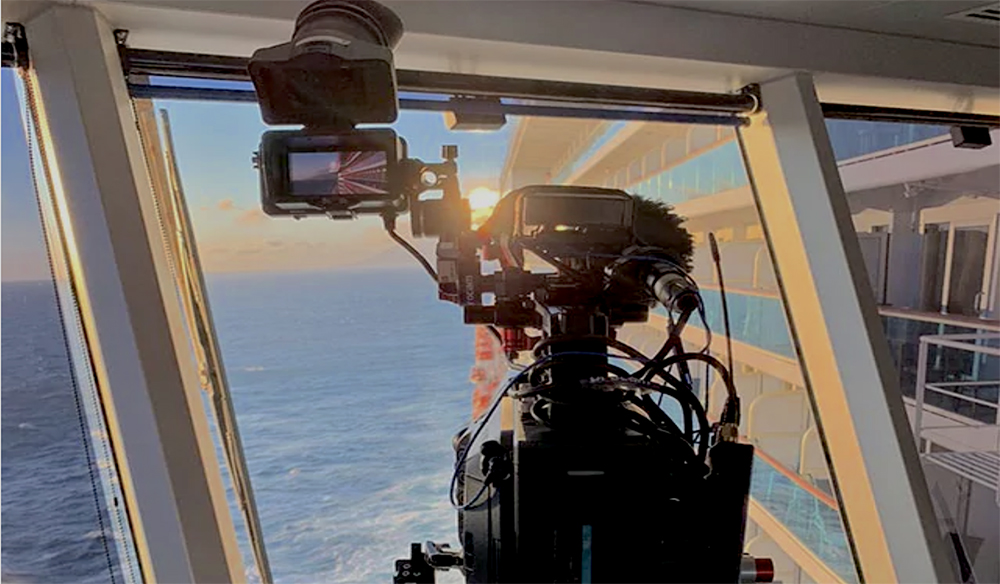 Interested in seeing the world with your camera? Here are several videography markets for those who prefer to keep moving.

Experienced production professionals aren’t the only ones getting paid flights from their employers. Videographers and producers early into their careers can also land camera jobs and get out of town. Here are a few markets to consider.

The Dance Competition and Convention Circuit

The world of dance competitions for kids and teens is a self-sustaining, thriving, and fascinating national subculture. It’s as serious a party as you’ve ever seen. Some of the students who enter these competitions rehearse with their studios three times a week, and they end up dancing for the likes of Janelle Monáe. Each city’s distinctive taste in music and choreography extends from local working dancers to the devoted kids they teach. Imagine ten-hour days of intricate formations, costumes, emotions, stories within songs, and countless dramas behind the scenes.

As a camera-curious radio professional (and a former dancer), I did a season with a premier dance competition company for my first videography job. I can’t recommend this scenario enough to freelancers who are just getting started in film and video production. Roughly each weekend — January-May — the company bought flights for a small team of us to travel to cities hosting competitions. Our jobs were to liaise with the host theaters (which involved widely varying resources and input situations), unload trucks with equipment and merch, and set up our stations.

For videographers at these events, it’s generally just you with a tripod, following the dancers through solo and group routines. In this company’s case, a sole camera captured footage in each city — unless the turnout was large enough to warrant two rooms. Livestream setup and execution was our responsibility. We used Wirecast on a Blackmagic setup to stream and record footage that participating studios purchased. At the end of each season, finals offered a chance to work a switcher for production screens and the stream. (Other competitions make recap videos of each city and take backstage footage for social media.)

The money was well above traditional PA day-rates, and it depended on the length of each competition. On the best weekends, I went home with $1,000. Accommodations, in our case, were stellar each time, and we received a per diem for meals and transportation. Once, while working in Raleigh, North Carolina — during limited but rich free time — I explored the courtyard of a Gothic church. Another time, while in Des Moines, I discovered the thriving film photography scene at a gallery, where I made new friends. I had time to take photos for myself — sometimes shooting portraits of my teammates who hosted or worked backstage at competitions — many of whom needed shots for dance auditions and materials.

Some sought-after competitions to research include Showbiz National Talent, Revolution Talent, and Kids Artistic Revue. (Here’s a comprehensive list.) Be sure to find out if videographers or photographers are required to sell media packages themselves during the competition — which is a less-attractive gig for many.

An excellent entry into documentary filmmaking, this route often guarantees international travel — while significantly broadening your horizons. Journalists will find video storytelling quite intuitive in this setting. While you’re working expressly to raise funds for a nonprofit, you’re ultimately compelling others toward a course of action — it’s documentary work, albeit less subtle. Bilingual or multilingual production professionals will have particular success in this market.

Tel Aviv-based journalist David P. Alexander talked to Columbia Journalism Review about the clients he formed relationships with after working with Wildlife Alliance in Cambodia, which started him down a path of video storytelling for NGOs. He came from a newsroom, and he relished the creativity of this medium. Spots for nonprofits don’t have to conform to the stylistic specifications of a publication; rather, they’re similar to narrative journalism.

Before you pursue major organizations, look around for foundations and nonprofits in your own backyard who need content (or whose content you think you can improve), and partner with them to get some videos under your belt.

If you’re not claustrophobic, summers at sea are completely feasible for early-career production professionals — as well as more experienced filmmakers. Cruise lines hire videographers and editors to turn around daily videos capturing the guests’ experiences. These videos then play on screens in common areas — later, they appear in marketing projects. Vistas can range from Alaskan coastlines to the French Riviera.

Mainstream cruiseliners send out ships year-round for extreme adventurers. Princess Cruises requires a year of videography experience to apply. Some command of sales and customer service will improve your odds, as video producers sell media packages to guests. Here’s some great info to consider.