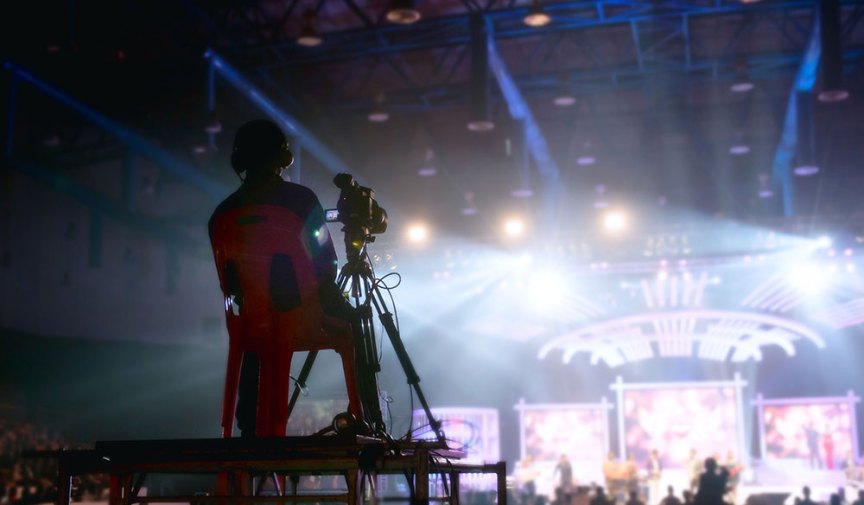 Running a multi-camera shoot at a large outdoor event can be tricky. Here are a few tips to keep the operation running smoothly.

So you make it to your nearest arena to see your favorite band. Great, except the talent themselves are the size of ants. This is where Image Magnification (or more widely known as IMAG) comes in. IMAG is now a staple for almost all large-scale concerts. In this article I’ll go over a few important tips of the trade for anyone getting ready to throw on a headset, hunker down behind a switcher, and direct a multi-camera show for a live concert. 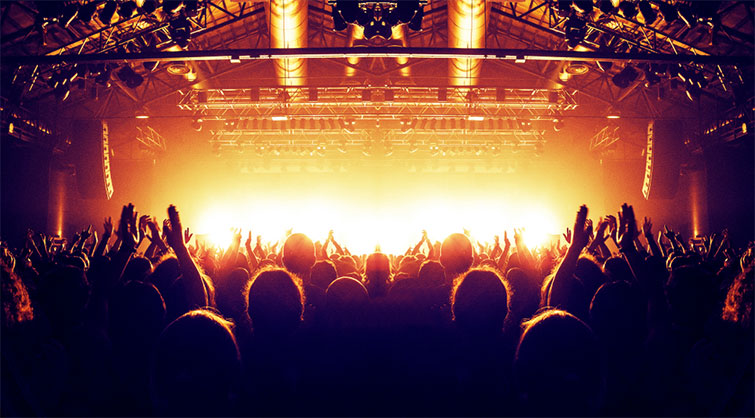 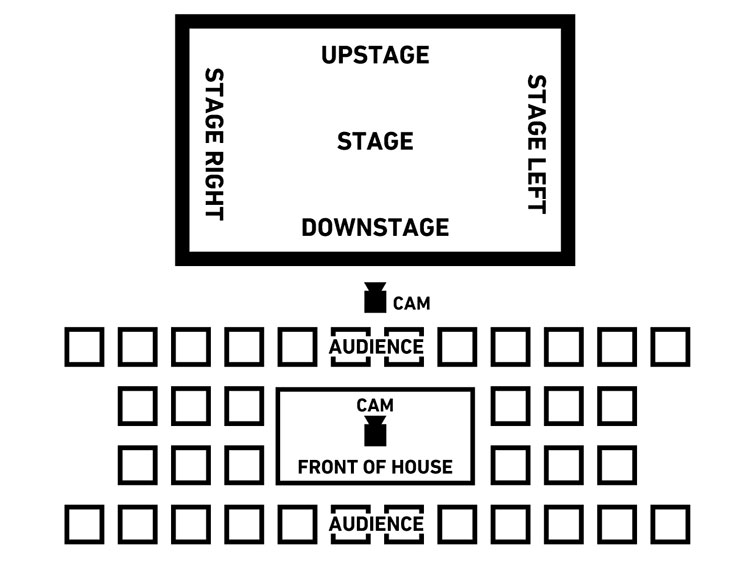 You can always hide an army of robotic cameras around the stage to get specific shots. However, the majority of your show will come down to hiring two or three camera operators. Your first camera should always have the longest lens available, and it should sit on a tripod — dead center — inside front of house. The sole purpose of this camera is to follow the most important person on stage, which is usually the lead singer (if the band is not instrumental). The long lens camera should stay somewhere around the waist up, tight on the talent, following them wherever they may bounce to on stage. This camera can also do some long pulls or pushes, to/from the stage, but 99 percent of the time their job is to solely stick to the lead talent in the band.

If you only have two camera operators, the best placement for the next operator is on the downstage edge in the pit, directly in front of the stage. This camera’s purpose is to capture all of the action happening on stage. If a guitarist shreds a lead break or the drummer busts into a solo, this camera needs to immediately focus on that musician to capture these glorious moments.

If there is a third camera operator on the show, you can either put them in the pit for more coverage of the stage, or have them on stage with the band. (Note: you must first get permission from the stage/production manager, if you choose this route.) This camera position allows for some interesting angles that even the guests in the nicest seats would never see, allowing the camera the unique opportunity to become part of the production. This usually happens between songs, when the musicians decide to have a conversation with the camera. Not only does this lend the audience the illusion that, through the screens, they are having a personal moment with the musicians, but it also magnifies the visual aspects of the show for those in the nose-bleeds, while including them in the live experience. 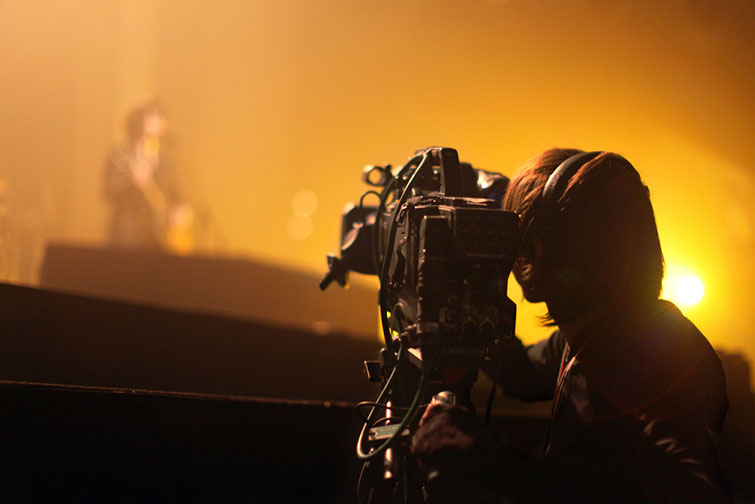 As is true with editing video across most media, the two most-used transitions in your arsenal are the straight cut and the dissolve. If your camera operators are lacking video return, make sure to let them know if they have matching or similar shots. You need to avoid this on a straight cut, but especially on a dissolve because it creates the effect that the two matching images are melting together into an amorphous blob mid-transition, which, when displayed on massive screens, can be quite unpleasant.

Always let your operators know what shot you’re looking for by providing precise instructions about any camera movement you expect. And consistently place your operators on standby before taking (going to) their camera, unless there is a critical moment that needs to be captured right away. If your operators don’t have a tally light, remind them when you’re holding onto their camera, every few seconds, and be sure to let them know when they are completely clear (this is extremely important during long dissolves between two cameras, so one of your operators doesn’t drop their framing mid-transition).

This is not a tax law conference that you’re covering; this is live entertainment with a rhythm that creates the IMAG show. Try as best you can to cut your cameras to the beat of the music. I find it helpful to tap my foot to the song’s beat while directing, as it keeps me locked into the pulse of the performance. 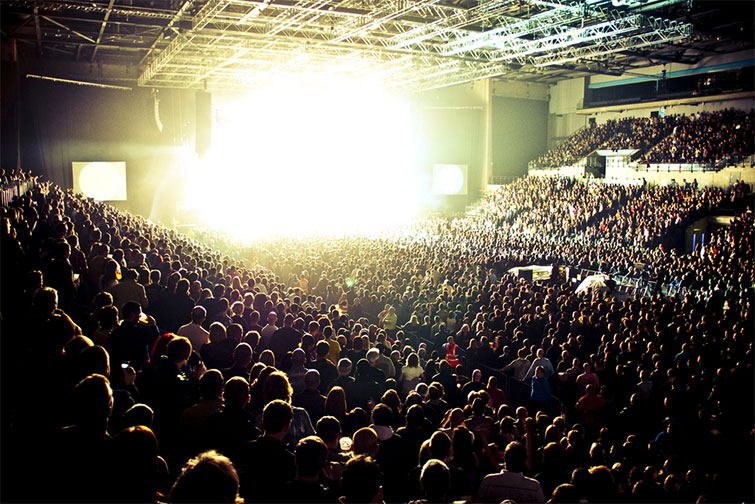 When each song comes to an end, watch what the lighting designer does. If they are cutting quickly to a blackout of the stage for dramatic effect, you should also immediately cut to black on the switcher, to help make the blackout even more pronounced.

May your equipment always work, your operators prevail with skill, and may you have nothing but great shows from this blog forward. 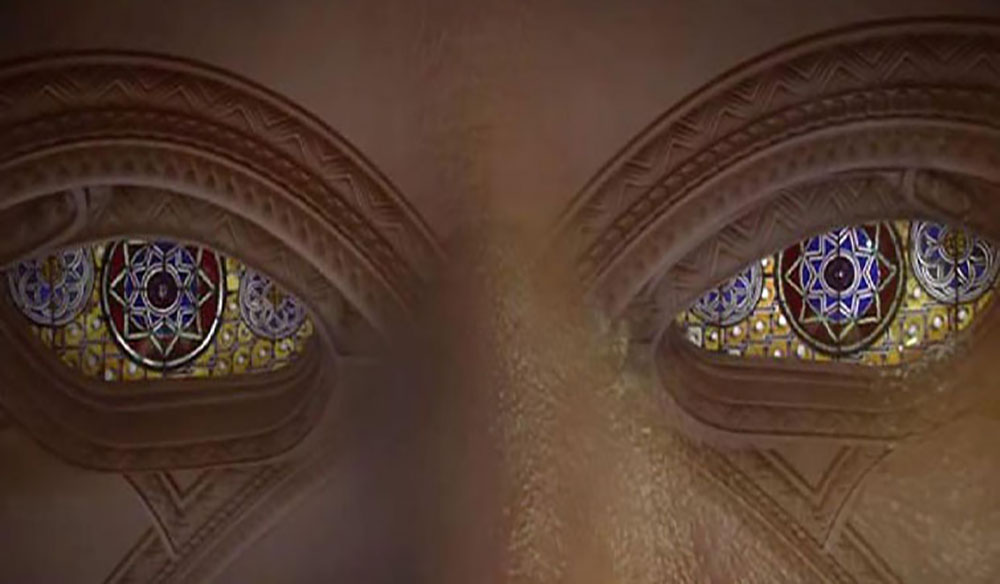