Today, the team at Blackmagic Design announced the new ATEM Mini Pro, which will be an upgrade specifically as a switcher, but it’s really going to be a major upgrade for anyone looking to stream content. Thew new ATEM Mini Pro will basically have everything you needed OBS for, but now it’s built in, and you can access it from the ATEM software control panel.

You can simply open a window, select which streaming service you’ll be using, and then enter your stream key. In fact, once you have the ATEM connected to whatever streaming site you normally use, there is a button on the switcher itself so that, with one punch, you can start streaming live. It has four inputs — right now all HDMI, but hopefully a SDI model will be announced in the future.

(The choice for HDMI is obvious because they’re catering to people streaming with the Blackmagic Pocket Cinema Cameras — which have also gotten a free update that allows them to communicate with your software. This update unlocks CCU operation from the software; you will now have tally lights with a live message that pops up whenever that camera is punched up, and a standby function for whichever camera you have set to preview.) 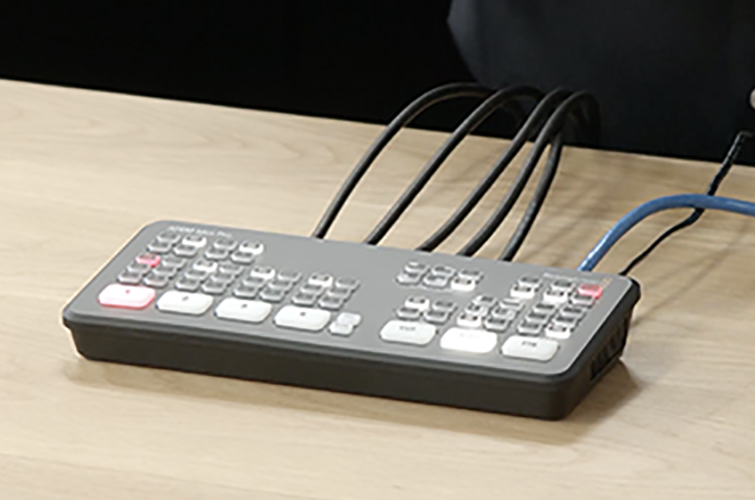 The output is also now going straight from the ATEM Mini to the internet, so it no longer gets compressed twice. This device will also record your streams straight to external hard drives. You can isolate each source for recording, giving you the option to go back and reedit the stream however you wish.

The switcher can jam timecodes to all of your cameras, so now when you bring up the footage for post-production, every camera will be synced. And since you can now color the cameras through DaVinci Resolve live on the cam, the actual recordings will still maintain their raw cinema quality, allowing you to apply a different post-grade color mix to the footage. The ATEM Mini Pro will scale with any hardware you might have, so you can use it to stream while using any larger professional switchers you might have. This will give you more physical control over your production.

(I wish they had added a physical T-bar to the Mini Pro. There is of course the digital one, but I love having control of a physical T-bar while switching live productions, specifically concerts.) 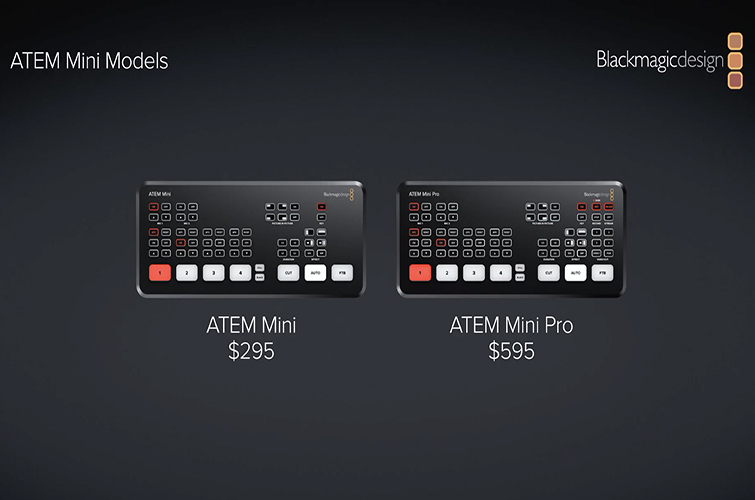 The switcher also has a great multi-view wherein you can include graphics channels, audio monitoring (where you can actually turn the onboard camera microphones off and on), preview, program, and windows for every source you might have that you can easily renumber. You can also dedicate your sources, so, for example, if you have a laptop with a PowerPoint presentation you want running to a projector, you can do that while still switching the other sources like your cameras on the live feed. 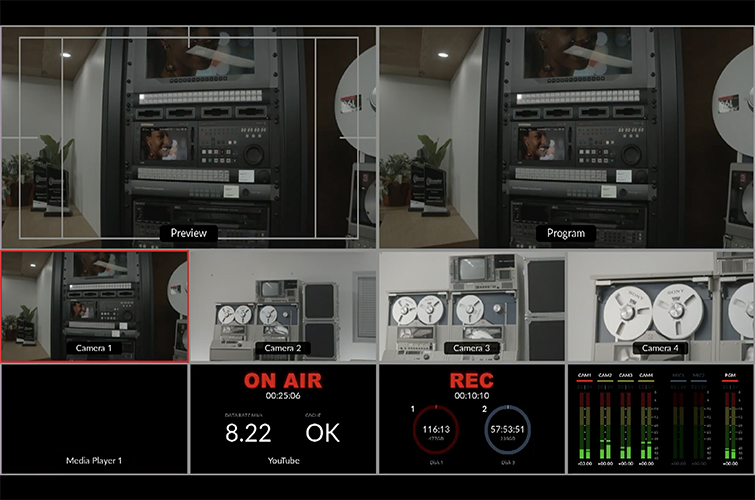 They also added a software update to the regular ATEM Mini, which gives you preview and on-air screen overlay, live color correction, gain, and iris control — and it works smoothly with the Pocket camera line with update 8.2. (The camera update for the Pockets to make this all work is the 6.9 software update.)

And lastly, they updated the HyperDeck Studio Mini, which can now record at least three hours on one file, it has true interlaced h.264 files at a higher quality and increased functionality to play back files on the ATEM switcher. And they almost doubled the read/write speed from your external storage devices to 110 megabits/s. 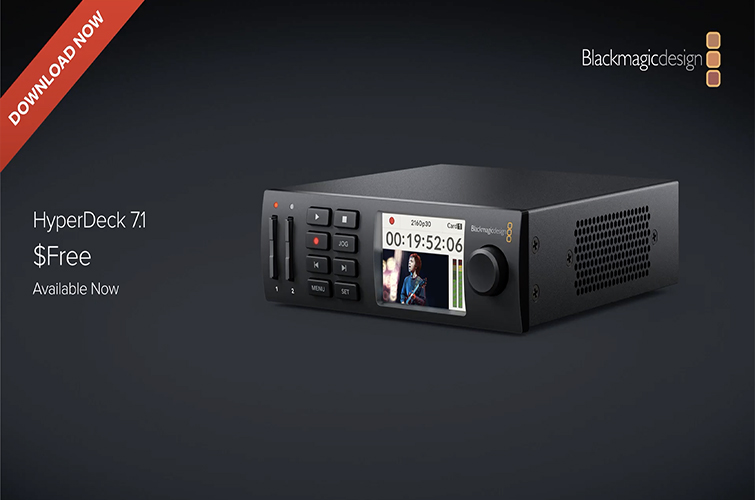 This is a great update, especially for anyone interested in professional streams with multiple cinema cameras. The amount of gear this box can replace is astounding, and the built-in streaming software to sidestep OBS (and it seems incredibly easy to use/understand) is a game changer. And the whole thing is smaller than a laptop.

It will be truly exciting to see how people start to use the ATEM Mini pro in productions around the world. It’s definitely worth checking out. 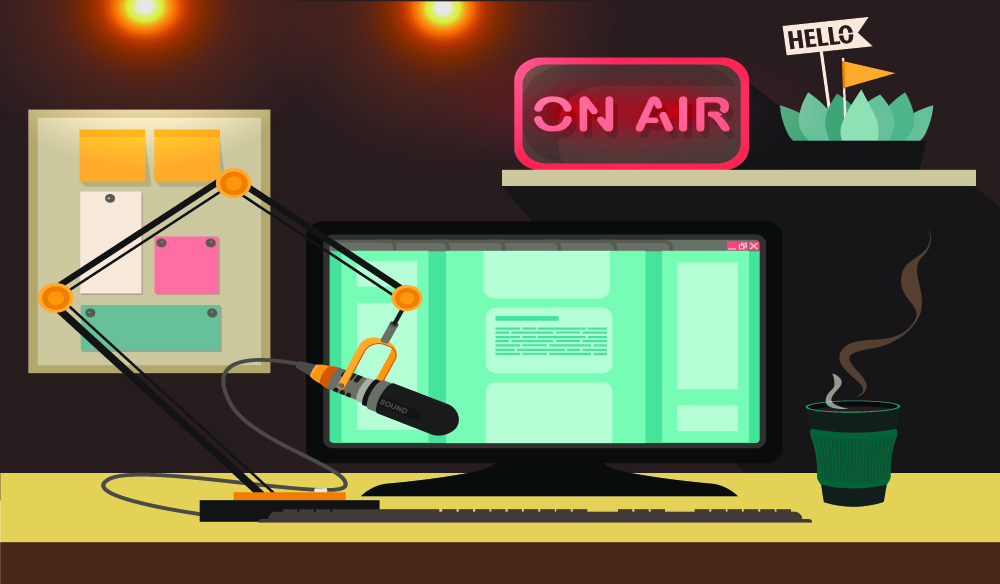 Audio Editing
Why and How to Transcribe Your Podcast Episodes