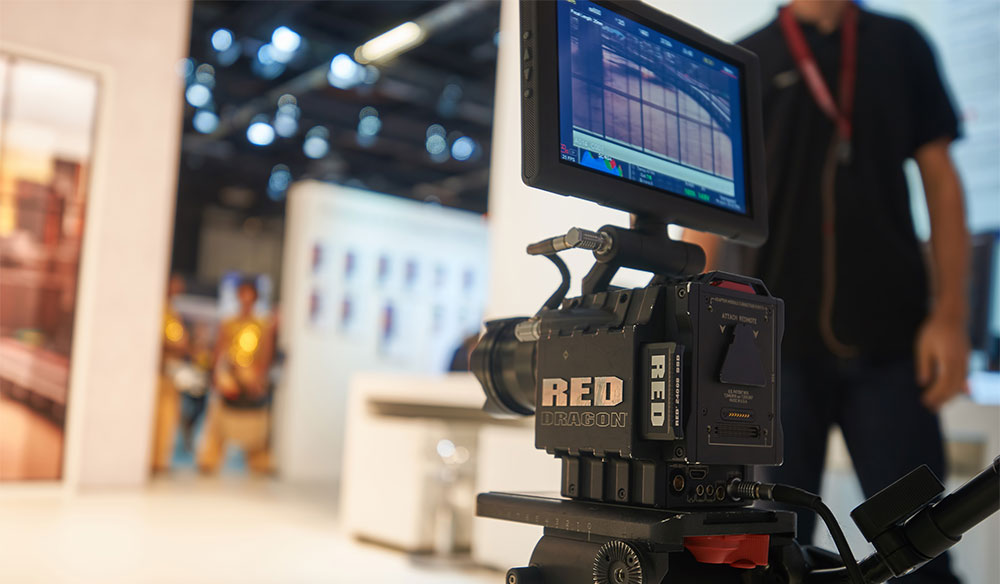 We asked some of our content creators about their thoughts on RED cameras — accessories, investments, and the company’s future — and they didn’t hold back.

Hot Beats is a new editorial series where we get to dish out our takes on current trends and gear to help stoke an interactive conversation with you! These pieces will feature the opinions of our own content creators and are merely personal opinions. So, take everything with a grain of salt and let us know if you agree or think our assessments are actually hot garbage. The contributors didn’t discuss their answers with each other beforehand.

RED was once the belle of the camera ball. I remember personally pining for a RED ONE when they were released, and the precautionary tips of adding bags of frozen vegetables to your kit to cool down the camera — due to its massive issues with overheating — couldn’t dampen the dreams of shooting gorgeous 4K footage or 2K footage at 120 fps. The secret prototype RED camera that Michael Bay shot Transformers with fanned the flames of theories as to what specs the unreleased camera might have and when it’d be released.

Now, honestly, for me, the hype is at an all-time low and I have zero desire to dive into the RED game at the moment. “Dive into” is important here because, for some, RED might still be their best option since the company (reminiscent of Apple) has been able to dig its claws into its users by using proprietary attachments, cards, or accessories to the point that — on top of the already expensive camera body — you need almost as much to get the thing production-ready. So now, when it comes time to upgrade, you can try and sell the entire kit, which has (of course) depreciated, to switch to an entirely different camera. Or, you can keep buying RED products to maintain utilization out of said accessories. 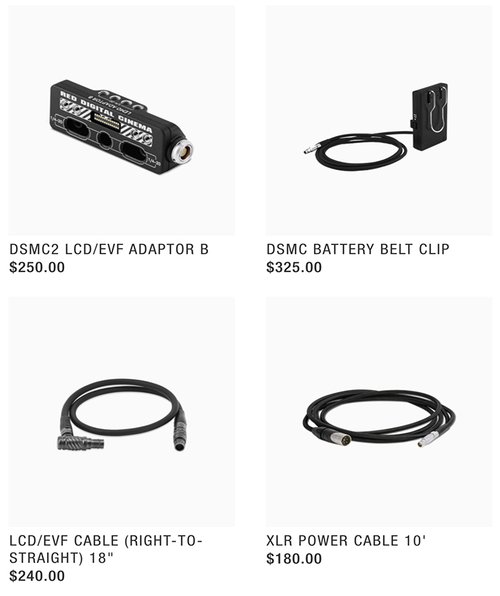 Accessories for the RED camera are costly. Image via RED.

One of the main problems facing RED is that for high-end cameras now, everyone wants to use ARRI. And, for more affordable cameras that can yield great images, Blackmagic and Sony are cleaning up. This leaves RED in a dangerous “no man’s land” middle ground, where the least amount of potential clients can be found.

This is, of course, following their absolutely disastrous release of the RED HYDROGEN phone project, which will no longer see a sequel. There was also the unexpected quick exit of the company’s founder late last year. On the horizon, they do have the more affordable and extremely tiny 6K Komodo that looks to be ditching the outrageously expensive RED mini-mag memory cards for CFast 2.0 cards. If the camera packs enough punch, it could be a much-needed win for RED and find a nice place in the more affordable camera market. But, if it also falls flat, then the future for the company looks bleak.

Some quick, interesting things to note about the Komodo: 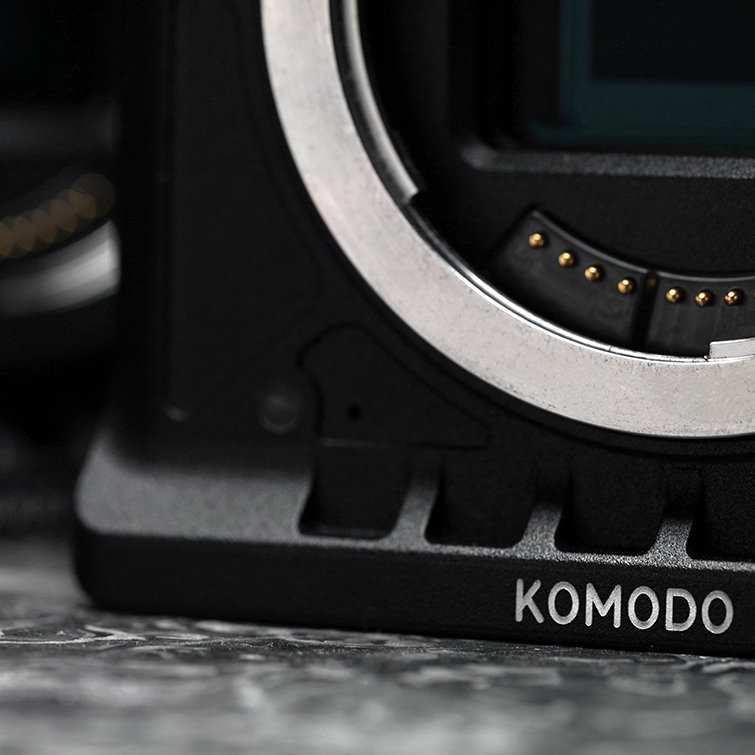 I personally have two friends who have done quite well with the DSMC2 HELIUM 8K S35 RED camera. But not too long ago, even they were contemplating selling to invest the money into more gear and pick up the URSA Mini Pro 4.6K G2 to use as their A-cam. I tend to find the companies that deliver more open options to consumers, and maintain reasonable price points, tend to find long-standing love from consumers. And, I don’t see RED as one of these companies. As it stands, there are no RED products for me in the future. But if the company starts to change its course, that could definitely change. They still produce high quality cinematic images, so I must commend them for that.

Something I do want to praise about RED is the community. It has a strong presence through the REDUSER.net message boards that are still thriving and constantly problem-solving questions for RED-using peers. So, one of the highest compliments I can dish out on this topic is to the people. RED has an extremely friendly, helpful, knowledgeable user-base that you should absolutely become a part of, if you do decide that RED is the camera for you.

Alright, I’ve been waiting for a very long time to find a platform to voice my opinions about RED cameras. I’ve got plenty of beef, so let’s start cooking. I first came into contact with RED cameras in college on a short film, and boy, were they a complete hassle to work with. Before I worked with them as a cinematographer, I was constantly told by my friends and colleagues that RED cameras were the best in the game. So when I first got to shoot with one, I was confused. Why is this camera so clunky (both in shape and UX design), so intensely loud, and produces a shot that can be easily comparable with cameras that are half the price? This began my deep-seated disapproval for the RED brand. So, let’s go over why I prefer other cameras compared to RED.

The proprietary gear attachments for the camera are incredibly silly and intensely overpriced. Why would you design a camera that only allows storage onto a proprietary mag, that costs four times what a normal card would run you? Along with that, why force customers to buy a separate monitor to view their image, with no way to preview that image without the monitor? It’s a greedy tactic, and I personally try to stay away from companies with a focus on proprietary accessories.

I feel like RED gear is complicated for the sake of being complicated. It’s extremely un-user-friendly, and trying to get the settings right on the monitor is like trying to decipher a field manual in a foreign language. When I used a Blackmagic URSA for the first time after using RED, I thought, “Wow, these are the exact same accessible settings as the RED, but I don’t feel like I have to summon an old god through chants and spells to switch my codec.” RED cameras are for people who like to feel superior because they know how to maneuver their way through the complicated UX, unlike the peasants who prefer using Blackmagic or Canon gear.

RED has done basically nothing to keep up with current camera trends. They have kept their prices at an unattainable level. Meanwhile, other brands (such as Blackmagic) have completely usurped the indie market by releasing comparable cameras at one-fourth the price of RED. They have not sought out to release a more consumer-friendly camera to capture the market, and their RED phone was a complete bust. I just don’t see a future where they return to their glory days as the chosen camera for film sets, without drastic change in how they approach their camera design and price points.

Now, this is all coming from a Blackmagic fanboy, so obviously, there’s a hint of intensity coming from me as I write this. But, after being burned by RED cameras on set for far too long, I feel like my points are valid. This is a cinematic hill I’m very well prepared to die on.

Lewis wrote an article in 2016 titled “Do You Need to Own a Professional Cinema Camera?.” We pulled some of his thoughts on RED (from this article), where he discusses how he felt during that time period when he personally owned a RED camera. 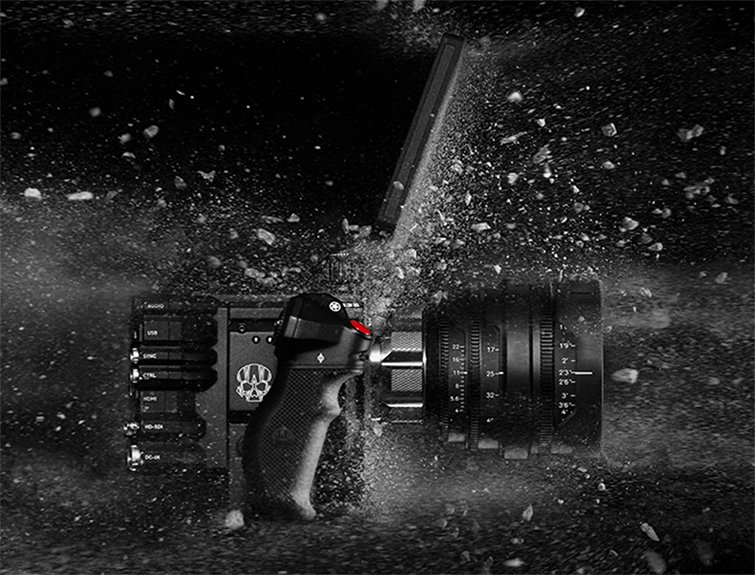 The price, along with the necessary accessories, can be crippling to the buyer. Image via RED.

“I bought a RED and it very nearly financially crippled me.’

“I would spend countless nights, tucked away in my living quarters, spending hours browsing Vimeo and YouTube, looking at RED footage. The RED SCARLET was about to drop the next year, and all I wanted was to have one. For what reason? I wasn’t too sure. However, I knew I needed a cinema camera — a professional industry-working cinema camera — not a high-end prosumer camera like the C300 or Blackmagic URSA (even though they were not out, back then). I needed something that was used for feature films and episodic dramas. I had to have my footage to look the same as Hollywood.’

“Even though multiple factors contribute to the appearance of that cinematic image — art directors, colorists, lighting technicians, costume department, the $150,000 lens attached to the camera — I still wanted one. Although the RED ONE was priced at $25,000, it did not seem like an unobtainable amount, in comparison to something like the ALEXA from ARRI. After two years of saving and trading in my (then) camera kit, I may very well have enough. It was a possibility, not a dream.’

“In 2012, RED took the RED ONE MX, discontinued the line, and put all of the refurbished models up for sale for $4,000. It was 4K for $4K. Completely unheard of at the time. The battle-tested MXs were sold out within two weeks. I was lucky enough to secure one, and it was one of the worst financial choices I have ever committed to.’

“If you’re paying for the lowest package, it is usually just the brain. When RED lowered the price of the RED ONE MX to $4,000, a lot of websites ran with the headlines 4K for $4,000. It seemed like a preposterous claim, at the time, and it was … $4,000 was going to get you the brain only. To get it up and running, you still needed a way to power it, view what you were recording, and store it. My accessories totaled $3,690 (I was able to acquire a lot of refurbished accessories). The 4K for $4K quickly became close to $8K.’ 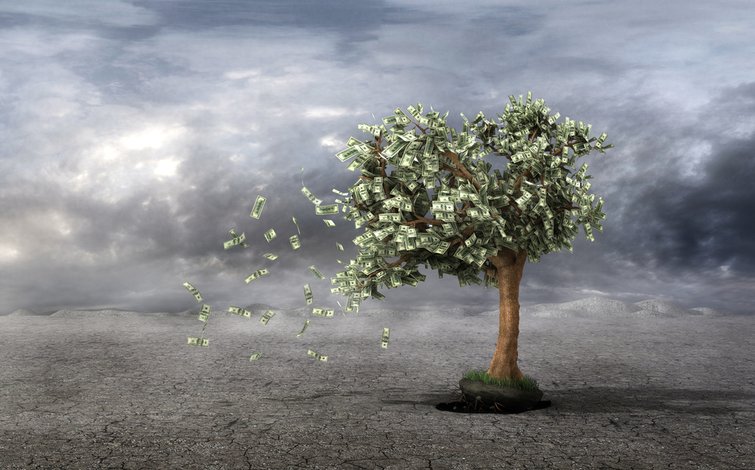 “After I had the RED ONE up and running and attached it to my freelance profile, I had a lot more job offers. However, I could only accept or apply for the odd job because I also needed to hire an assistant camera operator … This all contributes to the need to charge more money. If your current client list can’t meet you at your pricing, well, you’ve essentially bought your way out of work and into debt.’

“I must also say, this is no way a jab at the RED ONE or RED itself. I very much loved the camera and the company. The RED codec is extremely powerful, and both the hardware and software produced nothing but beautiful images. I’m sure if I had acquired another cinema camera at the time I purchased the RED ONE, I would be writing the same story but citing a different brand.”

So, that wraps up our hot-thoughts here on Hot Beats. Be sure to let us know your personal thoughts on RED cameras, our opinions, and discuss them online through our social media channels.