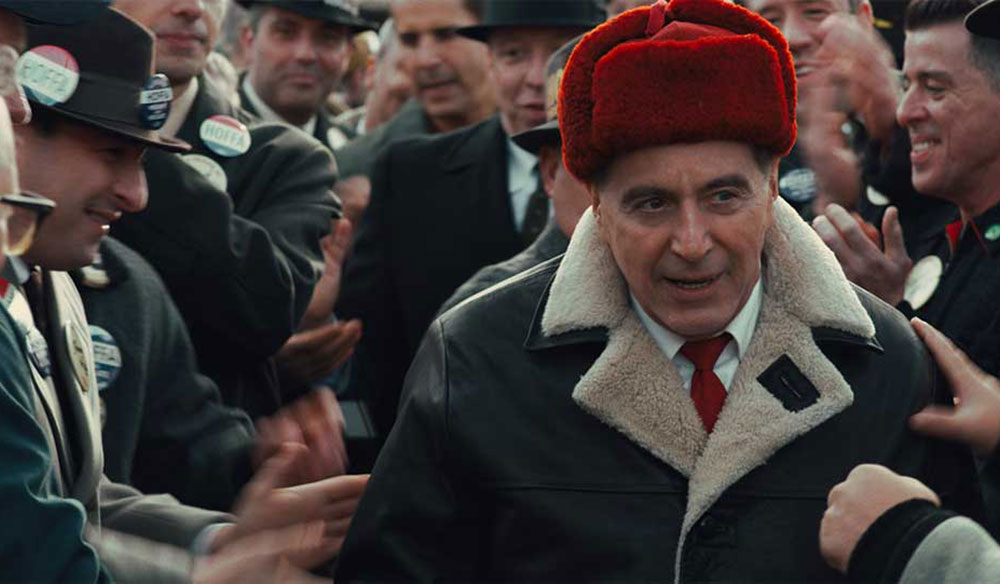 The Importance of Camera Movement in “The Irishman”

The Irishman follows the “heighten naturalism” aesthetic from The Wolf of Wall Street, injecting a darker, more conspiratorial tone.

Rodrigo Prieto is one of the most adaptable A-List cinematographers. His work is always amazing, but there are few visual trademarks you can pinpoint in his work that follow him from film to film.

A big part of the film’s aesthetic is its camera movement. Almost nothing is handheld or feels immediate, left to chance. There’s no obvious presence of an operator that would give the feeling of a living observer. The camera remains fixed on a dolly or crane. He artfully composed each shot for the most visual impact.

A big part of the film’s power is that we’re watching the unknown, underworld figures that shaped the course of history: the union movement, pervasive organized crime, the assassination of a president. Prieto and Martin Scorsese (who directed the film) chose to keep the camera grounded and solid so that each part of the shot could be finessed for maximum impact.

One cinematic tool that shows up a lot in the behind the scenes is the technocrane. This device lets the camera soar over the scene — taking in everything — before sweeping down into a single or a two-shot on the hero of the scene. The same movement with a dolly would be cheaper, but the tracks for the dolly limit the direction you can shoot, or you have to paint them out in post-production. A crane takes longer to set up, but once installed, it can give almost any angle or movement imaginable.

Prieto uses the crane to add interest in some of the longer exposition scenes, so the audience can absorb the information being explained while also taking in the luxuriously dressed and lit period locations.

Using slow, steady movements at every opportunity also helped with the extensive CGI the film used in post. Because it cast two 70-year-old actors as 40-year-olds, the filmmakers had to track the faces of the actors and de-age them digitally — removing lines and subtly altering the shape of the actors’ faces. Had they chosen a handheld similar to the one Prieto used on Biutiful, their task (and budget) would have been significantly higher.

They also used a huge, three-camera rig for the de-aging scenes to give the VFX artists more angles and information to work with. These large camera rigs inherently limited camera movement, especially when Scorsese shot with multiple angles, needing upwards of six cameras. 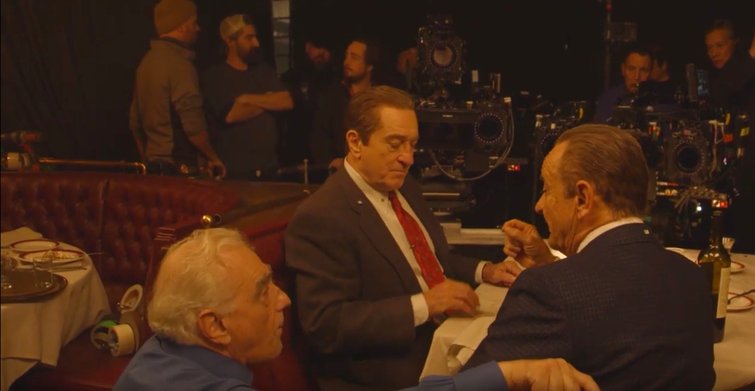 Interestingly, the filmmakers shot most of the film on 35mm Vision3 film stock, combining this with RED camera footage for the heavy VFX scenes. The jump between the two appears smooth, successfully bending film and digital.

At its heart, The Irishman is a film about men sitting in dark rooms talking in hushed voices. Occasional bursts of violence punctuate the conversations, but dialogue dominates the run-time. Prieto and Scorsese successfully used constant, creeping camera movements to heighten the drama, maintaining visual interest.

Want more on filmmaking techniques? Check these out.