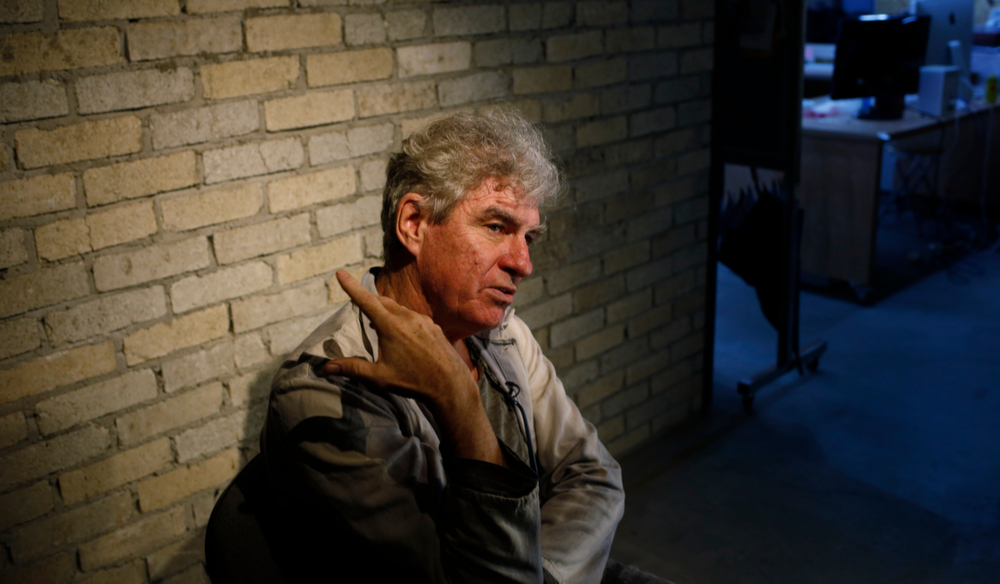 Australian-born cinematographer Christopher Doyle has lent his talents to some of the most iconic films in international cinema, collaborating with the likes of Edward Yang, Alejandro Jodorowsky, and, most famously, treasured Hong Kong auteur Wong Kar-Wai. Together, Wong Kar-Wai and Christopher Doyle birthed seven feature films, including Days of Being Wild, Chungking Express, and In the Mood for Love.

Known to his contemporaries by his Mandarin name 杜可風 (Dù Kěfēng), Doyle is an adopted son of Hong Kong, having lived in the infamously dense port city for three decades. It’s there he continues his work to this day, building upon his renowned body of cinematic work. He’s an unmistakably sincere man, who freely expresses his affection for Hong Kong, his distaste for pretense, and his reverence for life.

Although renowned for his remarkable cinematography — at once lush and gritty — Doyle finds his truth by being open to a variety of practices and experiences. He is multilingual, deeply collaborative, and spends much of his time creating vivid and expressive collages. In this post, we’ll reflect on the filmmaker’s multifaceted approach to life, beauty, and art, as well as ways we can all practice his philosophies.

A Man Still at It 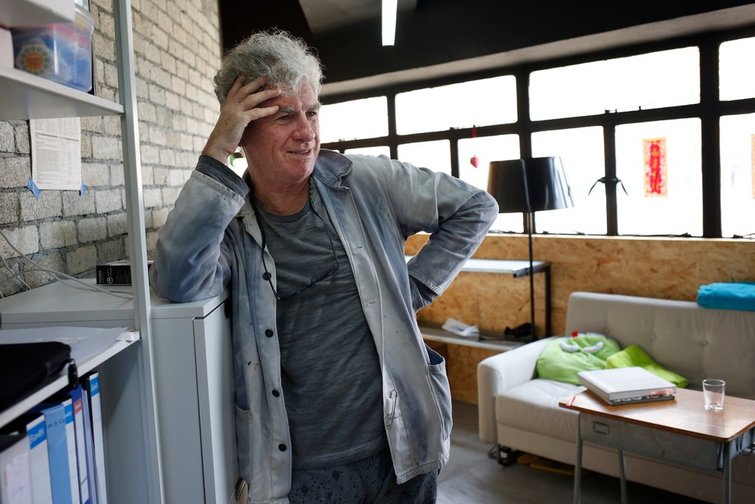 Doyle finds his truth in a variety of practices and real-life experiences. Image via Kin Cheung/​AP/​Shutterstock.

Continuing his creative endeavors from his Kowloon Bay studio, Christopher Doyle is the definition of a man still at it. He has, in recent years, contributed to two projects led by cherished dissident artist Ai Weiwei, co-directed a film with friend and peer Jenny Suen, and — perhaps most notably — directed Hong Kong Trilogy: Preschooled Preoccupied Preposterous, his avant-garde portrait of modern Hongkongers.

Blurring the line between documentary and narrative fiction, Hong Kong Trilogy is an inescapably political glimpse at three generations of Hong Kong. Like a modern day Symbiopsychotaxiplasm, Doyle turns real places in Hong Kong into surreal waking dreams, depicting real Hongkongers speaking in their own voice, breaking apart reality to show us truth. Having been produced at the height of Hong Kong’s Umbrella Movement, the film offers an empathetic view of the 2014 Occupy Central demonstrations and features candid interviews from Hong Kong residents young and old.

It goes without saying that Christopher Doyle is a master of composition and color. So, it should come as no surprise that this gift would manifest in other forms. For years, he has practiced mixed-media painting and paper collage. Much like his photography, his collages are simultaneously chaotic and elegant, imbued with vivid color and rife with expressive texture.

His practice of mixed-media is indicative of his method — to be open and working on one’s self. By practicing this novel discipline, he bolsters his artistic sense, expanding his understanding of shape, color, and beauty. In this sense, Christopher Doyle, the Australian-born, ethnically European, multilingual Mandarin student turned world-renowned cinematographer, is a true multidisciplinarian.

In an episode of the CNN series Parts Unknown, the late Anthony Bourdain spends time with Doyle in his studio, where they reflect on the story of Hong Kong and the innate beauty of all things. It’s here we get a candid look at the cinematographer’s other artistic pursuit, that being collage. As he pours gray ink onto a bright white sheet of paper, Doyle reveals his thoughts to Bourdain:

I don’t watch movies, I don’t watch other people’s work. I can’t draw, but I know if you put this and move it around a bit, it may take you somewhere. So, to me, collage is like the unexpected put-together to perhaps suggest something that you never thought of.

Doyle often claims to “not be very technical” and describes his becoming a filmmaker as a sort of accident. If not by design, then perhaps this brilliant filmmaker found his calling by some other mechanism — his lust for life and his openness to the world as it is. His work with paper collage exemplifies this attitude. In this practice, he quite literally throws images together to see where that chaotic union of color and shape will take him.

We can all take note from Christopher Doyle and open ourselves to new experiences. Find something novel — a new discipline, an unlikely hobby or interest — and pursue it. Whether it’s sketching, cycling, dancing, or writing, a new practice can only expand the path you’re already traveling.

In an interview with ARRI, celebrating one hundred years of the iconic camera brand, Doyle elaborates on this virtue of adaptability. He describes the Eastern mindset of filmmaking, having worked primarily on low-budget Chinese-language cinema through most of his career. He tells ARRI,

I think I take much more pleasure in this Asian process, which is finding the film rather than creating a film. 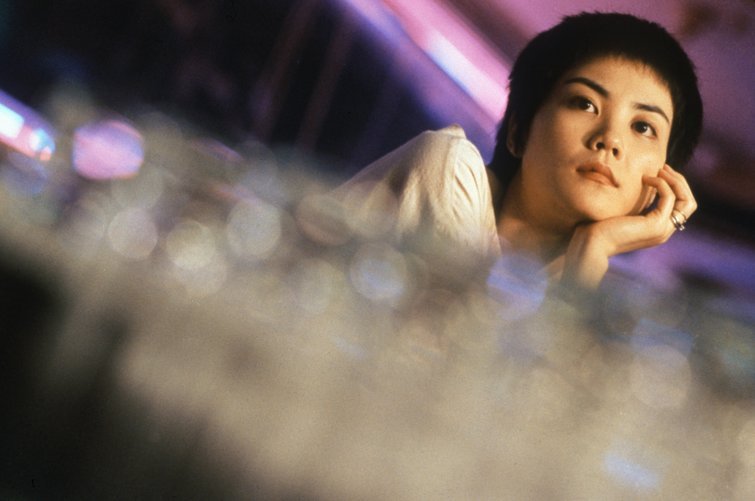 The filmmaker, again, demonstrates his reverence for openness, taking whatever comes his way and making the most of it. He often recounts his experience working with director Wong Kar-Wai, filming in tight spaces, utilizing whatever settings were available, and working with the colorful madness that is Hong Kong.

In fact, the duo famously filmed much of Chungking Express in Doyle’s own modest apartment, located in Hong Kong’s Central district. Their run-and-gun approach made films like Fallen Angels and Happy Together possible, kinetic films that embrace grit to depict heightened reality and raw tenderness. 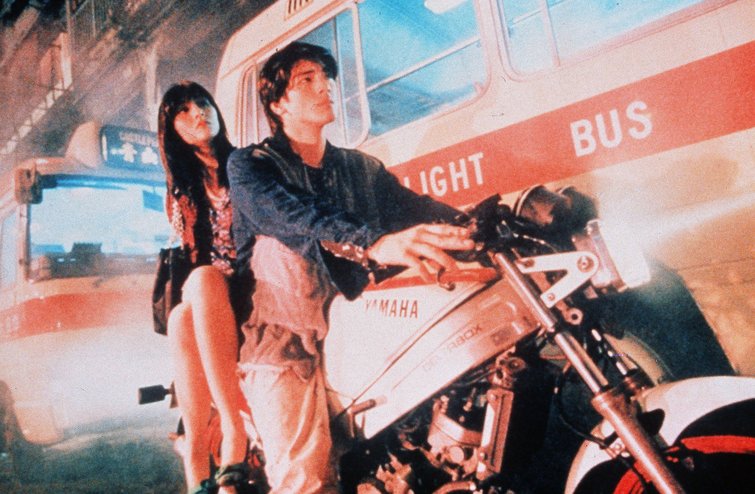 So, perhaps all it takes to make the next Chungking Express is a bit of flexibility. Rather than allowing circumstance to hinder your work, let it inspire you. Sure, that’s easier said than done, but you might just find something unexpected.

Give Voice to the Unspoken

In another great moment from the Hong Kong episode of Parts Unknown, Christopher Doyle and Anthony Bourdain visit the picturesque Tai O village, accompanied by Doyle’s friend and co-director Jenny Suen. The greatly preserved fishing village, located on the western coast of Lantau Island, was the setting for Suen and Doyle’s 2017 film The White Girl.

While sharing a drink, Bourdain asks Doyle about change and the slow disappearance of the region’s culture, a product of gentrification in the city and the increasingly long arm of Mainland China. Doyle’s answer is quite eloquent:

The only function of what we do, with art or anything, is to give voice to the unspoken, to give it a form that it has never been perceived in before. We can’t change the evolution of history or the gentrification — you can’t stop that. But, at least you can say: Look what you’re losing.

This view of life and art is striking, as it venerates an acceptance of change, but also devotes a responsibility to document it, understand it, and engage with it. It lines up perfectly with the philosophy of finding the film. He goes on to say that all a filmmaker can do is, “Give an image to an idea.” That is how he and Suen create with integrity. They give an image to an idea, acting as that idea’s vehicle rather than its creators.

In times like ours, an era marked by widespread political unrest and an ongoing global pandemic, it may serve filmmakers well to pivot away from creating something fresh or unimagined and toward synthesizing the moment, this unprecedented, redefining Now.

If we creators can humble ourselves, we can take on the role of messenger, lending a voice to the unspoken. With so much to be said, maybe a messenger is just what we need.

Christopher Doyle’s openness to life and adaptability to circumstance have made the filmmaker into the man we now know him to be — an icon who celebrates light and color that’s found rather than created. Aspiring filmmakers can follow the Doyle’s example — find a new discipline, practice living life, and find the film.

Explore the work and philosophies of the best filmmakers in the world:

Analyzing the Vast and Versatile Cinematography of Janusz Kamiński

How Reed Morano’s Cinematography Turns the Camera into a Character 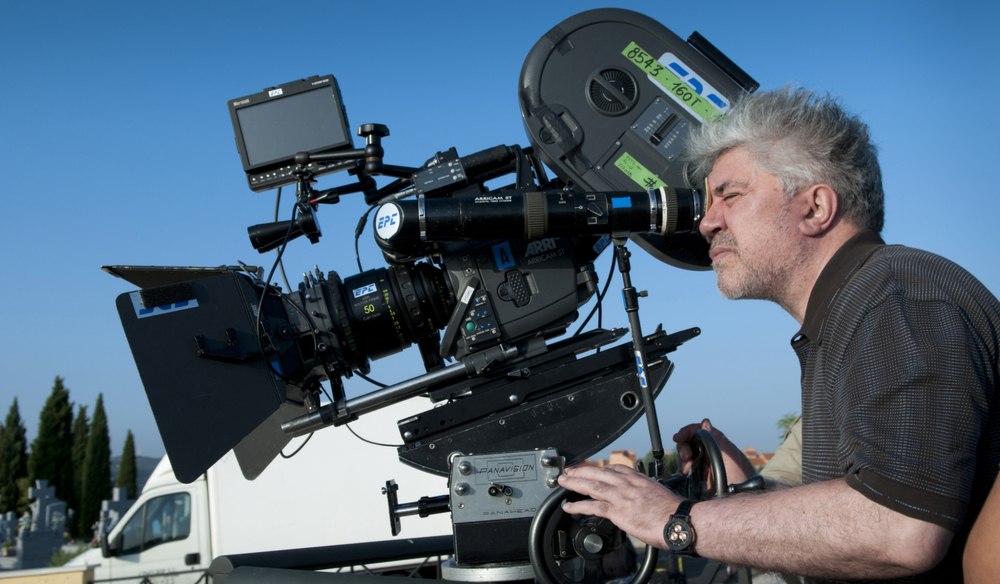 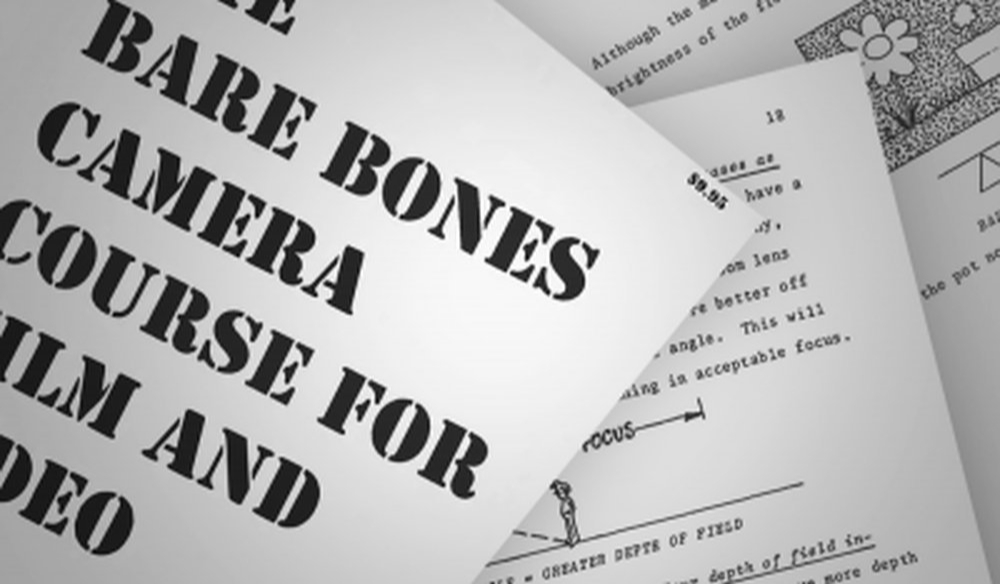 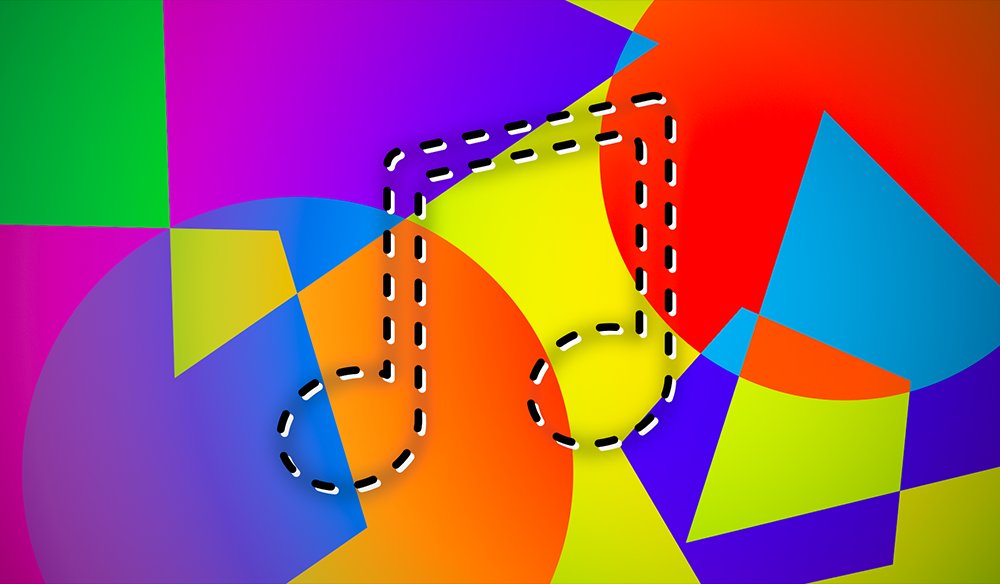 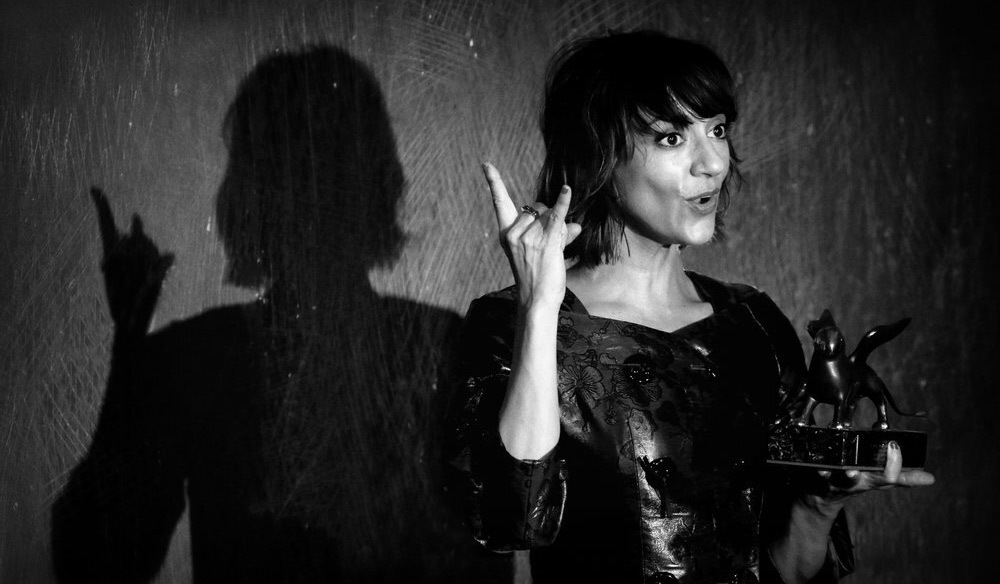