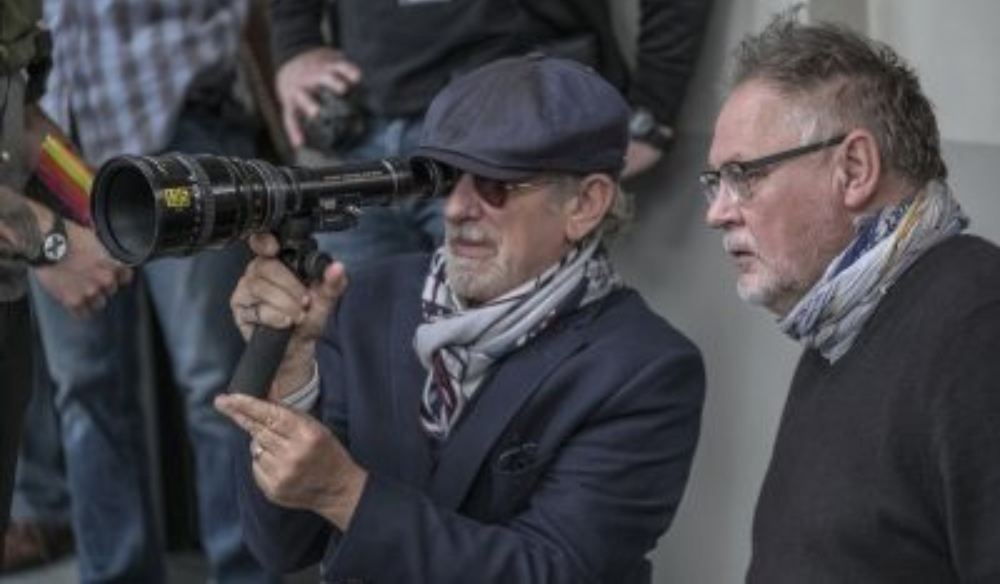 Analyzing the Vast and Versatile Cinematography of Janusz Kamiński

As the longtime collaborator of Steven Spielberg, Janusz Kamiński has been instrumental in bringing a wide range of cinematic classics to life.

If there’s one thing that stands out about both Janusz Kamiński’s career and cinematography, it’s the sheer magnitude and range of his abilities. Starting with Grim Prairie Tales in 1990, a small budget indie horror film, Kamiński has worked at a staggering rate, often completing several projects a year. He’s heading into four decades of prolific creation.

And while Kamiński has worked with several big name directors like Cameron Crowe (Jerry Maguire), Judd Apatow (Funny People), and James L. Brooks (How Do You Know), Kamiński will perhaps always be best known as the right-hand man to perennial Hollywood auteur Steven Spielberg — with whom Kamiński has collaborated on 18 films (and counting).

From his first big break with Spielberg on Schindler’s List, Kamiński has partnered with the blockbuster director throughout a later career resurgence. Their work includes a wide range of projects and hits, from gritty war films like Saving Private Ryan, to high-concept action sci-fis like Minority Report, to acclaimed biopics like Lincoln, and even 3D animated journeys like The Adventures of Tintin.

Along the way, as a dutiful partner to Spielberg’s obvious and all-around talents for storytelling, Kamiński has been able to similarly adapt his cinematography stylings to fit projects and narratives of all sorts. Still, at the heart of his work, many of his core cinematography principles stay the same, forming guiding light all cinematographers and filmmakers can follow when facing wide-ranging projects and advancing technologies.

Starting in Light and Darkness

Going back through Kamiński’s filmography, I love that the initial opening shot in his first collaboration with Spielberg is not a giant sci-fi robot, an epic battle scene, or a mystifying 3D animation. It’s simply a close-up frame of darkness, lit by the striking of a lone match in Schindler’s List.

Kamiński has certainly had plenty of opportunities to flex his creativity and cinematography prowess throughout his career, but it’s his first collaboration that serves as the best example of how he views cinematography. The power of light and darkness is the true key to any of his compositions. Regardless of whether you’re shooting dramatic low key or sensible high key on your projects, the use of these basic elements is highly important to how cinematographers can begin to bring their projects to life.

I think each story has its own representation. Of course, I’m the one that puts my own little imprint, not consciously, I’m sitting there thinking that’s what I’m going to do. I express myself through cinematography. And, apparently to you and others, it’s very obvious that there is certain resemblance from one to another — or certain motifs or elements from one movie to another.

As a DP, Kamiński has had to adapt his style to a wide variety of projects. To meet these demands, he has grown a “form follows function” mentality in shaping the visual looks of his projects. Kamiński acknowledges that he’ll always be expressing himself and adding his own character to everything he works on — consciously and unconsciously — but he also acknowledges that not every project should look the same. In fact, most of the time they’re going to be dramatically different.

The lighting structures for a black-and-white historical drama film like Schindler’s List, while the same in principle, are going to differ for a romantic comedy like Jerry Maguire, or a child-friendly animated adventure like The BFG. However, in every case, Kamiński finds a way to adapt his form to follow the function of the director’s story he’s trying to represent.

I think the idea of de-glamorizing the images, strangely, I’ve always been interested in that. I didn’t want that classic Hollywood light. You know, a little bit more naturalistic looking…

One of the best ways to fully dive into Kamiński’s cinematography is to break it into three different types of films that he’s worked on — again, largely in collaboration with Spielberg. The first grouping is his naturalistic war, spy, espionage, and drama films, including examples like Schindler’s List, Saving Private Ryan, Munich, Bridge of Spies, and The Post. You can hear Kamiński talking about his naturalistic process for “de-glamorizing” his images in this great round table discussion with his other acclaimed DP colleagues, including Hoyte Van Hoytema, Rachel Morrison, and Roger Deakins.

For these projects, Kamiński uses elements of documentary storytelling, a penchant for in-the-moment camera movements, including up-close-and-personal handheld and steadicam setups, and bleach bypass grainy film looks with reduced saturation and increased contrast.

The second cinematographic style you could classify many of Kamiński’s projects as would be in a big-budget blockbuster group, including major action, adventure, and sci-fi films. These include the franchises for which Spielberg and Kamiński are perhaps best known to audiences worldwide.

While drawing from past installments (as is the case for Kamiński picking up the Jurassic Park and Indiana Jones franchises from previous DPs) and influences (as is the case with Kamiński pulling from Stanley Kubrick for A.I. and Orson Welles for War of the Worlds), Kamiński has repeatedly been tasked with bringing some of the most ambitious major cinematic spectacles to life.

He does this by combining his own unique naturalistic looks and techniques with Spielberg’s heavy emphasis on pre-visualization technology and an astute eye for control and detail. You can watch a lot more on the Kamiński and Spielberg intense pre-viz production process in this series on the making of The War of the Worlds.

Embracing Cinematography for CGI and Animation

And finally, the third cinematography grouping of Kamiński’s films is the future-minded stylings that come from embracing CGI and animation. From the fully 3D computer-animated adventure film The Adventures of Tintin, to the hybrid live action and computer-generated feature The BFG, to many similar elements in CGI-heavy projects like Indiana Jones and the Kingdom of the Crystal Skull and Ready Player One, Kamiński has had to push himself even further into new technologies to bring his cinemagraphic sensibilities to life.

By this point in Kamiński’s collaborative career with Spielberg, he’s moved far away from that initial black-and-white shot of the match, as he’s been challenged to embrace the forefronts of modern technological filmmaking. Still, while the spectacles have grown, the shots remain the same.

Using Ready Player One as the best example of how new technologies will shape the future of cinematography, we have Kamiński choosing to blend both CGI renderings of outlandish worlds and characters with some of the most complex renderings of human characters and real environments. You can watch some cool VFX breakdowns on this by Digital Domain, as well as in the behind-the-scenes featurette above, which — while, of course, focusing on Spielberg’s insights — you can see Kamiński there on set, viewfinder in hand, sizing up how he’s going to adapt to shoot the next shot.

For more filmmaking insights and cinematography breakdowns, check out these articles below.

Cover image of Janusz Kamiński with Steven Spielberg on the set of The Post via 20th Century Fox.