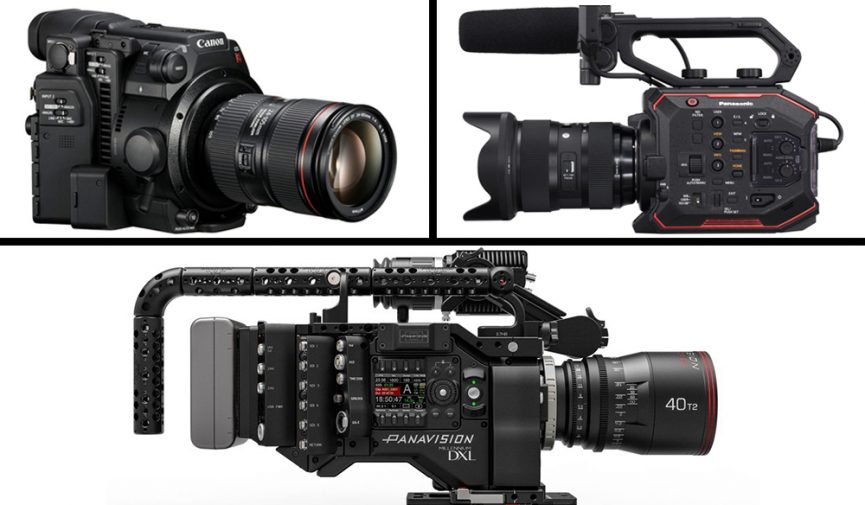 Canon and Panasonic go head-to-head with their latest cameras, and Sony and Panavision announce major updates to their cine cameras.

Several major camera manufacturers compete for the best of Cine Gear, and shooters everywhere are the real winners. Let’s dive into the announcements from Canon, Panasonic, Sony, and Panavision.

Canon came out swinging with the announcement of the 4K- and RAW-capable Canon C200. The camera uses Cinema RAW Light to capture RAW footage on CFast 2.0 cards, giving users up to fifteen minutes of RAW footage on a 128GB card.

Here is a glimpse at the specs:

Not to be outdone, Panasonic later announced the impressive EVA1 Super35 camera. The new Panasonic camera comes with a native EF mount, and it can capture crisp 4K footage up to 60fps using its 5.7K sensor.

Take a look at the camera in this video from Cinema5D.

Here are the Panasonic AU-EVA1 specs:

During Cine Gear 2017, Sony sent out a press release announcing a new full-frame CineAlta camera. While they haven’t announced the camera’s name or released any photos, they did mention that their engineers are researching the body in collaboration with cinematographers, directors, and DITs.

Here are the CineAlta specs they were willing to announce:

A year after announcing the revolutionary DXL camera from Panavision and RED, the camera earned quite a few upgrades and updates.

Read more about the updates to the Panavision DXL at No Film School.

What are your thoughts on the latest camera announcements? Let us know in the comments.