How to Create a Harry Potter-Inspired Flashback in After Effects

Need a flashback sequence for your next project? Take a page out of the Harry Potter playbook with this After Effects walk-through.

Fantasy and sci-fi genre films are often at the forefront of new and exciting filmmaking techniques for portraying a different reality. While a lot of these techniques are unique to these genre films, sometimes we can take a new idea for something like a flashback sequence and give it our own spin.

In Harry Potter and The Deathly Hallows: Part 2, we were treated to this beautiful sequence:

It’s the scene that — spoilers — proceeds Snape’s death, and Harry takes a vial of Snape’s tears to the Pensieve to review his former nemesis’s memories. One of the takeaway effects from this sequence is the ink drop transition, which became a hot effect to try and replicate.

However, one of my favorite elements from the sequence is how they display the memories. A tried-and-true device for flashbacks is to use a bloom or glow to represent the past; however, in this sequence, due to how Harry is viewing the memories (in the Pensieve’s water), there is an organic movement to the footage that the filmmakers added in post-production.

After some analysis, it looks similar to a moving-water effect. There are three methods (that I can think of) at work here: skewing, rotation, and digital zoom. (Although the last two are used sparingly, it’s primarily the skewing of the footage that gives the sequence its unique, watery feel.)

Recently, after watching the sequence, I combed through my After Effects effect library searching for the distortion tool that would give me the same effect, as I assumed it surely wouldn’t be as easy as animating the skew, but, well, it is.

Kind of. Let’s start with this image. 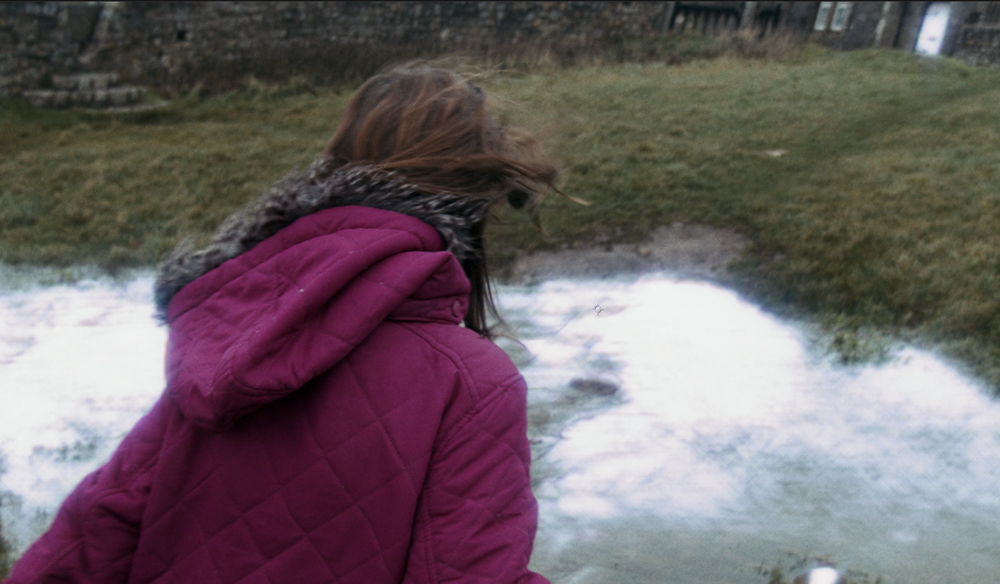 Many of the scenes from the Harry Potter sequence are in slow-motion, and I find that using slow-motion footage will yield a better result.

Import your footage into After Effects, create a new composition, and add the Transform effect from the Distort category in the effects library. You may be thinking “Lewis, why don’t we just open the transform options on the clip itself?” As you can see below, the skew is not among the basic transform options. 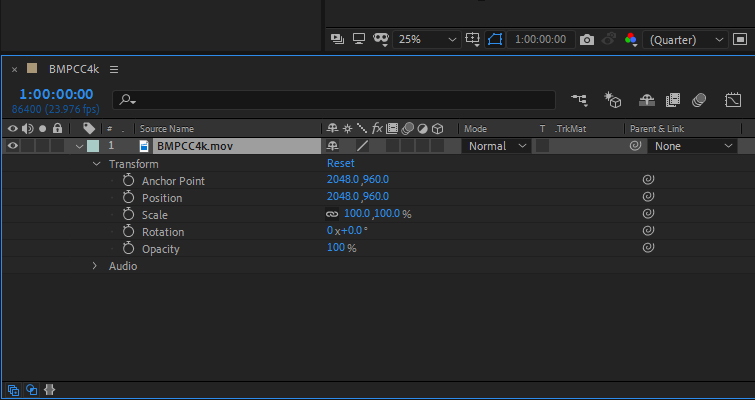 Since we will be distorting the footage beyond its standard aspect ratio, we’re going to see beyond the contents of the video — meaning a black matte. Therefore, we’re going to have to increase the scale slightly. I’ve set mine to 115. Since we’re distorting the footage, you don’t have to worry too much about losing the clarity of your image. By default, the skew is vertical and not horizontal, so we also need to change the axis to 90°. 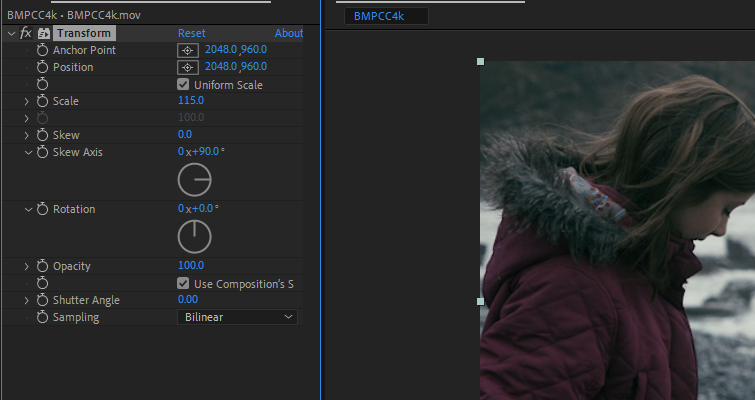 Select the keyframe stopwatch, head to the timeline, and press U after selecting your clip. You should now see the keyframe timeline for that effect. How far you want to skew your footage and how fast you want the skew to switch position depends entirely on the effect you’re going for. In the Harry Potter footage, the effect is predominantly slow and minimal.

Therefore, I’ve set my first keyframe at 15, which will skew the composition to the right, and then three seconds in, I’ve set another keyframe at minus 15, and this repeats for the shot. Finally, you want to change the keyframe to an Easy Ease keyframe, so the transition from left to right isn’t abrupt. 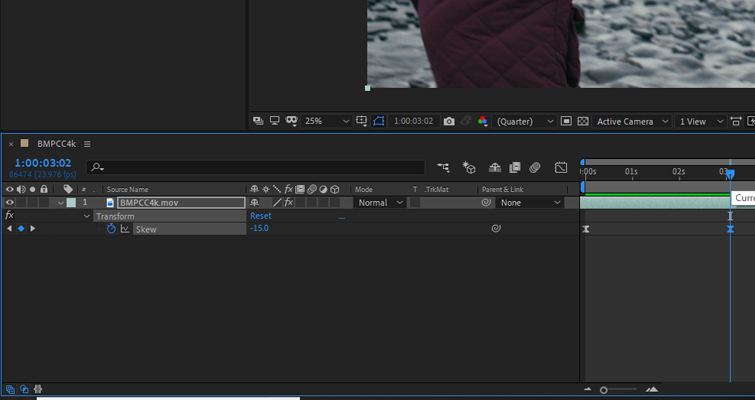 I found that if you skew the footage in the direction of the on-screen action, it offers a more pleasing result. For example, using my footage below, I skewed the footage to the right when the young girl threw the rock in that direction.

Given the unique effect, achieving the look is surprisingly simple. If you refer to the Deathly Hallows sequence, you can see that the filmmakers increased the skew when the shot was a close-up and reduced the effect on wide shots. Secondly, they also didn’t repeat the skew using the same repetition throughout the entire sequence. In some shots, the footage skewed from left to right, then on the cut, the next shot skews from left to right again. But hey, that’s how the filmmakers behind Harry Potter did it — you can give it your own touch.

For my sequence, I’ve added Trapcode’s Starglow to the highlights for a more otherworldly feel, but I’m happy with how trippy the skew makes the footage look.

Looking for more After Effects tips and tricks? Check out these articles.