Here’s a video tutorial on how to recreate the spill and power of a popular powerhouse light with little to no budget at all.

Thank goodness for YouTube. Whether you’re talking about editing, cinematography, or storytelling, YouTube creators like YC Imaging use the platform to pay what they know forward and help out their fellow filmmakers. In this tutorial, we learn how to build an “Aputure 120D-like” light for close to $50. Now, obviously the 120D with a Light Dome is an amazing piece of equipment that’s single-handedly improving the quality of videos everywhere, but not everyone can afford the $600 light. So here we are. Let’s break down each part of the build and go over how to rig up a cheap light that yields good results.

So the first thing you need is a clamp light and hood. These clamp and light sockets have been around as long as your parents, and they’re still reliable. (I used to use these with my buddy while filming short films in college.) They’re cheap as can be, and for this particular build, they’re just what we need. The hood is aluminum, so we’re already getting some added reflection, making the light that much more powerful.

For the light bulb, you want something pretty powerful. The tutorial uses a LED floodlight with a daylight temperature and a strength of 1070 lumens. Unlike the Aputure 120D, which allows you to control the strength of your light, you’re pretty much stuck with whatever brightness you choose.

However, you can build a dimmer for the light that will help you control its brightness. Here’s how to build one for less than $25:

For the actual diffusion, to mimic the soft light you get from a Light Dome, all you need is a shower curtain liner. Yep, it’s that easy. One of the best aspects about using a 120D with a Light Dome is how soft and even the light is. So to emulate this, you’ll cut the shower liner and attach it to the light with gaff tape. Oh yeah — you need gaff tape.

(Also, here’s a video on shower curtain diffusion in other lighting situations.)

Make sure to find or buy a medium-sized cardboard box. First, cut off the end flaps so that it’s just a connected cardboard circle. Then you’ll want to roll the cardboard on the ground to loosen it. (This makes it easier to bend.) This board will be the Light Dome, so it needs to be able to wrap around the clamp light. Make sure to buy the clamp light first so you can determine what size box you need. 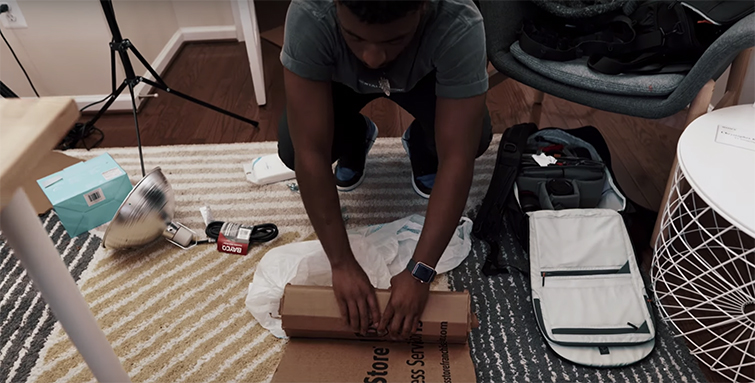 Once you’ve bent the cardboard enough to create a usable tube, wrap one side of the board in aluminum foil. You can do this with gaff tape (remember, it doesn’t have to look pretty). This will help intensify the light as it will bounce around and create more luminance.

Attach the Clamp Light to the Dome 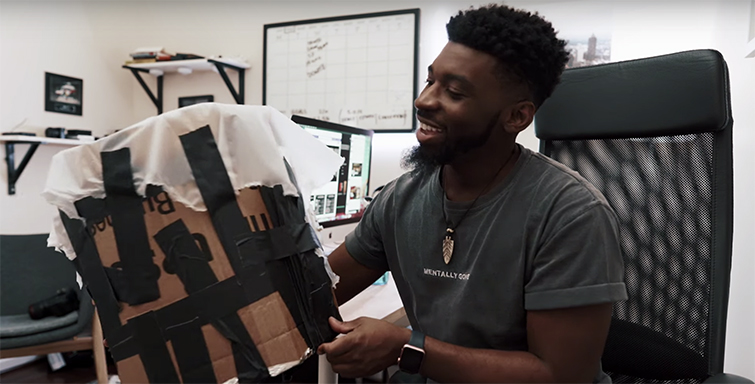 This part gets a little messy. “Messy” as in this will not look glamorous or even professional, but it will work. So to attach the light to your “dome.” The process is as simple as taping it any which way that works. In the video, it certainly doesn’t look like much, and it requires a substantial amount of gaff tape. Make sure you leave room and don’t cover up any of the cords or the clamp. You’ll need a little bit of wiggle room to mount it later.

Once you’ve done this, cut the shower liner and tape it to one side of the dome. This is where the light will spill out, so cover the opening entirely. Once you’ve taped it on and mounted the light to a proper stand, you’re ready to go. 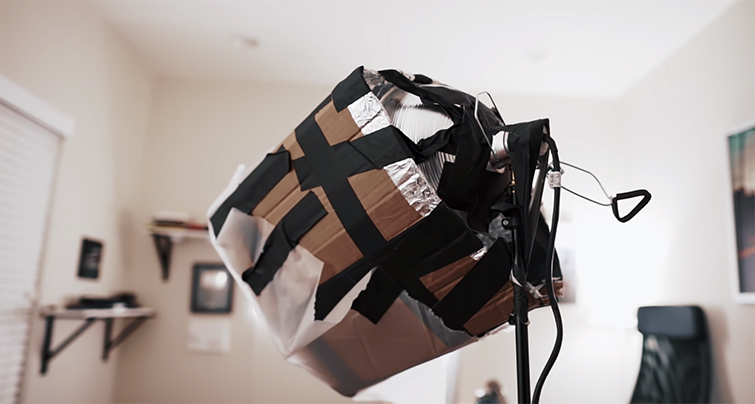 This is not pretty, and it seems janky, and it probably won’t last very long. But, if you’re low on funds, in a pinch and need a fill light at the last minute, this can get the job done.