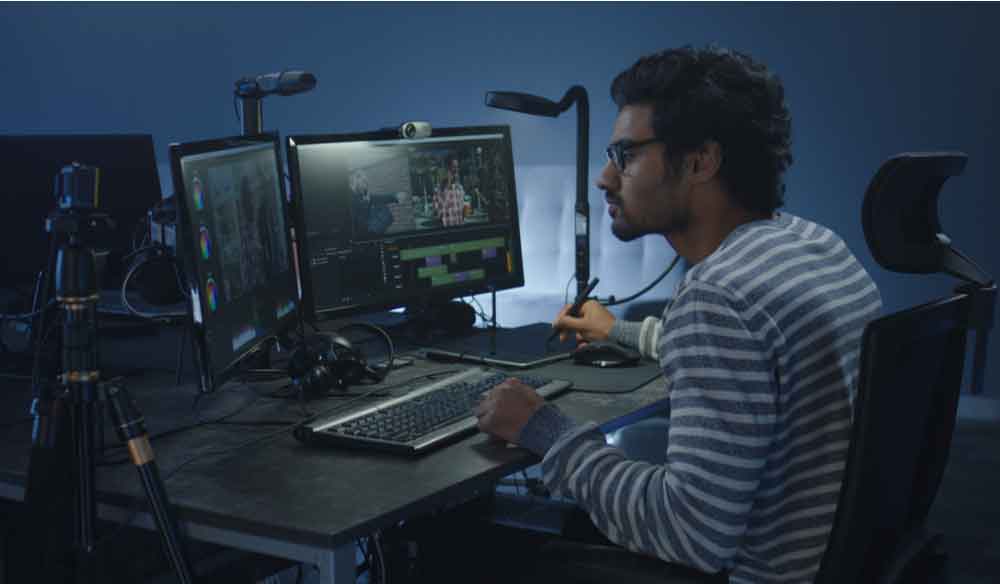 Editing Tips: How to Make Your Video Projects Shorter

Kill your darlings! A quick guide to cutting down your projects to make them shorter, tighter, and actually flow better.

In literature, there’s a famous saying—kill your darlings. The big brains over at MasterClass explain it perfectly:

“Kill your darlings” is a common piece of advice given by experienced writers. You kill your darlings when you decide to get rid of an unnecessary storyline, character, or sentences in a piece of creative writing—elements you may have worked hard to create but that must be removed for the sake of your overall story.

Kill your darlings. That’s really such a good way to put it, because making those judicious edits can be hard! For filmmakers and editors, it means taking out some of your very favorite shots. It means removing scenes that required blood, sweat, and tears (and maybe even catering}. And it means even a sequence that looks and feels perfect has got to go if it isn’t inline with a project’s overall pace and/or structure.

Perhaps the toughest thing to stomach about the whole kill-your-darlings concept is that, damn it, it’s just so legit. It’s almost always the right move, because emotional attachment is almost always what makes projects too lengthy, too slow, or simply not flow.

So, gird your loins and tap into the coldest part of your heart, because it’s unlikely anyone else has got the chops to take that chatty, meandering diner scene out back and do what needs to be done.

As that darling scene looks up at you with big, innocent eyes—remember how much fun we had shooting in that vinyl booth for six hours? I’m so glad we skipped your car payment to rent that ARRI! Why are we behind the shed?—just remember that you’re not alone.

Greater sacrifices have been made by greater filmmakers than us. And, while it may be painful at first, there are plenty of reasons why it’s necessary, and helpful, to your project overall.

Let’s take a look at all the ways and reasons why you might want to shorten your project with these editing tips and tricks.

Cut Down Intro and Outro Titles and Credits

If you need to decrease your runtime, I recommend taking a look at your intro and outros. As we’ve written about in the past, over-long titles and credit sequences are a common film school cliché that’s to be avoided. Not only does it not add to the narrative experience, it simply drains the audience by adding on unnecessary seconds and minutes loaded with information that likely belongs in the description box.

So start there. As a first cut, editing these down can potentially shave several minutes off a short film or project that just feels too long.

Another cliché—the overly-long establishing shot. We get it, you took the time to storyboard, shot list, and put together a beautiful array of different shot types and interesting angles for your sequence or scene. However, while each shot might look visually stunning and cinematically important to your film, not every shot has to be used—much less at length.

Establishing shots can help set the scene, of course, but if you’re looking to cut things down or speed things up, they aren’t always necessary. So, unless they’re conveying some information relevant to the project or story—snip snip.

An experiment you can try in the edit of a project is to take out all your establishing shots (especially any longer ones with lengthy camera moves). It can be a bit jarring, but also fun for an audience to enter a scene abruptly, as they have to figure out a little bit more about the who/what/when/where/why without it being fed to them in the first shot.

Making quick cuts or leaving a scene early is another crafty way to keep a project moving and make it flow better. There’s a term and technique in the industry known as a “hard cut” or “smash cut” which can be a startling, or abrupt, way to jump from scene to scene.

These smash cuts are often done for comedic effect as a quick bait-and-switch from what the audience might expect to happen in the next shot. You can see some cool examples of this technique in the video above from the Wondershare Filmora Video Editor YouTube channel.

Another helpful technique for narrative shorts and features is to try to tighten-up and quicken your dialogue scenes. Don’t misinterpret this, though. If you have a suspenseful or emotional scene in which slow dialogue plays an important role, keep it that way.

But, in many instances—especially with filmmakers just starting out—dialogue scenes can be quite slow and quickly boring. Unless a scene specifically calls for it, dialogue scenes should be snappy, with little time between lines. Listen to your own conversations with friends in real life, rarely are lines delivered one after the other—real dialogue moves fast and often overlaps.

If you feel your projects are lagging and your scenes are taking too long, try removing beats between lines to speed things up. It’s OK to have your characters’ dialogue overlap and get a bit convoluted at times, especially if it makes things move and feel more believable.

Get a Friend or Test Audience to Decide

Finally, the best piece of advice I’ve ever received for how to handle “kill your darlings” situations and hard-to-make cuts is simply to take the decision out of your own hands. This is especially helpful for any filmmakers writing, directing, and/or editing their own projects, as it can be hard to make cuts to scenes you’ve worked on with conviction.

If you have a filmmaker friend that you trust, or at least a partner or family member whose opinion you feel holds weight, ask them to make the ultimate decisions for you. Is your favorite fight scene unnecessary? Are all your product shots just too much? Sometimes, that second set of eyes is all you might need to make those hard cuts and get your projects shorter, tighter, and flowing better.

Looking for more filmmaking and editing tips, tricks, and advice? Check out these articles: